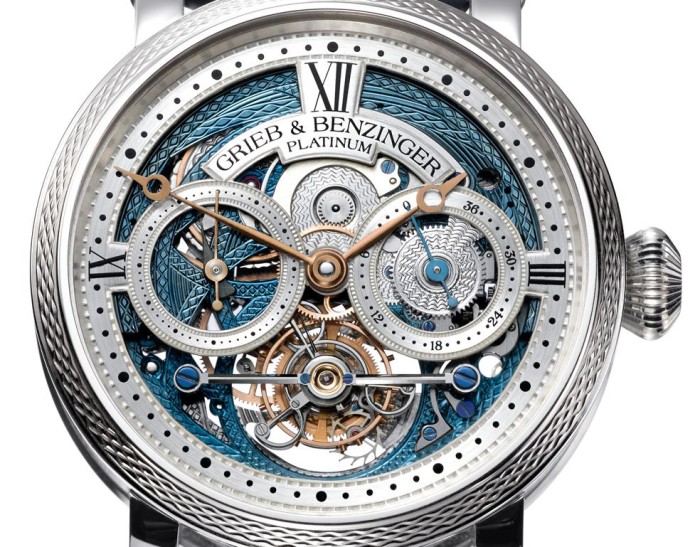 Only 200 pieces of the Tourbillon Pour le Mérite were produced by A. Lange & Söhne between 1994 and 1998. Grieb & Benzinger has now used one of them to create a masterpiece of their own. After twelve months of meticulous work, the watchmaker using their expertise in skeletonization and engraving transformed it to a unique customized timepiece.

The significant design changes made to the watch has given it a full Grieb & Benzinger look as you can see from the above picture. Changes made include hand-skeletonizing and guilloché of the base plate of the Caliber 902.0 hand wound movement. Complicated geometric guilloché work on base plate and bridges forced artisans to move the original drillings, this was achieved by disassembling and adjusting several times and finally reassembling the movement.

Almost all the parts of the movement are hand skeletonized and guillochéd by hand, in addition to being coated with rhodium and rose gold. Its base plate is coated with blue platinum and gear wheels are guilloché decorated. 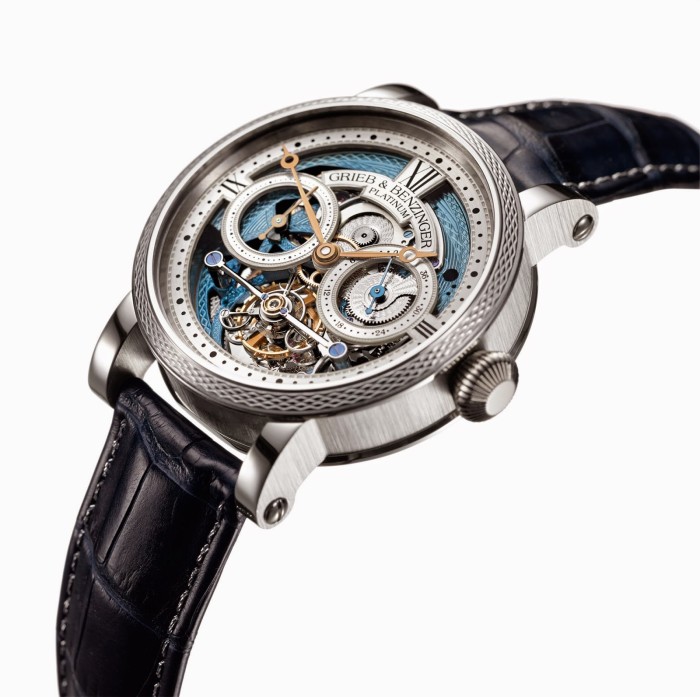 Housed in a 41 mm solid platinum case the Grieb & Benzinger Blue Merit’s silver dial features Breguet frosted finish and rose gold-plated hands that match the rose gold tourbillon escapement. The power reserve indicator is located at 3 o’clock, seconds dial at 9 o’clock and the tourbillon at 6 o’clock. Beautiful decorations and the workings of the hand engraved balance cock is visible through the sapphire crystal case back. 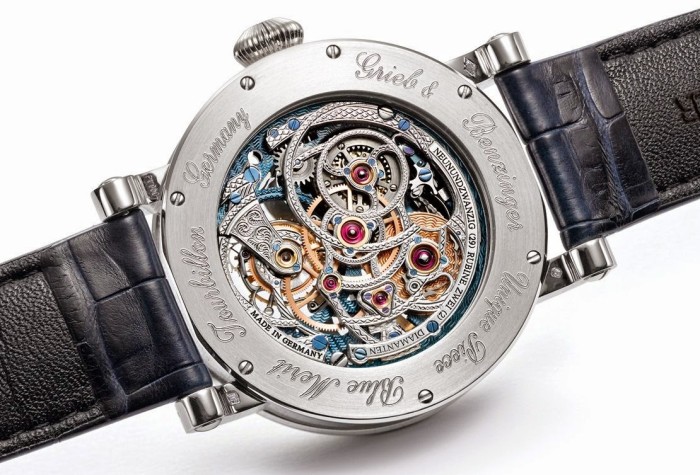