The Newest Addition to the Grand Tradition of Jaquet Droz

In 1738 Frenchman Pierre Jaquet-Droz, introduced an exquisite line of grandfather clocks to the world. These clocks at the time were avant-garde since they had music in them. By mid-1770s Jaquet-Droz partnered with his son, Henry Louis Jaquet-Droz, and neighbor, Jean-Frédéric Leschot and took his unique and signature creation of timepieces to the next level, making a name for himself from royal courts to the mansions of the nouveau-riche. 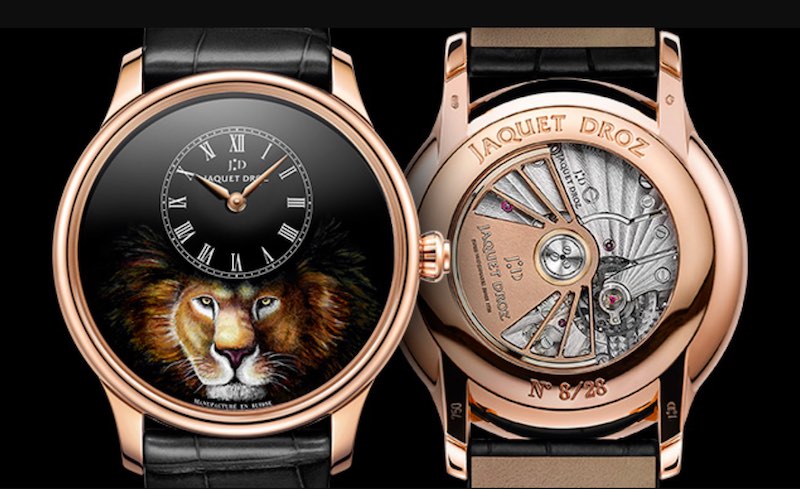 Jaquet Droz’s latest addition to its line is a new rare and limited series called the Petite Heure Minute Lion. The line is specifically limited to 28 Numerus Clausus pieces. In this latest series, the Ateliers d’Art at Jaquet Droz pays homage to the mighty lion -king of the jungle. Since ancient times this largest quadruped of the cat family has been associated with mystique and myth, has been a universal symbol of power and strength transcending cultures and countries. In this latest introduction by Jaquet Droz, the lion, this epitome of awe-filled majesty, grazes the mechanical dial of the Petite Heure Minute. On the face of the timepiece, the Ateliers d’Art at Jaquet Droz has managed to exquisitely capture the intense feline prowess of the lion’s calm yet ferocious expression.

Jaquet Droz has decided that the miniature painting style is the only medium that is capable of doing justice to this awe-inspiring animal. Thus on a 43 mm dial, the lion motif is painted in miniature over a black Grand Feu enamel background. The black background gives the hand-painted lion a life-like quality, making him look like a graceful nocturnal hunter leaping out of the dial at its gazer. The more you gaze at it the more it becomes evident that the reason for the lion’s gaze and fur to be so strikingly life-like on the dial is the intricate and minute hand-painting that has been executed on the watch’s dial by the artists of Jaquet Droz. 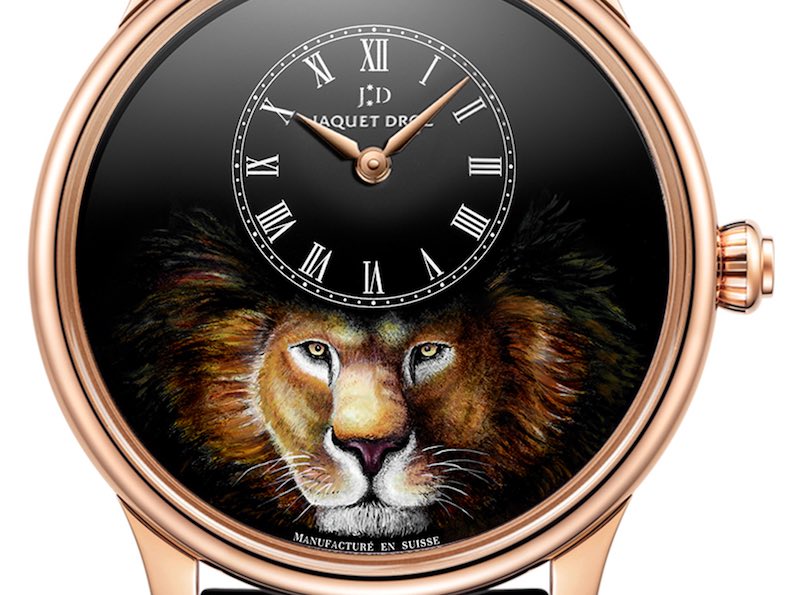 These intricate artistic details have been ingrained in each of these 28 Numerus Clausus timepieces. Each of these 28 has been hand-crafted and has been imbued with slight individual variations in the painting of their dials so that each timepiece is ensured to be one-of-a-kind. Every one of these 28 watches comes with an Ateliers d’Art certificate in which the individual craftsman who worked on that particular Petite Heure Minute Lion provides a description of the artistic techniques used in creating the timepiece.