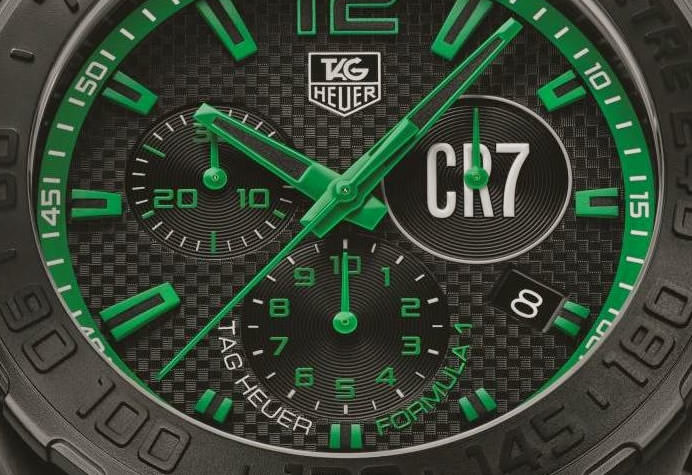 Portuguese star Cristiano Ronaldo maybe having a bad couple of months on the football field. At the recently concluded Baselworld he or rather the special edition timepiece named after him managed to have a good time. Ronaldo, a brand ambassador for the Swiss watchmaker Tag Heuer since last year now have a limited edition timepiece named after himself. The CR7, based on Tag Heuer’s Formula 1 Chronograph boasts a black and green color combination that remind of the football pitch.

To distinguish it from the Formula 1 models, the CR7 comes with a special chequered-patterned dial. The 42 mm steel case and its bezel are made from steel and come coated with titanium carbide. On the CR7 dial, TAG Heuer and CR7 logos in white feature against the black background. The chronograph, with an accuracy to a tenth of a second is indicated by a sub-dial at 6 o’clock. The chronograph minutes are shown by the sub-dial at 9 o’clock, while the counter at 3 o’clock displays the current seconds. The CR7 is not an ultra-luxury timepiece, at CHF 1,450 (around $1,514) it is priced with the regular football fan in mind. 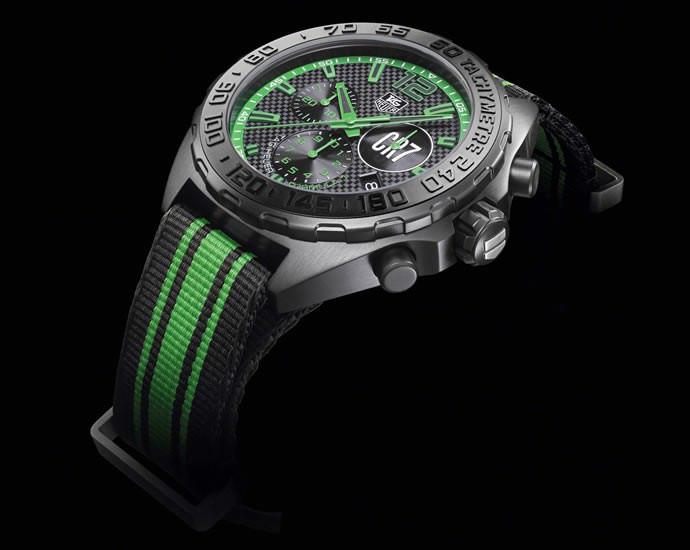 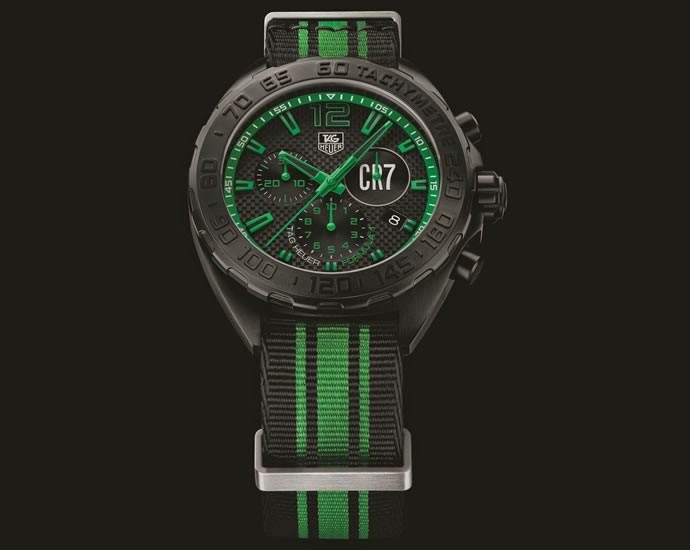 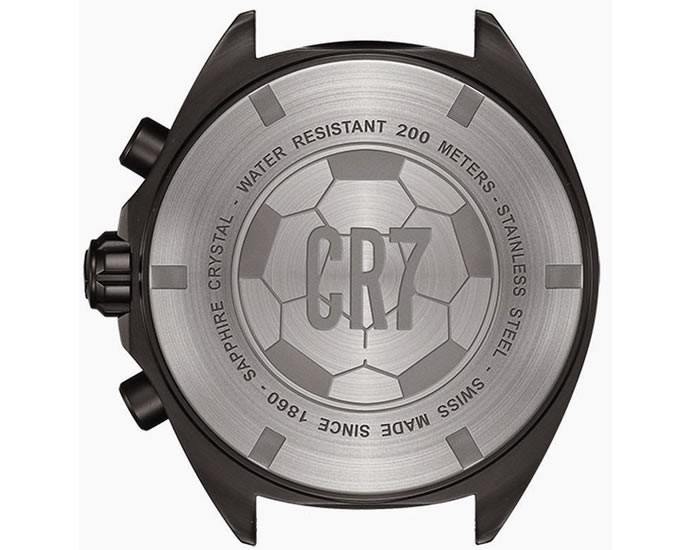