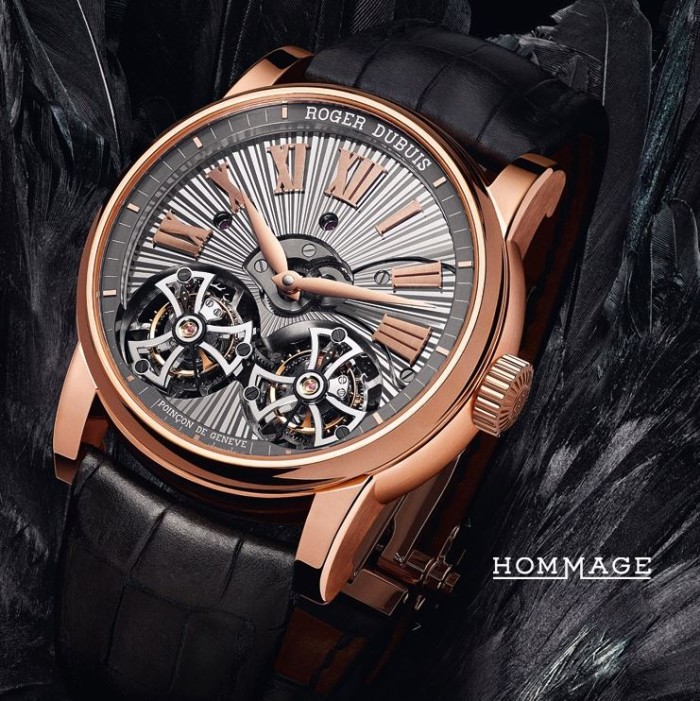 The Roger Dubuis Hommage Double Flying Tourbillon is this year’s headliner for Roger Dubuis at SIHH 2014. And they made sure to keep it under wraps as long as they could before the world premiere. Now we have seen it, everyone can understand why it was kept hidden until the SIHH. Heck of a timepiece, it comes with two flying tourbillons and the watch is absolutely visually pleasing to look.

What adds to the aesthetics is that the dial is decorated with sunburst deep-cut guilloche applied directly to the mainplate by hand giving it a three dimensional look. Doing double duty, mainplate also serves as part of the dial. Encased in a 45 mm 5N pink gold case, the dial features large Roman numerals as wells as hour and minute hands in pink gold. Roman numerals are directly fitted into the mainplate. 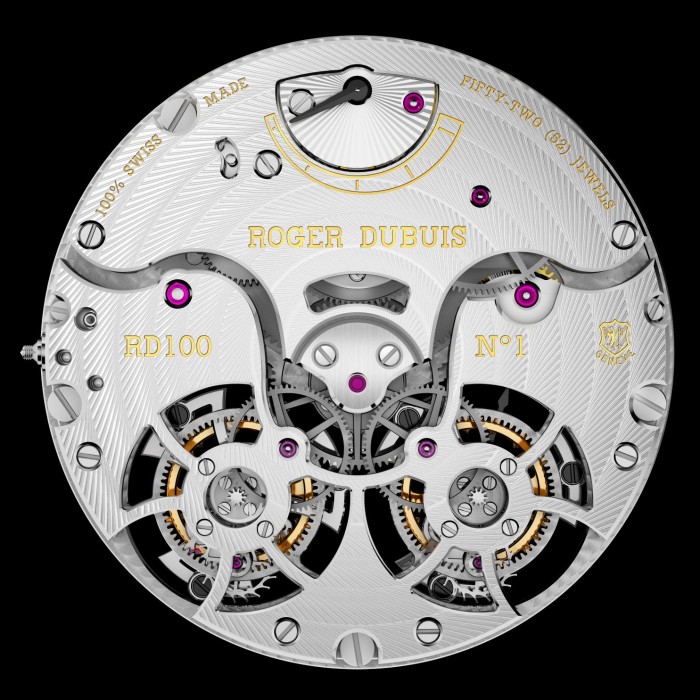 Powered by the rhodium plated Caliber RD100 hand-wound mechanical movement, it has 50 hours of power reserve and a 3 Hz frequency. Visible through the sapphire case back, movement features traditional decorations such as circular Côtes de Genèva and purple screws as well as the power reserve indicator. Geneva seal, limited edition number and Roger Dubuis name/signature are engraved on the back. The 8.8 mm thick movement is made of 452 parts and 52 jewels. Waterproof up to 30 m. 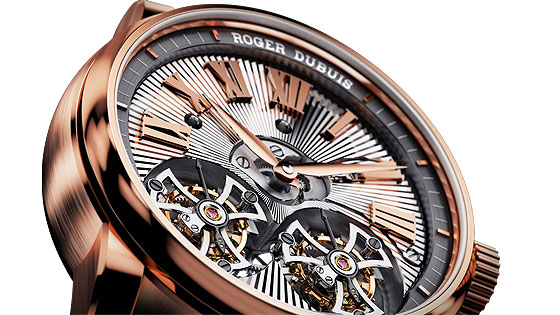 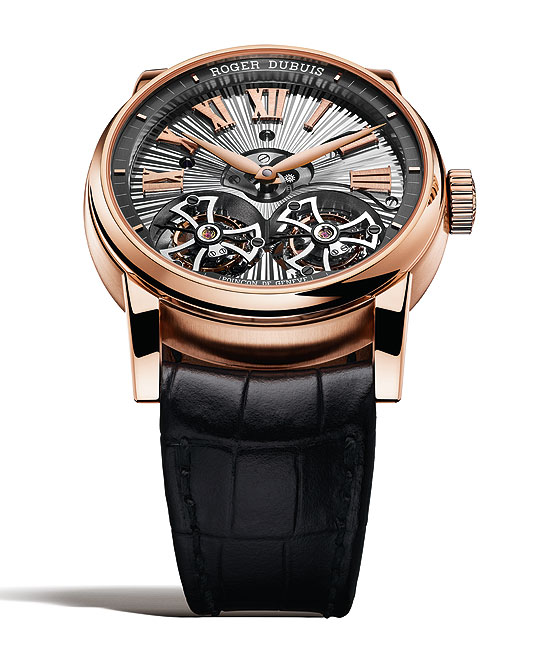 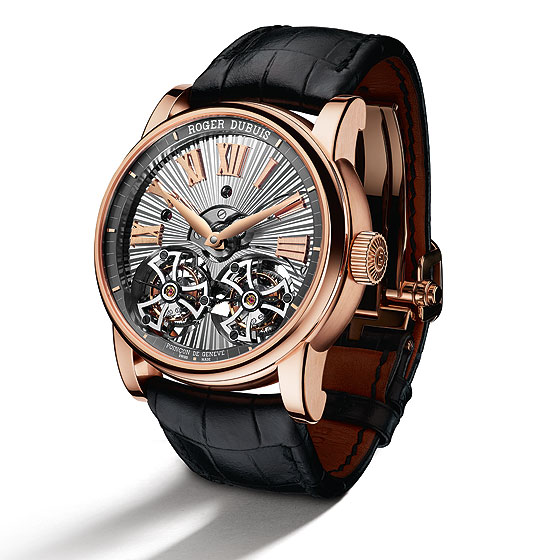 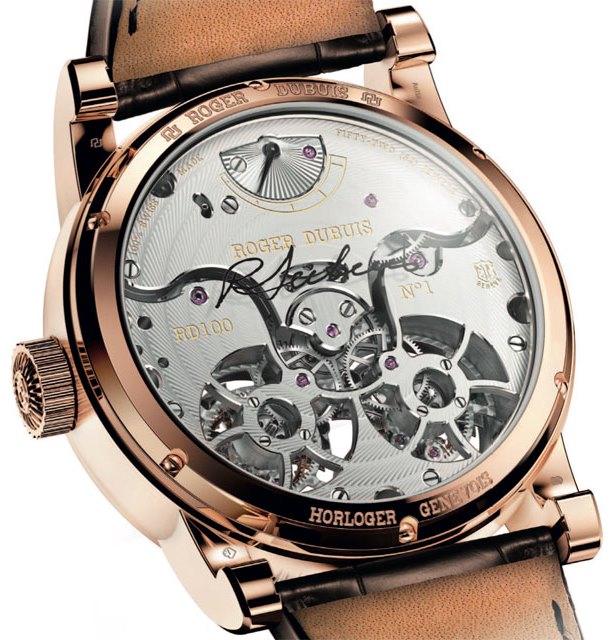