Just in time for French Open, Richard Mille and Rafael Nadal has unveiled their 2017 special edition watch. The new Richard Mille RM27-03 Rafael Nadal Tourbillon Shock Resistance is a limited edition of just 50 pieces with a hefty price tag – $750,000 of them. This price tag is not a surprise when you consider all the money Richard Mille spent on research and development of this high-tech watch. A complicated watch, it took many man hours plus other resources to make. At $750,000 this is not even the most expensive Richard Mille Nadal watch, RM 027-02 from 2015 had a $775,000 sticker shock. 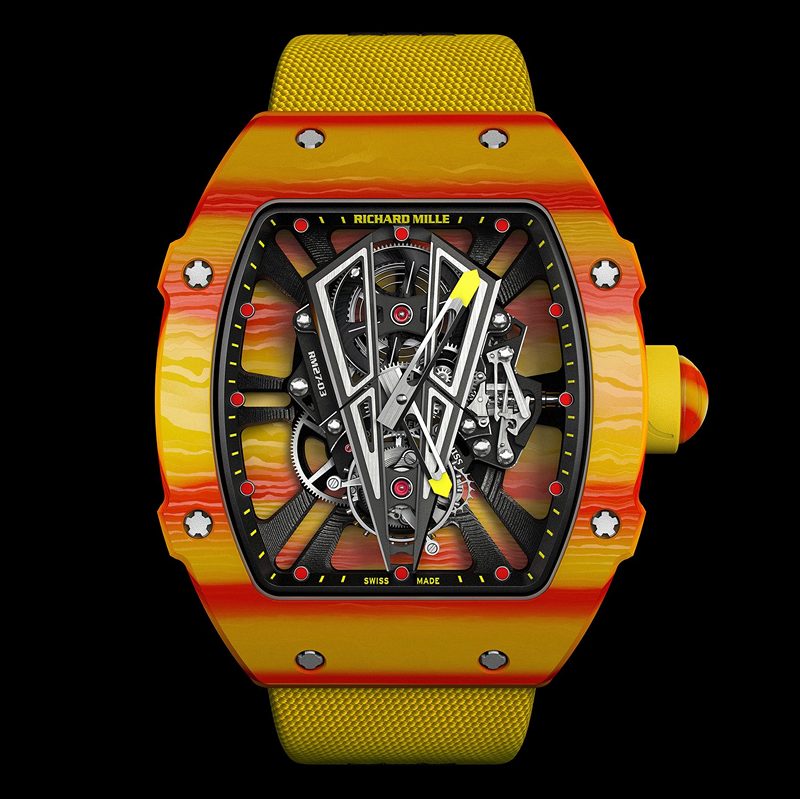 Nadal and Richard Mille partnership is now 10 years old. During these time they introduced a new timepiece centered around Spanish player’s favorite Grand Slam event – the French Open. There is one important line on Richard Mille contracts with their top sports brand ambassadors – players must wear their watches during play – regardless of the sport. Nadal has a punishing aggressive play style, Richard Mille takes that into consideration with timepieces they make for him. 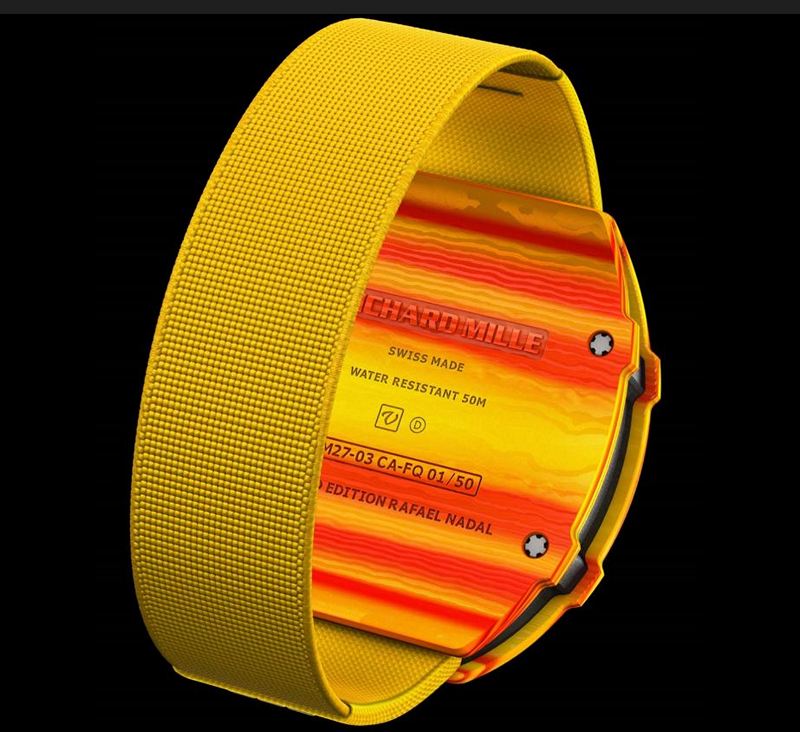 The RM27-03 Rafael Nadal Tourbillon Shock Resistance comes with 10,000 G’s (G-Force) to survive Nadal’s meaty forehands and powerful cross-court backhands. The shock tests Richard Mille performed to achieve 10k G’s included using a pendulum impact tester – meaning they took a hammer to the watch and swung it at 10,000 G’s to see if it can take that beating. It can, and it can easily handle Nadal’s aggressive play on a tennis court too. 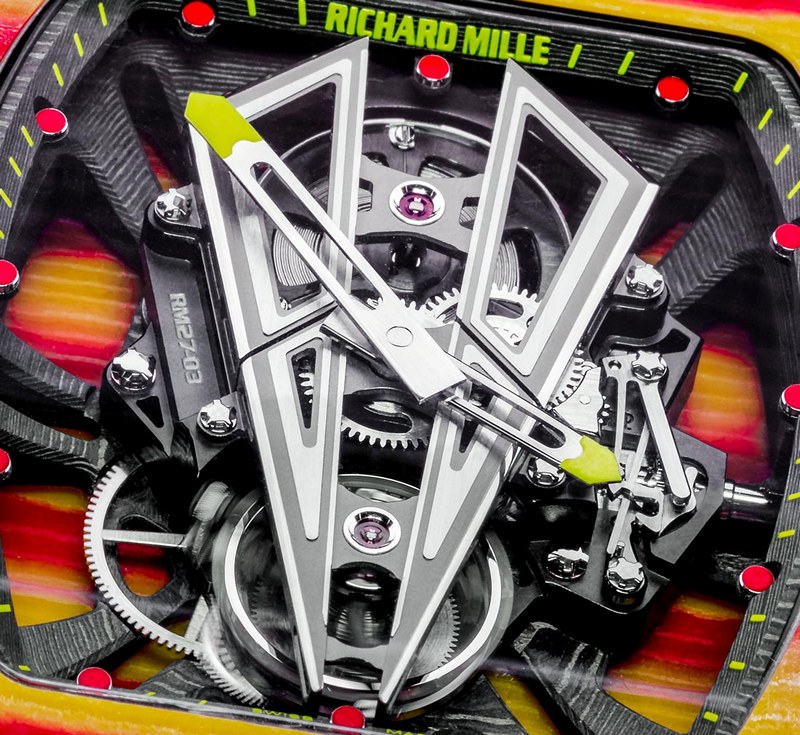 As with other Nadal-Richard Mille watches this too is light, helped by its new skeletonized ultra-lightweight Quartz TPT (a combination of resin and silica). The unibody Carbon CPT made baseplate features grade 5 titanium made bridges. The V-shaped mechanical winding tourbillon is designed to look like a forward-facing head of a bull – a symbol of Spain and Rafa’s emblem and beats at 3 Hz and. The movement features hand polished tapered angles and satin surfaces. It also offers 70 hours of power and water resistance up to 50M. 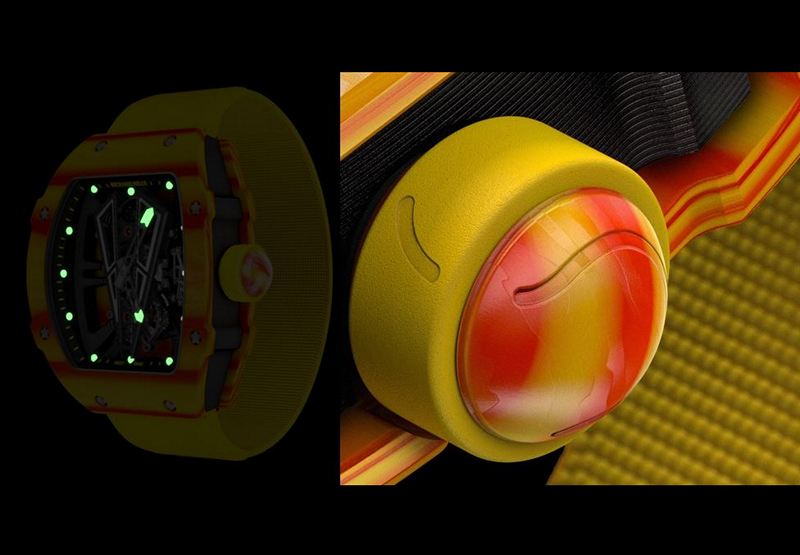 There are so many technical complicated things to this watch – we don’t have time to learn any of it. If you are the type interested in the nitty-gritty of it all head over to Richard Mille website. Billionaires and millionaires who can afford to buy this – please use the same link.