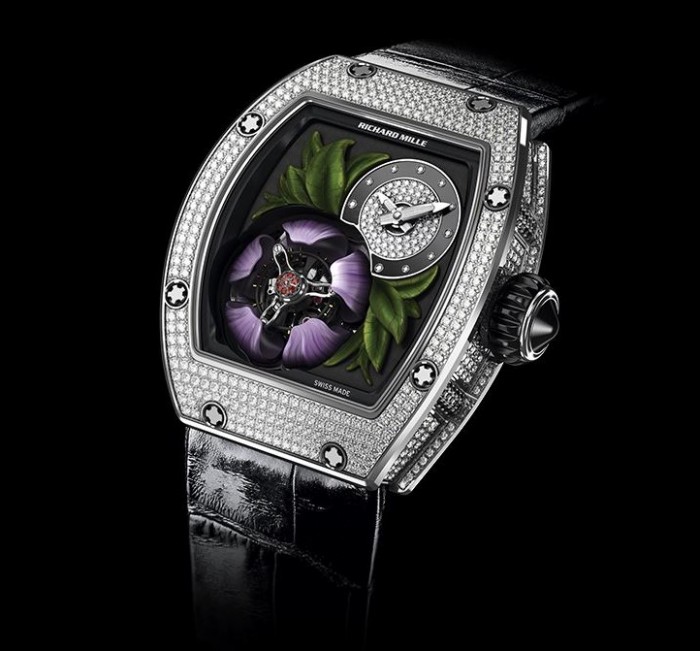 Richard Mille unveiled a watch at the SIHH 2015 last week that is a first for this century. Their Richard Mille 19-02 Tourbillon Fleur with a flying tourbillon had a pleasant surprise for watch enthusiasts. It has a flower automaton just like the bird automaton from Jaquet Droz I wrote about last week. Even though flowery timepieces are not their strong point, Richard Mille has done a remarkable job in creating a magnolia flower that open and closes every five minutes or on demand by using a pusher located at 9 o’clock.

The escapement with five pink petals is located at 7 o’clock. There is also a second automaton feature, every time the magnolia is open the entire flying tourbillon along with its ruby set stamen moves upward 1 mm mimicking a flower’s natural motion to increase its chances of pollination, in doing so it showcases all of its components. 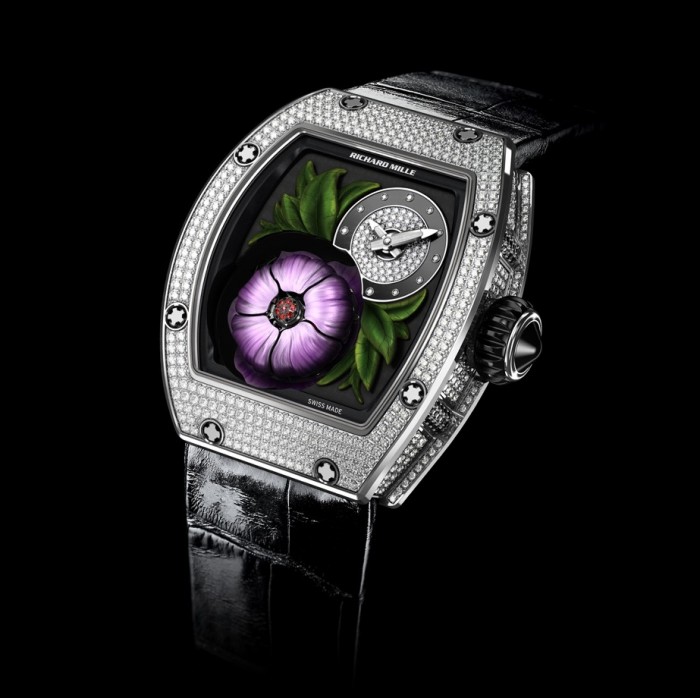 The tonneau-shaped case made of three different layers is the home to caliber RM19-02, a manual-winding tourbillon movement. The movement powers the functions hours, minutes and an automaton mechanism, it also delivers 36 hours of power reserve. The sub-dial located at 1 o’clock, the bezel as well as flange are decorated with white diamonds. The movement visible from the sapphire crystal case back and from the front feature hand engraved patterns and a skeletonized base plate.

With exquisite details, jewels and complications Richard Mille will not sell the 19-02 Tourbillon Fleur for nothing – if interested bring with you CHF 924,000, that is roughly $1 million. You don’t have to sweat much about this however, only 30 pieces will be available worldwide. 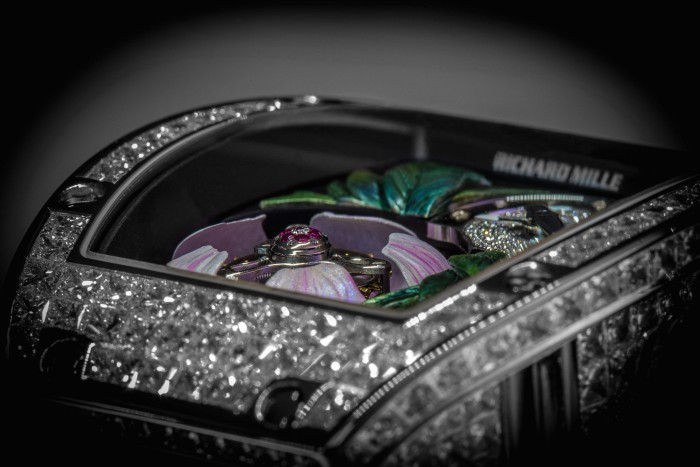 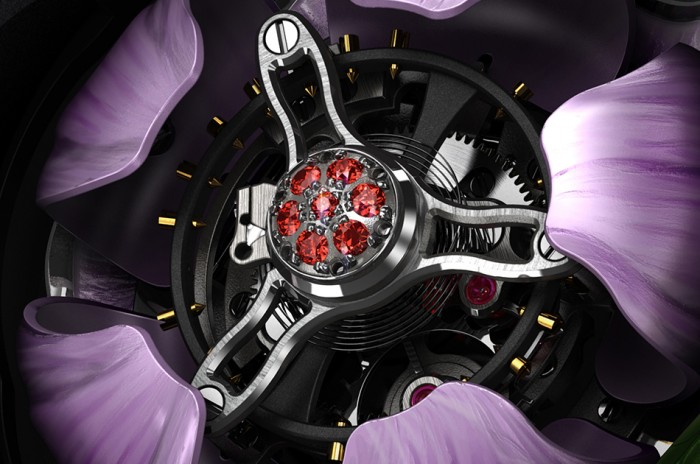 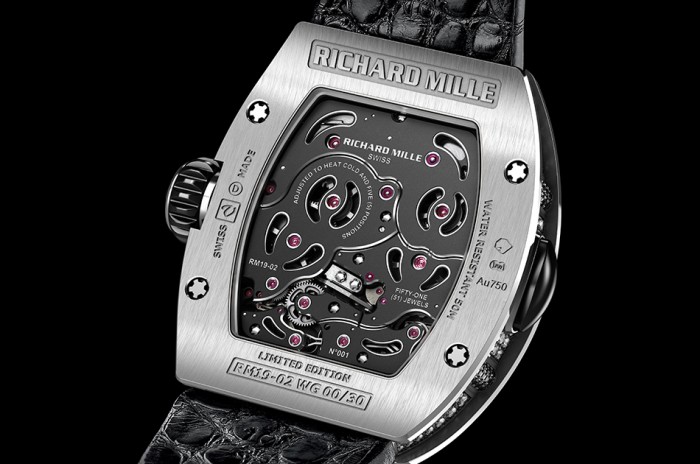