Piaget, celebrating 140th anniversary next year decided to have a slimmed down celebration. Only slim down we are talking about is Swiss watchmaker’s ability to make ultra-thin mechanical watches, in this case, the new Altiplano 38 mm 900P. All of it is just 3.65mm thin – movement + case. As the world leader in making ultra-thin movements and watches, with 900P Piaget also introduces new technologies in ultra-thin watch making. Piaget’s history of ultra-thin movements and watches dates back to 1957 when it introduced the Piaget Caliber 9P which was just 2mm thin.

Housed in a 38mm white gold case, it features an offset hours and minutes sub dial with single and double stick hour markers at 10 o’clock. The dial side finishing includes satin-brushed and sandblasted surfaces, sunburst or circular satin-brushed wheels, beveled and brushed bridges, and black screws. It also delivers an impressive 48 hours of power reserve despite its thinness and a frequency of 3Hz. 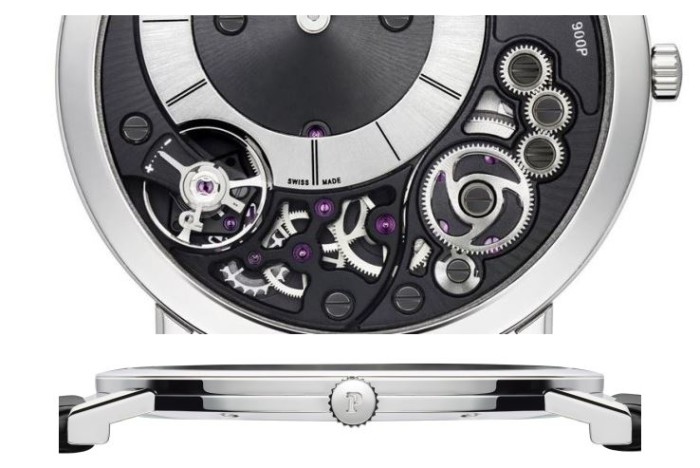 Piaget Altiplano 900P is powered by as the name suggests Caliber 900P manual-movement. The watch is so thin, its movement and case have become one. A total of 145 parts makes up the movement with some of them as thin as a hair’s breadth with some wheels measuring just .12mm. Piaget is able to shed layers of thickness by using the back of the case as part of the movement. The bridges and the gear train of the movement are on the dial side and visible from the front.

By placing gear train and the dial on the same level Piaget solved the problem of wrists putting pressure on the hands and stopping the watch, a problem ultra-thin movements experience. Piaget solves this problem in the 900P by placing hands on the bridge of the gear train, which in turn absorbs any pressure from minor flexing of the case. A technical invention still patent pending, and as Piaget calls it a “major breakthrough” in ultra-thin watchmaking.

The watch is expected to be priced between $20,000 and $30,000. It comes fitted with a black alligator strap with buckle and pin in matching white gold. 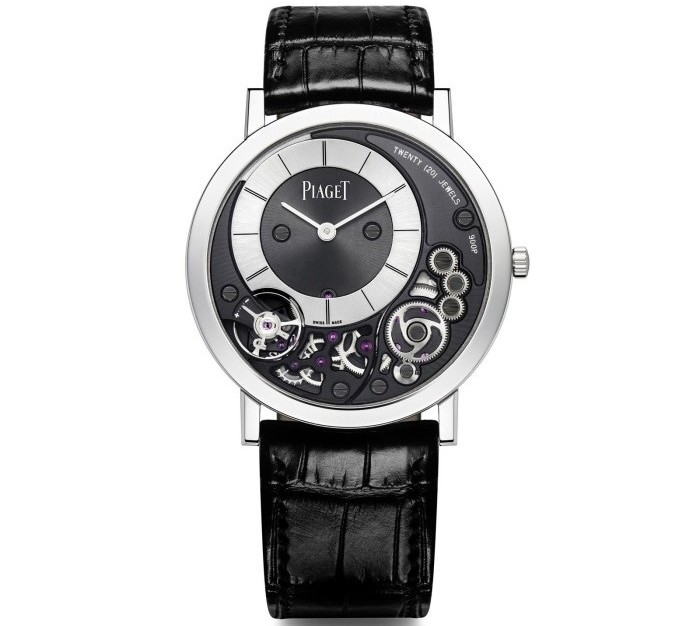 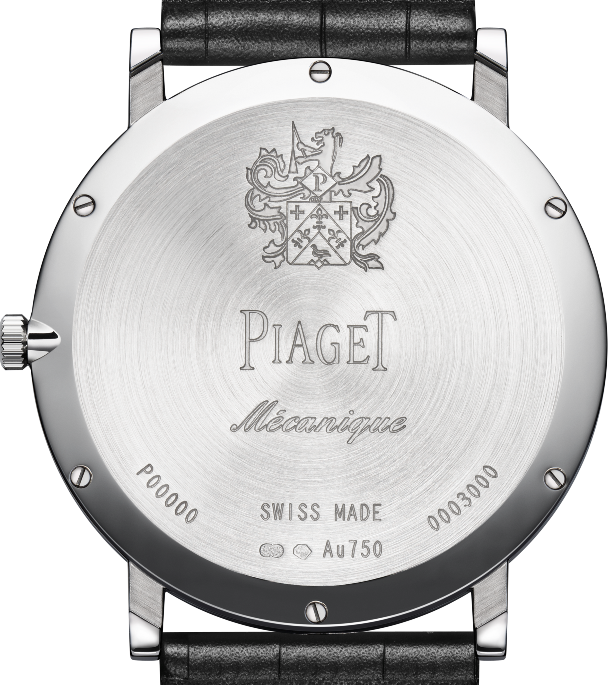