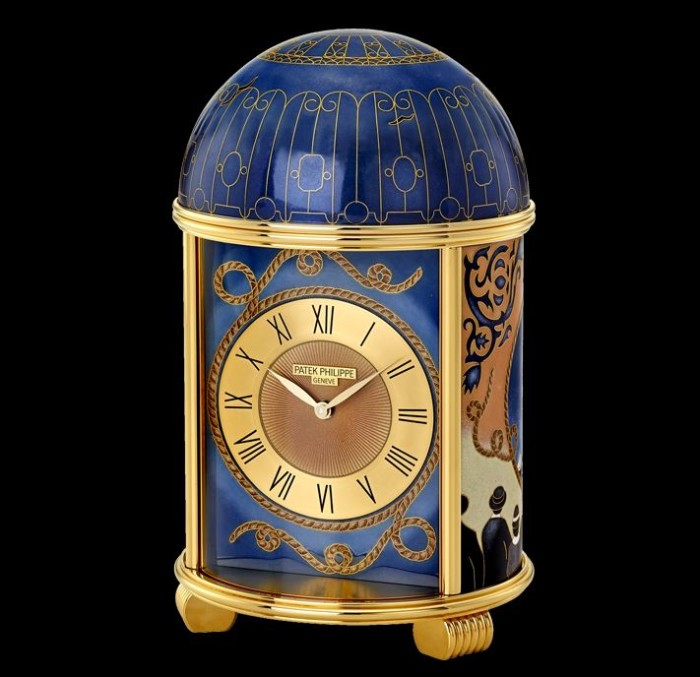 An exquisitely made Patek Phillipe table clock to commemorate Titanic’s 1912 journey is on display in Belfast for the first time. The enameled Patek Philippe Titanic Clock is a collaboration between the Swiss watchmaker and Belfast jeweler Lunn’s. It has a cloisonné enamel dial plate in gold with black enameled large Roman numerals. One of the Titanic influences in the design come from the dome that replicates ship’s domed glass ceiling. The Titanic clock is on display at the Lunn’s showroom in Queens Arcade,Belfast. 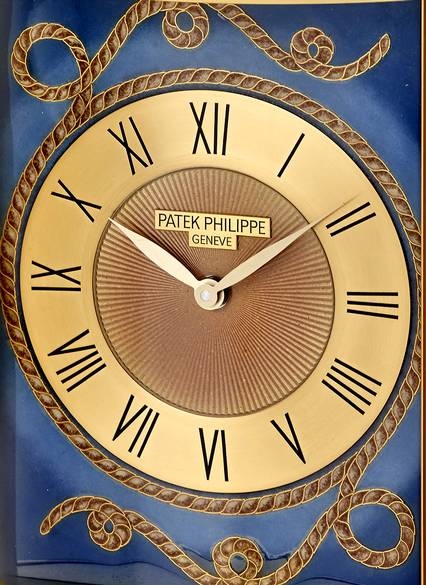 Patek Philipe chairman, Thierry Stern, made a visit to Belfast’s Titanic Quarter in 2010. During the visit, he got the opportunity to visit the drawing offices of the shipbuilder Harland and Wolff, who drew up plans to the Titanic and sister ship Olympic. The visit inspired him to create this unique Titanic clock. Stern, who always had a fascination with all things Titanic, wanted to do something to celebrate the ship and its legacy.

After putting forward his idea to Lunn’s chairman Peter Lunn, they decided to create a clock not only to celebrate the mighty ship but also Patek’s 175 year anniversary and Lunn’s 60 years in business. 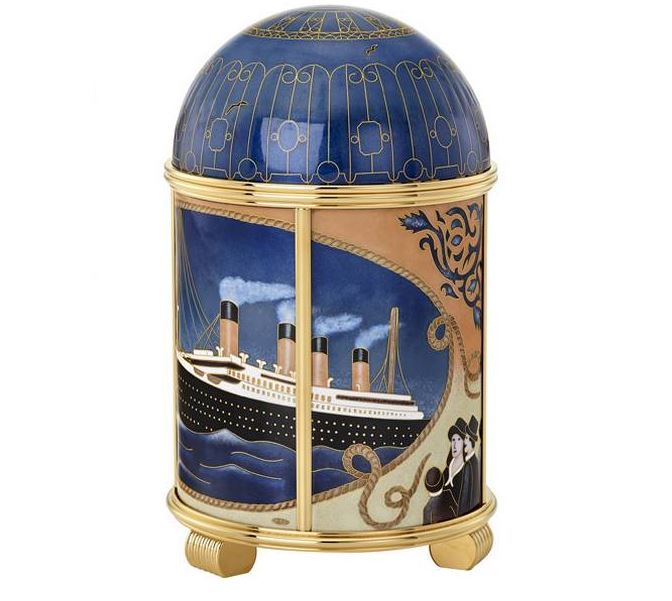 The design project began in 2011 with Stern’s wife Sandrine in charge of it, she holds the position, head of creative department at Patek. The complicated project took five months to complete, the enameling itself took more than 200 hours. The Titanic table clock features 25 meters of gold ribbon and 22 different enamel colors.