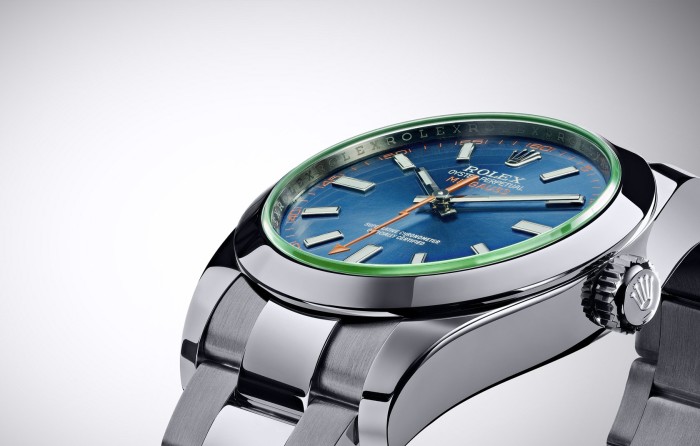 Rolex has introduced a new version of the Oyster Perpetual Milgauss at the Baselworld, the Rolex Milgauss Z Blue. The Z Blue has an electric blue dial that compliments its scratch proof green sapphire crystal and a lightning-bolt shaped seconds hand.

The original Milgauss was created back in 1956 for engineers, nuclear researchers and the technicians, whose work expose them to magnetic fields which affect the performance of mechanical watches. Such was Milgauss’ reputation, it became known as the preferred watch of the scientists at the European Organization for Nuclear Research (CERN) in Geneva. 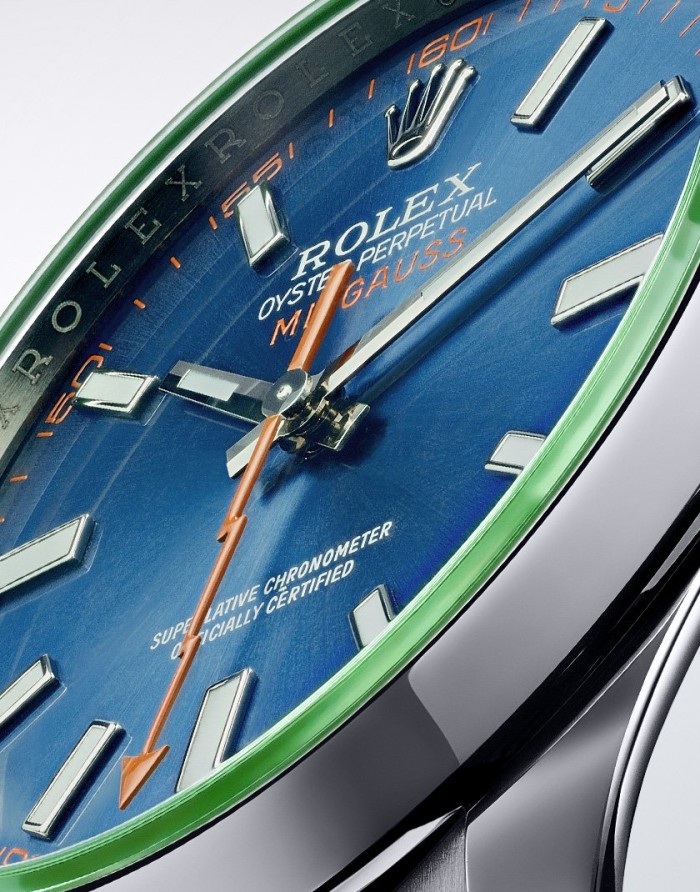 Robust and reliable, the Milgauss Z Blue comes in a 40 mm corrosion-resistant steel case that is water resistant up to 330 feet. Hidden inside the hermetically screwed down case is the in-house made caliber 3131 automatic movement. The chronograph of the movement carries the certification from the Swiss Official Chronometer Testing Institute (COSC).

The avant-garde Milgauss Z Blue has an Oyster bracelet that is very comfortable to wear. It also has a patented folding Oysterclasp designed by Rolex and a rapid extension system named Easylink that allows wearer to increase the bracelet length by 5 mm. Rolex has given no price information at the time of introduction. 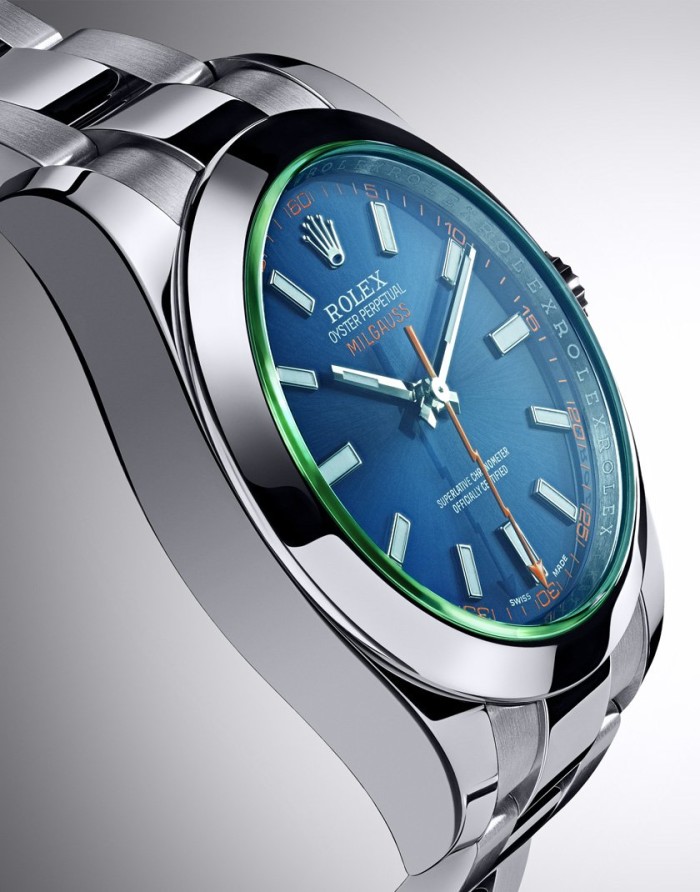 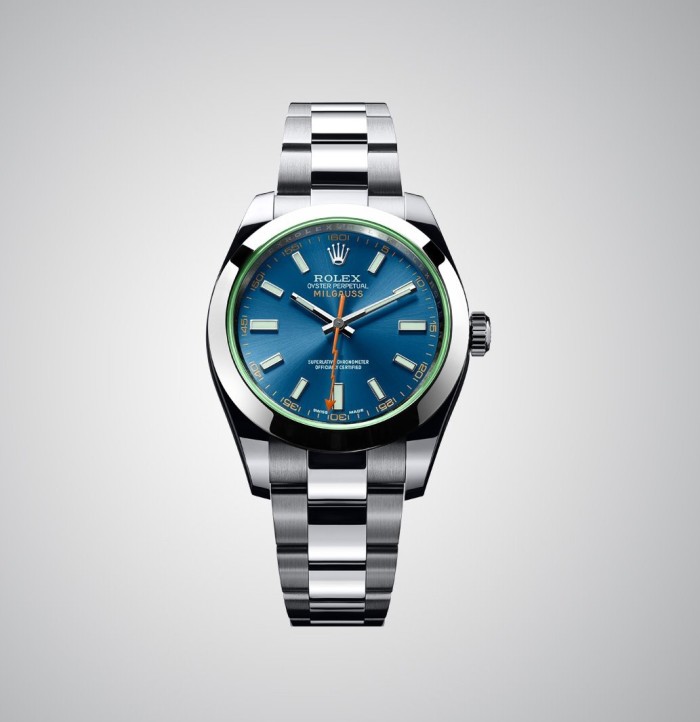