Official Olympic timekeeper, Omega, has released the Omega Sochi Petrograd limited edition to celebrate the 2014 winter Olympics to be held in Sochi, Russia. For its design inspiration, Omega has gone back a century to find this art-deco style from its 1915 collection. This is the second limited edition watch created by Omega to celebrate the Sochi Olympics, first being the Planet Ocean model.

The tonneau style Sochi Petrograd comes in a size of 32mm wide, 47 mm tall and 13mm thick. Sochi Petrograd is housed in an 18 karat yellow gold case and comes on a leather burgundy strap. The dial is made up of colors of the Russian flag and the familiar colors of the Omega’s Olympic watches – white, blue and red. Dial features black Arabic numerals reminiscent of the art-deco era, against the white face with blue hour and minute hands. Powering the Sochi Petrograd is the Omega caliber 2202 automatic Co-Axial movement, a modified version of the ETA 2895 (small seconds) with a Co-Axial escapement. 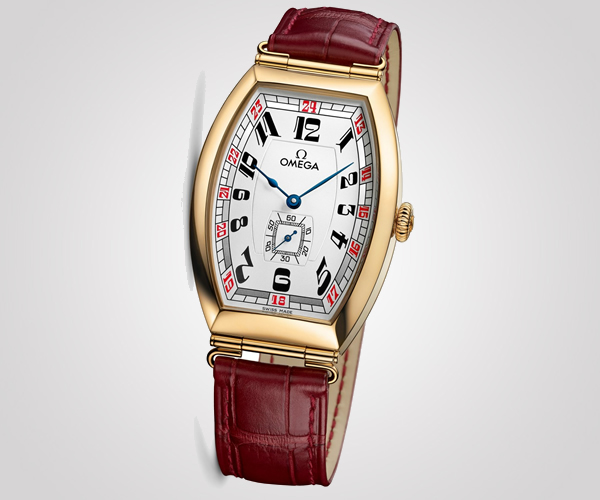 Sochi Petrograd limited edition has a unique history behind it. As claimed by Omega, the 1915 original timepiece was made for a then important “Russian leader” in 1915. In 1915 Russia was still ruled by the czar. Chances are that the “Russian leader” probably was a member of the imperial family or the ruling class. Almost 100 years after the Russian Revolution, Russia is still ruled by a luxury watch collector in Comrade Putin, albeit from a different type of ruling class. After the 1917 revolution, surprisingly watch found its way back to Omega in excellent condition and is now housed in Omega museum in Switzerland.

Only 100 numbered units of this classic and unique art-deco Omega Sochi Petrograd limited edition is produced. Comes with a price tag of $18,600.