Richard Mille and Rafael Nadal has a very successful partnership that goes back a few years. Nadal is playing French Open this year with the aim to win it for a record breaking 10th time and Richard Mille is there to support him. For the special occasion, the watchmaker has released a new lightweight and durable RM 27-02 as part of Rafael Nadal Collection. As of this moment, Nadal wears this $775,000 tourbillon masterpiece while taking opponents to the task at Roland Garros’ famous red clay courts.

The RM 27-02 brings in a whole new set of innovations, improvements, and technologies, for instance, it has a unibody case that fused the back, bezel, and movement baseplate. To make it shock and damage resistance (due to Nadal’s style of play this is a must), Richard Mille used such space-age materials NTPT carbon composite and TPZ Quartz. The NTPT consists of layers of silicon, making it more robust. Also worth noting that the inspiration for unibody case come from chassis of racing cars and it is built to withstand 5000 Gs of g-force. 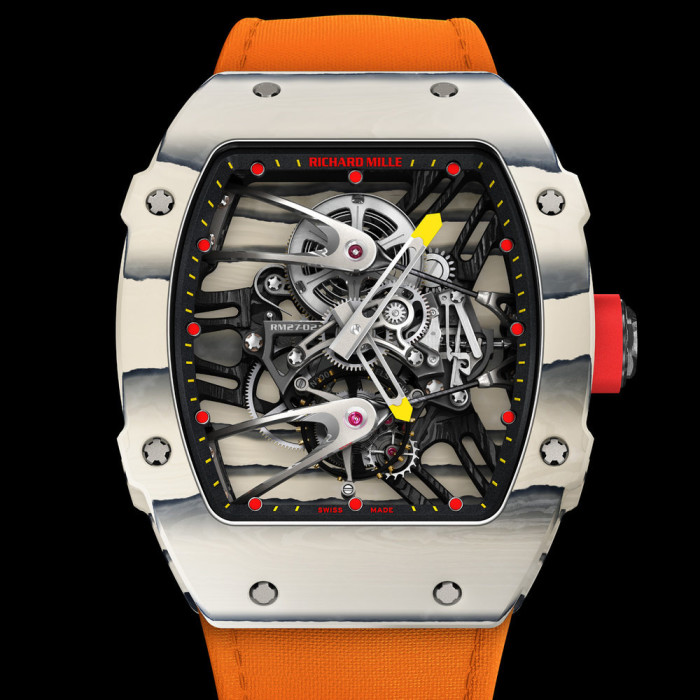 Its tourbillon movement with titanium bridges supports the barrel that provides 70 hours of power reserve with an indicator at 12 o’clock. The one-minute tourbillon can be seen at 6 o’clock. To make it easy to read time, tips of hour and minute hands are painted with bright yellow and they stand out against the black and gray of the movement. 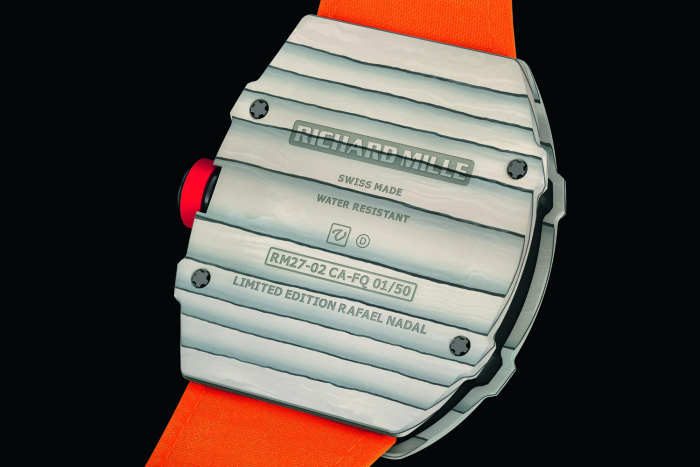 The RM 027-02 is a limited edition with a 50 piece run. Priced at $775,000 it will not be available at every Richard Mille boutique, available on request by contacting them directly.

Richard Mille is also adding another timepiece to Rafael Nadal Collection. The limited edition RM 035 (below) will be released exclusively in the Americas. Powered by a manually winding movement that weighs just 4.3 grams, it will feature 55 hours of power reserve. Limited to just 50 pieces, the RM-02 comes with a $120,000 price tag. 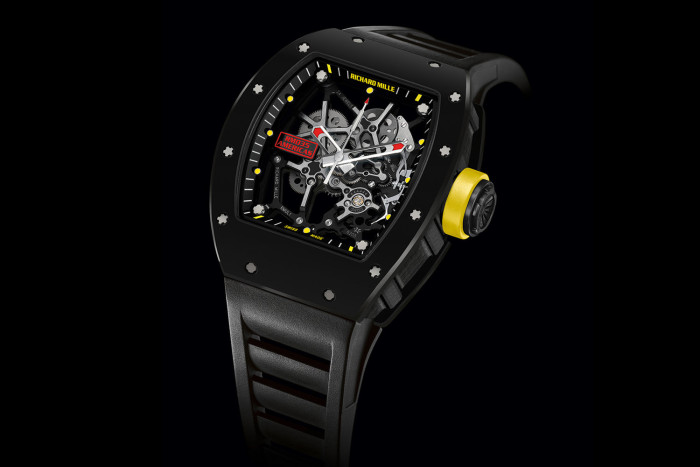