Alien theme is fun, especially on a watch. And if it is a watch, it better be from MB&F, because they have mastered the art of making alien-themed timepieces. They have a new watch, an extremely limited edition of 4 unique pieces, which is already sold out – for $500,000 apiece. Named HM6 Alien Nation, the watch is part of MB&F’s famed Horological Machine 6 collection that debuted back in 2014. This futuristic version by far is the most extreme machine of the collection. The most visible feature here is six tiny aliens that have taken up residence inside and outside of the sapphire crystal made watch. 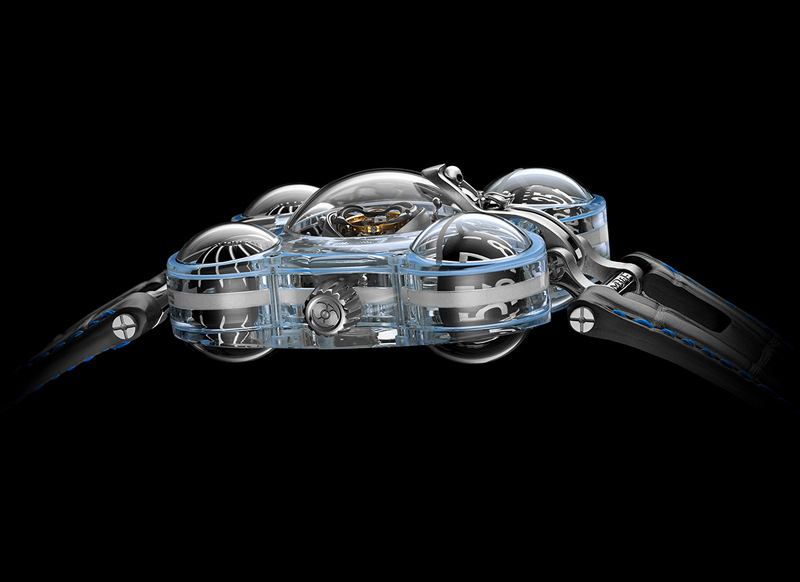 The four corners and the center of the watch feature curvy sapphire crystal bubbles. The one in the middle houses the tourbillion, while the other four displays the hours and minutes, as well as regulating turbines. It may all may look like glass bubbles, the truth is anything but. Each case features 12 separate sapphire crystal blocks, and machining and polishing process of them took up to 510 hours. This is before taking into account breakage of crystals, which as their press release notes happens frequently. The 12 crystals blocks are then seamlessly assembled together with help from a titanium band. 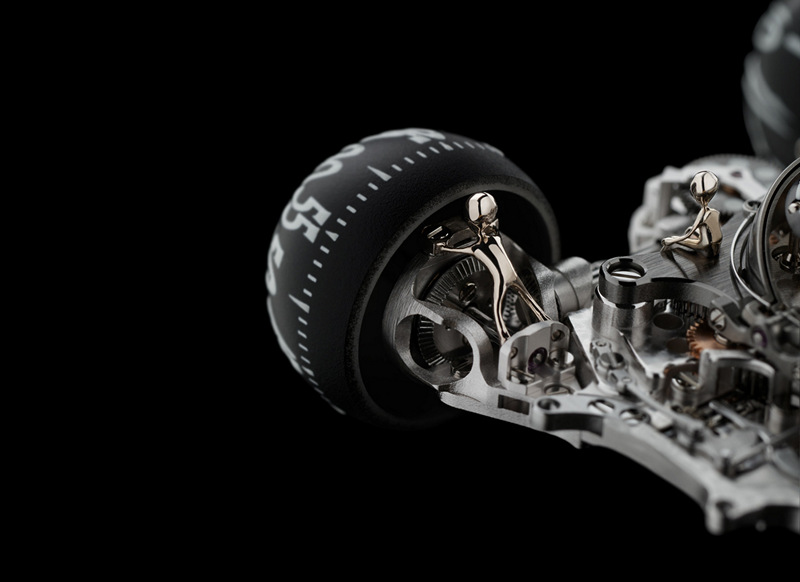 The six aliens are not just passengers on the spacecraft. They are like busy bees, each has a job to perform (or pretend). They are fixing turbines, adjusting gears, scanning the space. One is a pilot, while another seems to be taking an unauthorized break. All six figurines are made from white gold and individually hand-sculptured by engraver Olivier Kuhn. They have the slenderest arms and necks you can find, and it has taken Kuhn 34 hours to make each little alien. 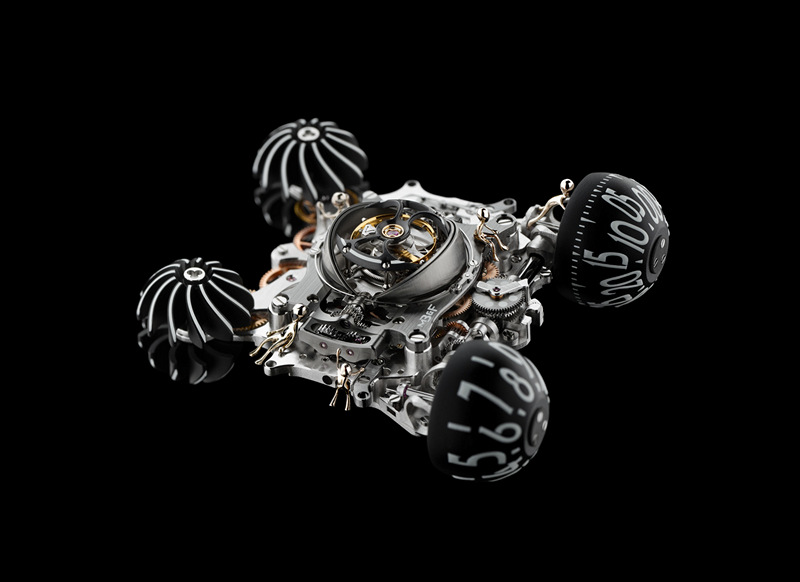 The engine that runs this spacecraft is located underneath the 60-second flying tourbillion, but visible via the crystal-clear case. It took MB&F 3 years to develop the HM6 movement. It is not only a complex machine but an unconventional one as well and features 496 finely-finished components. The tourbillon mechanism controls twin hour and minute domes that rotate perpendicularly to the movement. Thanks to the thick bands of AGT Ultra-luminous material and Super-LumiNova, the HM6 Alien Nation is as glow in the dark as it gets. 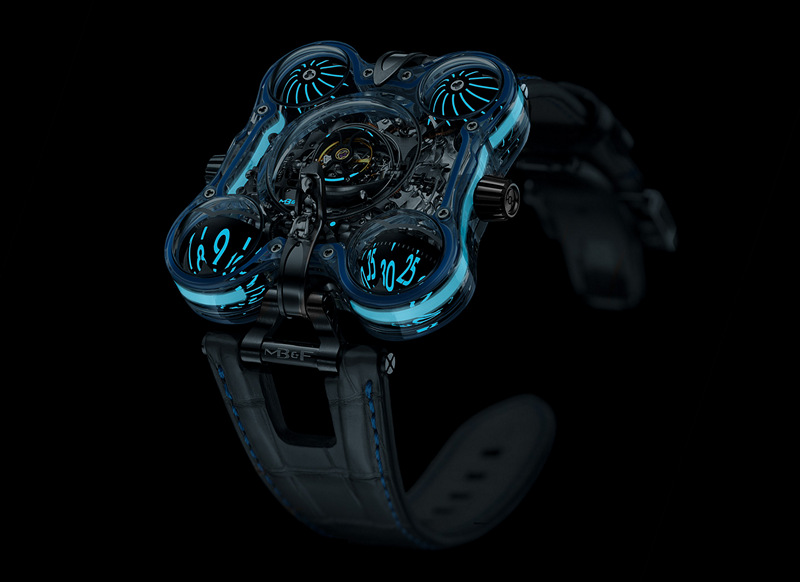 MB&F founder Maximilian Büsser is a child of the 60s and 70s, and he grew up in a time, theories about Roswell and Area 51 was at its peak. So it is no wonder he is still fascinated by those stories. The HM6 design is inspired by 1970s and 1980s Japanese anime TV Capitaine Flam and his bubble-shaped spaceship. Even though the HM6 Alien Nation is a bespoke special edition, you too can ask MB&F to make your fantasy version of a spaceship – for a hefty fee. Learn more about this complicated, yet fascinating piece here.