Some of Max Büsser’s MB&F’s are popular for the effect they create not when the watch sits on the wrist, but off, discovering the watch from many different angles. And the brand new Horological Machine MB&F HM7 Aquapod is believed to be Büsser’s most three-dimensional creation to-date. 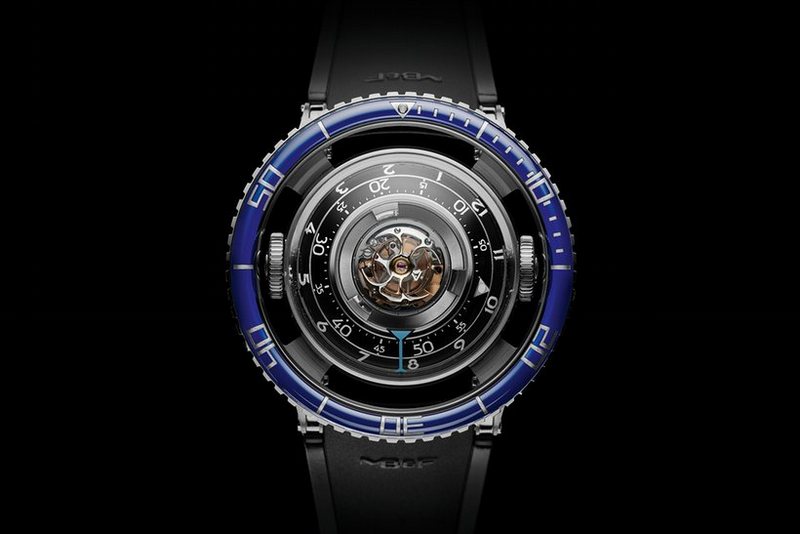 Since 2007, Max Büsser and his friends have remained steadfast in their mission, creating watches that look as if they were made without any standard watch parts at all. That is no longer true after this latest No. 7. The diver’s bezel is one of the most instantly recognizable elements of modern watchmaking, in this model Büsser has made it one of the chief design elements but instead of laying it on top of the case, where a bezel is usually placed, Büsser has surrounded the double-domed case with the bezel. It ends up looking almost like Saturn’s rings, producing a beautiful work of art as a result. 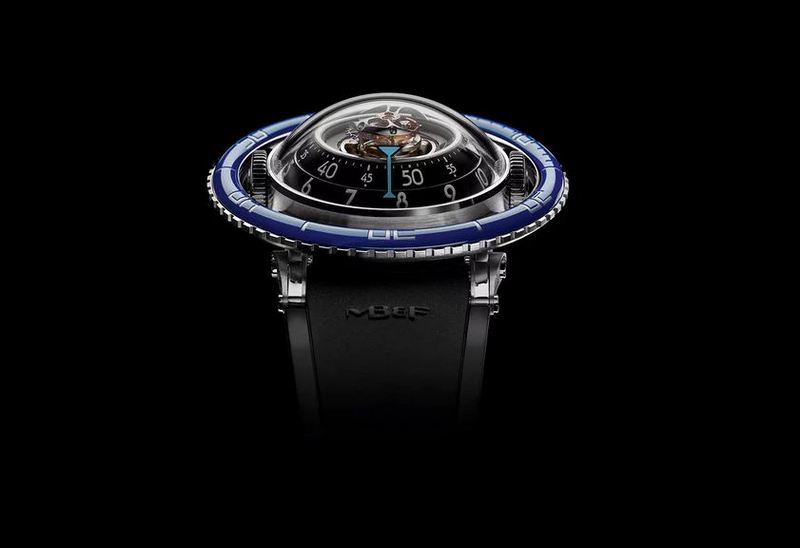 MB&F HM7 is the largest machine in a collection of large machines. With the bezel and all, the watch measures a 53.8 mm across making the HL7 round. Because of its new movement, it sits very high on the wrist as well, being 21.3 mm. 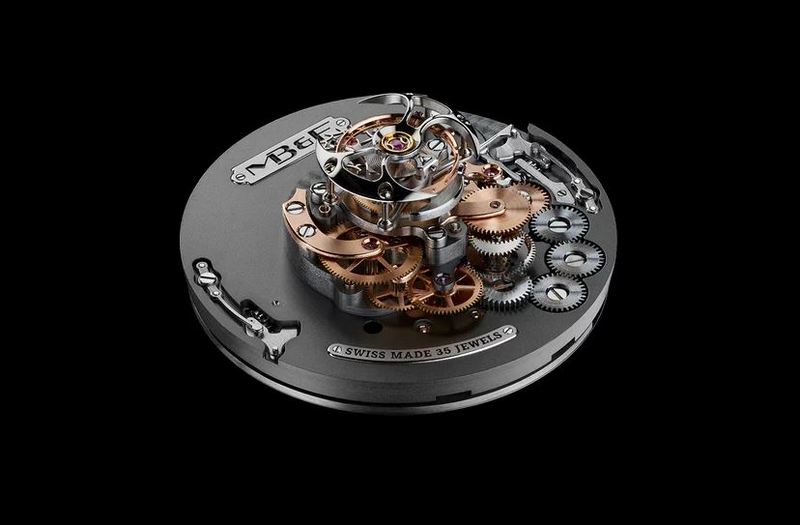 The HM7 is Büsser’s team’s first aquatic-themed wristwatch, though its limited water resistance (50m) means it shouldn’t be treated as recreational diving gear. The Aquapod’s concentric case, articulated lugs, and luminescent details are inspired by the jellyfish. The hours and minutes are displayed on lightweight discs –in aluminium and titanium. They rotate, bringing the current time in line with the vertical indicator at the front of the display. MB&F is guaranteeing 72 hours of power reserve for this automatic movement as well. 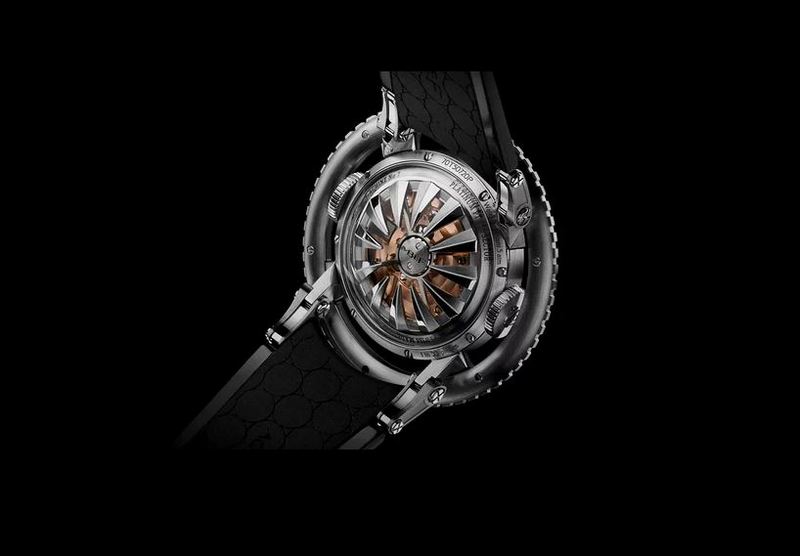 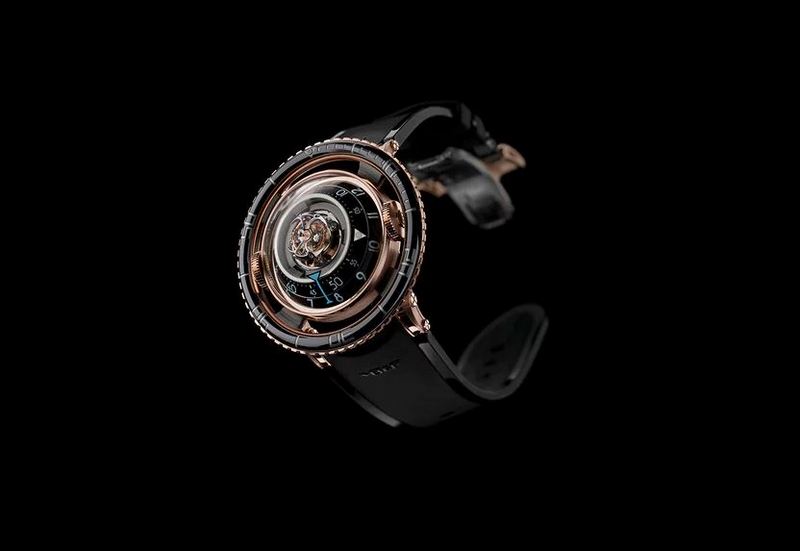