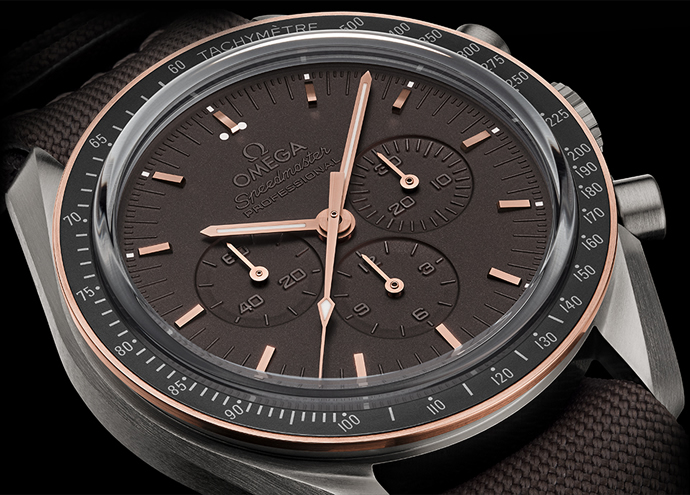 Omega is celebrating the 45th anniversary of the 1969 historic lunar landing in a big way with a special edition timepiece. The Omega Speedmaster Professional Apollo 11 45th Anniversary Limited Edition pays tribute to the iconic watch Buzz Aldrin donned when he set foot on the moon as a part of the Apollo 11 mission. Previously to celebrate the 40th anniversary of the Apollo 15 mission, watchmaker also released a limited edition Speedmaster Professional.

The design of the Omega Speedmaster Professional emulate the colors of the moon surface and the materials of the Apollo 11 Lunar command module. Housed in a 42 mm fully brushed grade 2 titanium case, it has a bezel made from Omega’s proprietary Sedna rose gold, and a matte-black ceramic ring with a tachymeter scale around the bezel, a highlight of the Omega Speedmaster “Moonwatch” models. 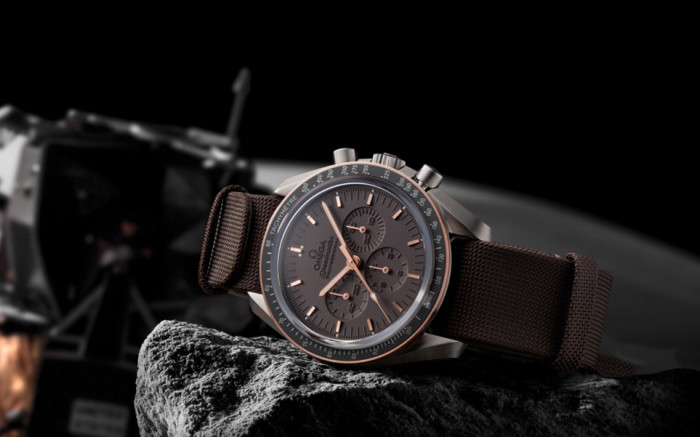 The black PVD dial features stick hour markers, hour and minute hands, chronograph hand and sub-dial hands that are made from 18 karat Sedna gold. The three sub-dials 30-minute, 12-hour chronograph counters, small seconds as well as the main dial is made using a special laser to remove extra material around the texts and numerals, which in turn creates a 3D effect. Powered by a manual-winding chronograph Caliber 1861, it has a power reserve of 48 hours and water resistant up to 50 meters.

The Apollo 11 45th Anniversary watch comes fitted with a NATO fabric strap. Limited to 1,969 numbered pieces as a fitting reference to the year of moon landing. Each watch also comes with a two-year warranty and a certificate of authenticity. Delivered in a special presentation box, Moonwatch carries a price tag of $7,700. 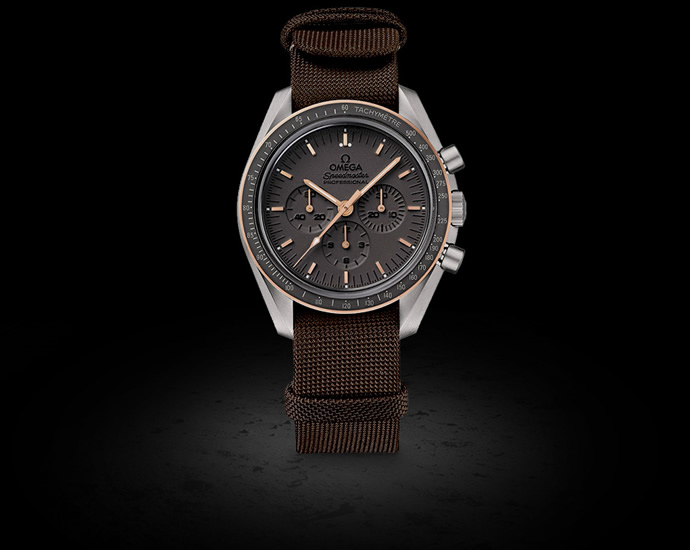 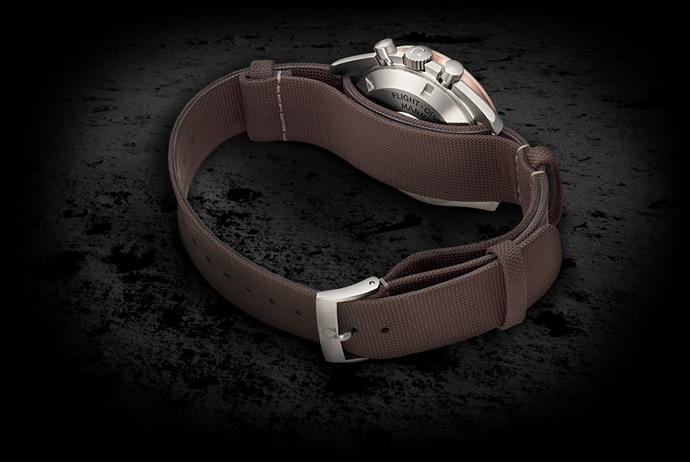