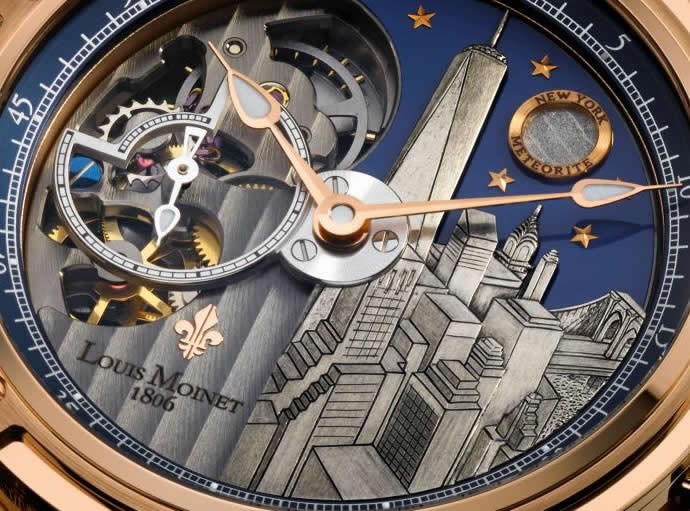 Louis Moinet’s tribute to Big Apple skyline is literally an out of this world affair. New York City “the capital of the world” and the biggest city in the US gets the first model of the Louis Moinet Meconograph City Limited Edition, the Meconograph New York. The dial of the watch highlights New York City landscape with its tall skyscrapers that include 541 meter high One World Trade Center, Empire State Building, Chrysler Building and the Brooklyn Bridge. This

The right side of the Meconograph New York City dial is hand engraved with a secret technique to emboss the NYC skyline. Against the backdrop of blue, star-studded New York City skyline, you’ll find the New York City meteorite fragments inserted between 1 o’clock and 2 o’clock. Story has it, the meteorite was bought from an Inuit by a fishing boat captain in 1965, in the port of New York. Louis Moinet claims this is the only meteorite to officially have the given name New York, a fact confirmed by the Meteoritical Society.The dual faced dial also boasts Louis Moinet’s signature Gouttes de Rosée hour and second hands, and small seconds sub-dial at 9 o’clock. Movement is visible from the front on the left side. 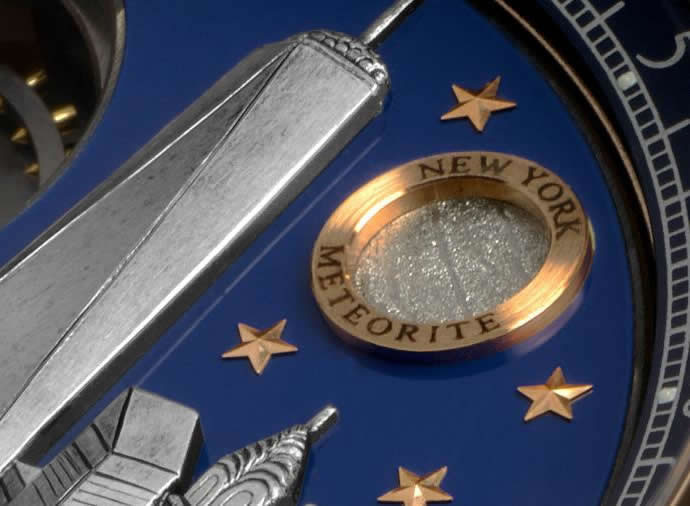 The limited edition Meconograph New York is available in two versions of 60 pieces each. A 18 karat rose gold or grade 5 titanium with case measuring 43.5 mm. Its automatic movement Caliber LM31 is COSC certified and made in collaboration with Cencepto. It has a power reserve of 48 hours and a 4 Hz frequency. Water resistance up to 50 m. Case has a six-screw bezel, interchangeable crown tube system, polished finish and sapphire crystal front and back. The movement is visible through the case back. 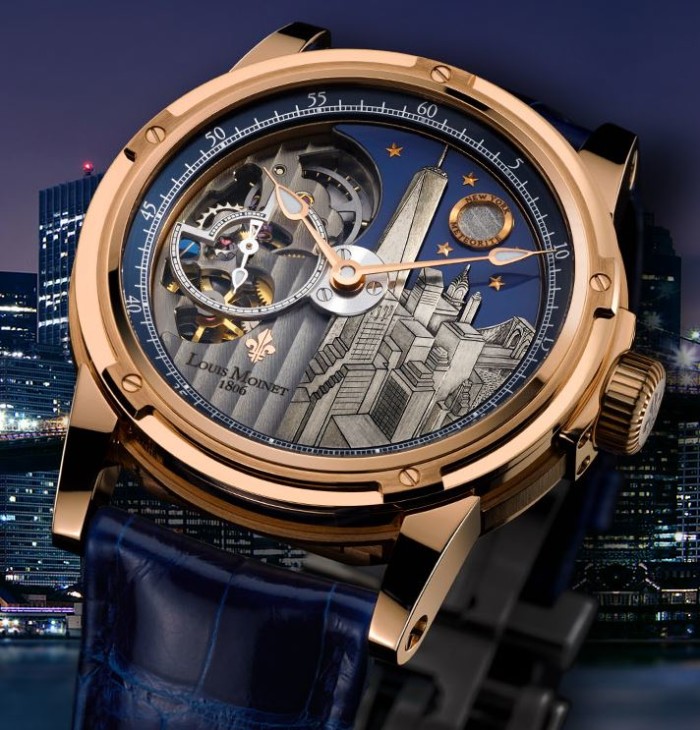 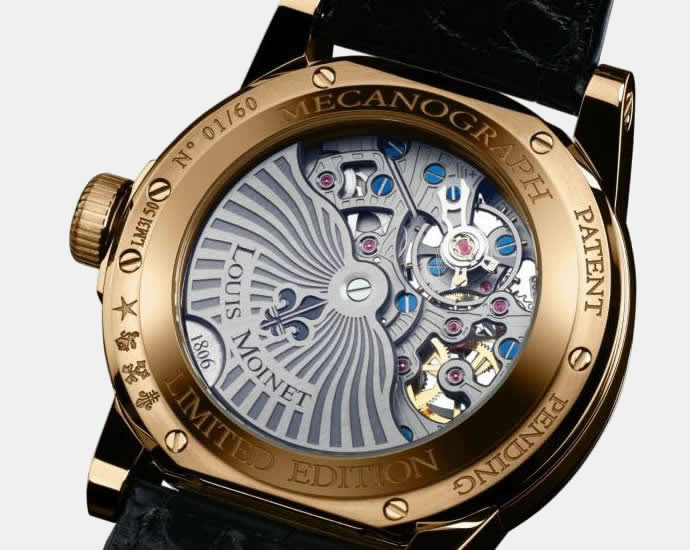