This is as scary as James “Pennywise” Corden clowning around in a late night It video, but not as scary as Bill Skarsgård in the horror movie, It. The Konstantin Chaykin Clown Watch is a limited edition timepiece with a dial design based on Stephen King created “Pennywise the Dancing Clown” character. As it turned out, the Russian independent watchmaker is a big fan Stephen King. So he decided to make a special edition to celebrate one of King’s famous novels. The watch takes after the Joker version Chaykin unveiled during the Baselworld 2017. This is powered by caliber K07-0 movement, which is based on ETA 2824 movement of the Joker. 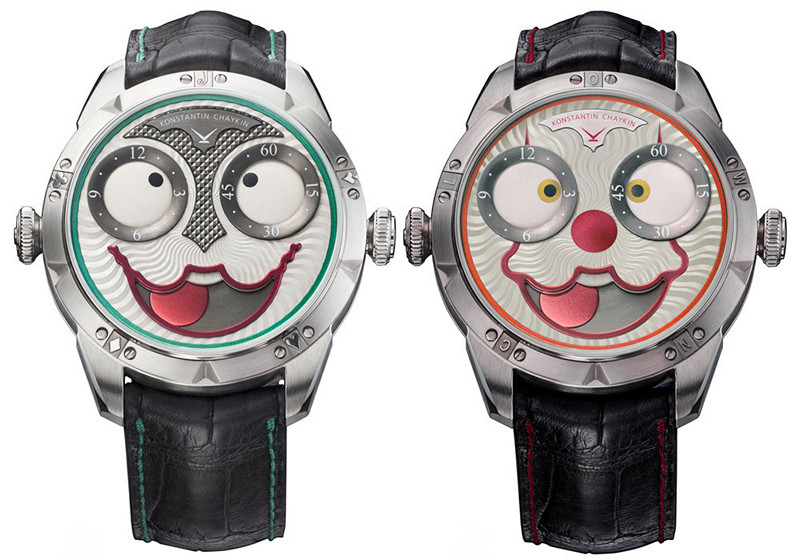 At first it a bit difficult to say which one is Joker and which one is Clown just by the look of it. As you can see from the image above most noticeable difference is the ruthenium-plated nose with a hobnail pattern of the Joker and the big red dot nose on Clown. There are also two different major color schemes – white and green for Joker, and red and white for Clown. Just like the Joker, the Clown also comes in a stainless steel 42mm by 13.7mm case. The bezel features “CLOWN” engraved onto it with each letter spaced equally around. Not one, but there are two crowns on either side of the case, which do dual-duties as clown ears. The left crown is a pusher, and it can be used to adjust the moon phase indicator. 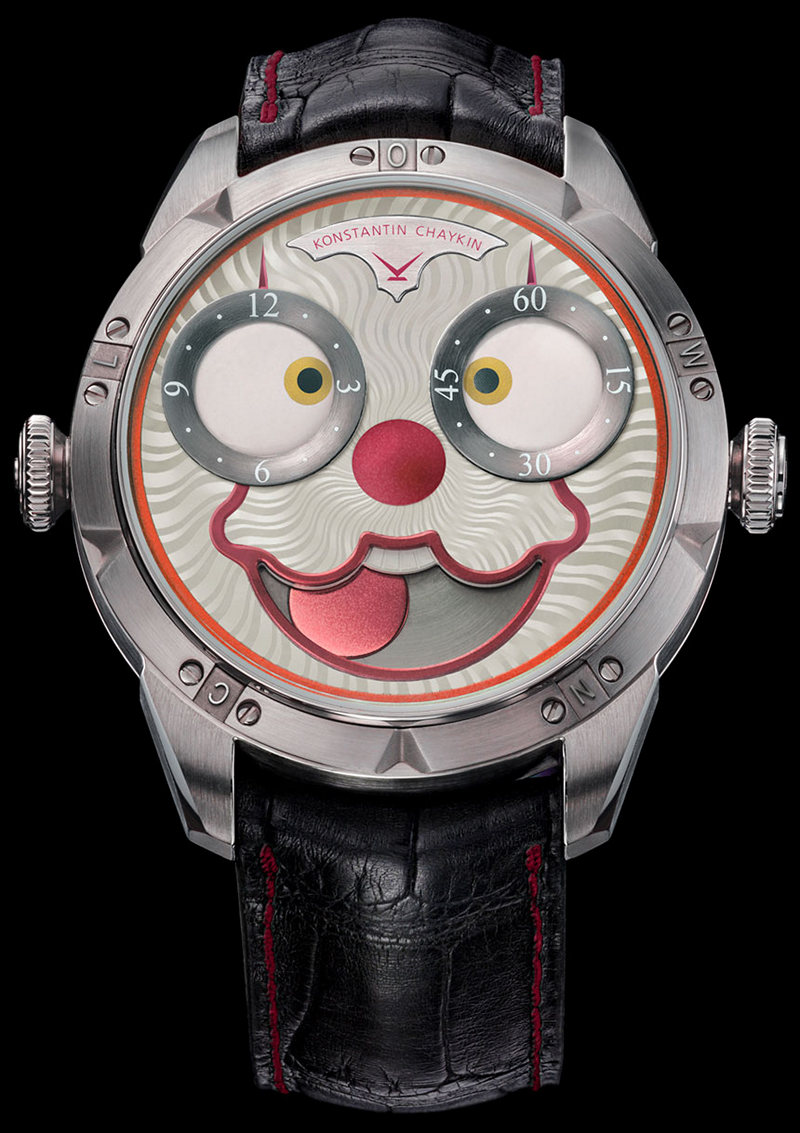 The red and white dial features time indicators represented by two-sub dials, and hour and minute hands are represented by eyeballs with a yellow iris and a black pupil. The moon phase also functions as Clown’s mouth. To make the Clown look a little bit creepy and realistic, they added sharp red peeks at the top the eyes and red painted tongue. It comes with a black alligator strap with red stitching.

As the story goes Pennywise shows up in small Maine town called, Derry, every 27 years from exile to terrorize townspeople. To celebrate this little fact they are making just 27 pieces of the Konstantin Chaykin Clown Watch with each priced at $9,900. For availability and orders contact Chaykin. A part of the proceeds from the sale of each Clown watch will be donated to a  charitable organization focused on helping sick and underprivileged children.