You’ve got to watch The Tropical Bird Repeater – Jaquet-Droz’s latest model that’s inspired by tropical scenery. Jaquet-Droz is renowned for their intricate decoration as well and the use of “automata” – moving mechanical devices meant to imitate life. Pierre Jaquet-Droz opened his first workshop in 1738, and within a few decades had become known as a master of elaborate pocket watches, mechanical singing birds, and automata all over the world especially with the royals. The Tropical Bird Repeater is their most recent work of mechanical artistry that celebrates the magnificence of nature and their brand founder Pierre Jaquet-Droz with meticulously detailed art. 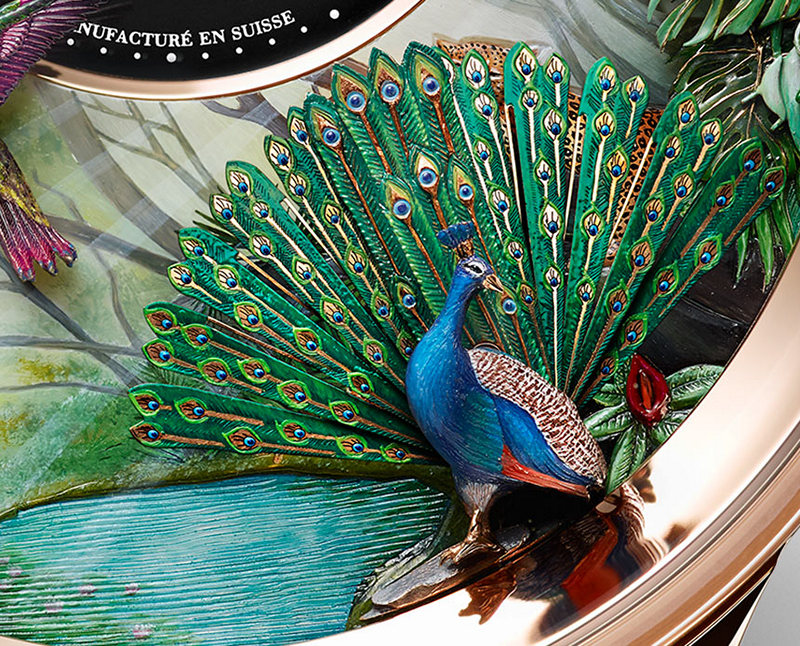 Jaquet-Droz’s Tropical Bird Repeater combines two of this maison’s eight codes, the automata mechanisms and which is the elaborate decorative arts. Upon activating the minute repeater function the dial comes to life with seven elements that make it look like magic. The waterfall begins to flow, the hummingbird in the center of the dial flies to the shrub on the right while the birds of paradise flutter their feathers and the peacock dances with its lush tail almost stealing the show! The magic forest dance doesn’t end there – the toucan emerges from the palm leaves and attempts to talk with its beak opening and closing while three dragonflies flip-flap with their tiny Super-Luminova coated wings that glow with life and light. 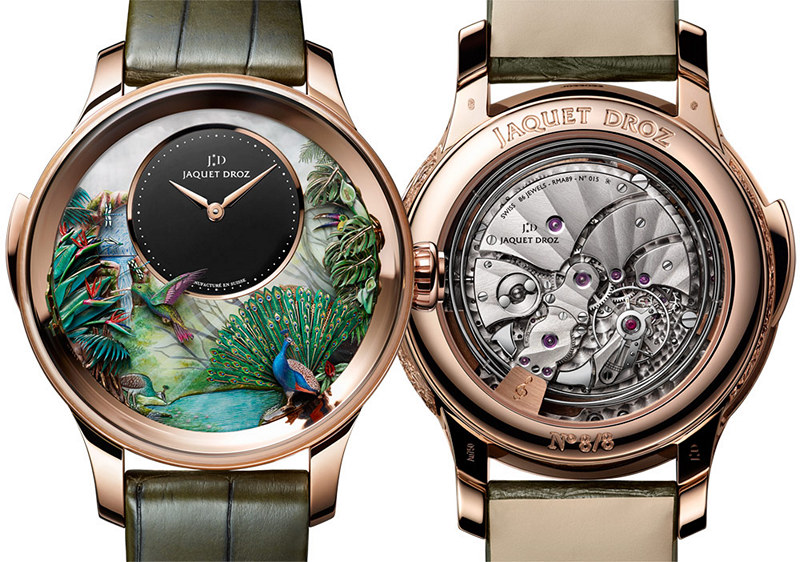 The little show put up by the Tropical Bird Repeater can go over 12 seconds and play out four different scenarios – which is basically astounding mechanical theatrics on your wrist in a 47mm-wide by 18.95mm-thick watch. The dial on the Tropical Bird Repeater is crafted with mother of pearl, hand-engraved and painted with an exuberant forest. There is a smaller sub-dial crafted with onyx near 12 o’clock to indicate hours and minutes. The minute repeater is mechanical sorcery in itself, it enables the marking on demand of the hours, quarter hours and minutes with vibrating cathedral gongs struck by hammers inside the case that is activated by a simple. To this day only a handful of brands and collectors can boast about having the privilege of the kind that new Jaquet Droz RMA89 has. The power reserve has been increased to 60 hours with an oscillating frequency of 3 Hz. The watch isn’t all pretty looks; it is equally high-tech, functional and ahead of its times. 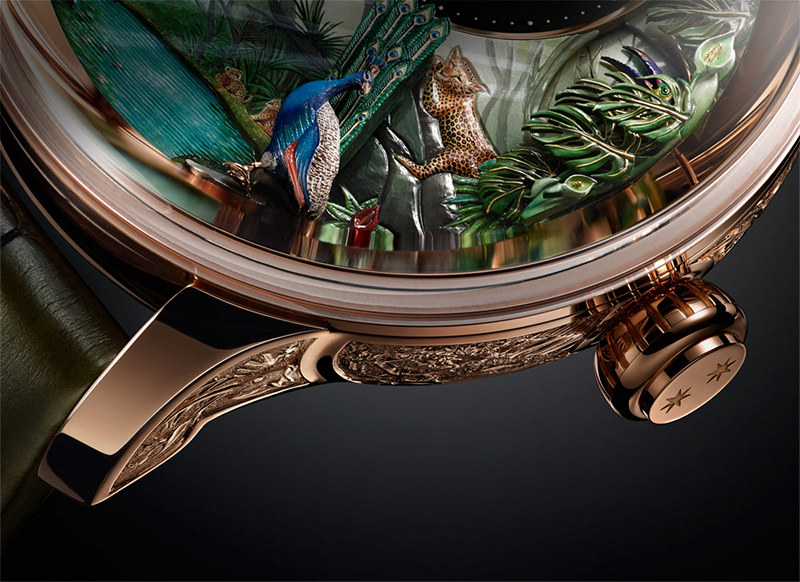 Jaquet-Droz’s Tropical Bird Repeater comes encased in a custom 18 karat red gold plated box with hand engravings that match the treasure inside. It also has a rolled-edge dark green alligator strap which will camouflage you in the flora-fauna scene. There are only 8 handmade pieces of the Tropical Bird Repeater – the same number of codes that maisons who first crafted it had and have been used to this very day. The watch has been perfectly described on the Jaquet-Droz website with one powerful sentence – some watches tell time; some tell a story. 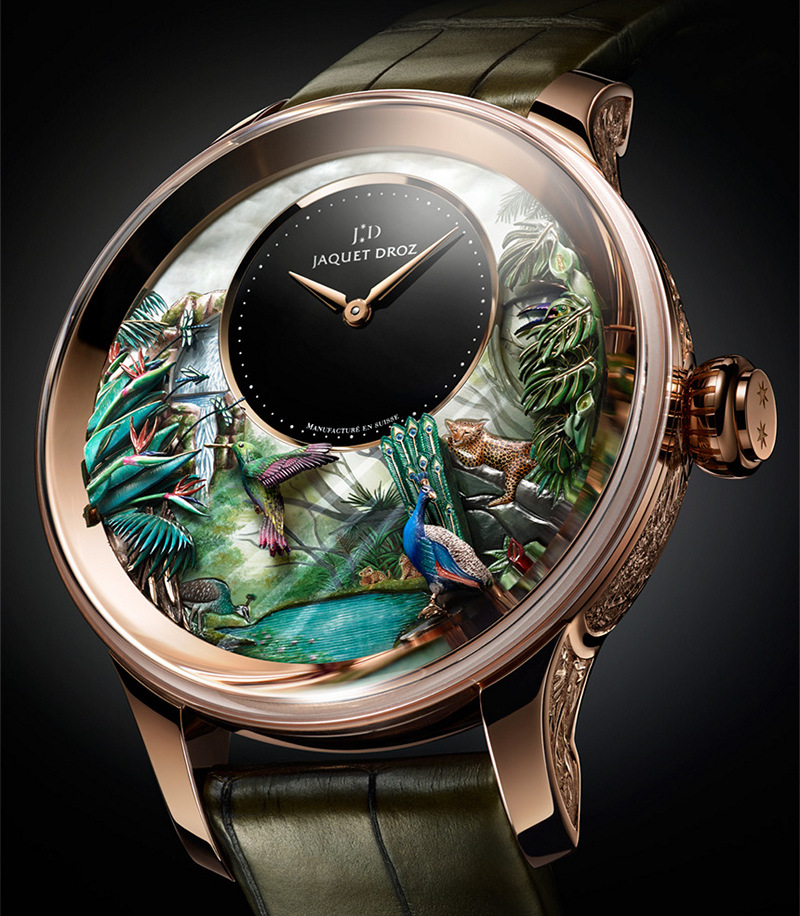 Who needs those Broadway show tickets when you have such artistic mastery and blooming visuals of a magic forest where the beings put on a special show just for you on your very wrist? To discover this tropical masterpiece visit Jaquet-Droz online store.