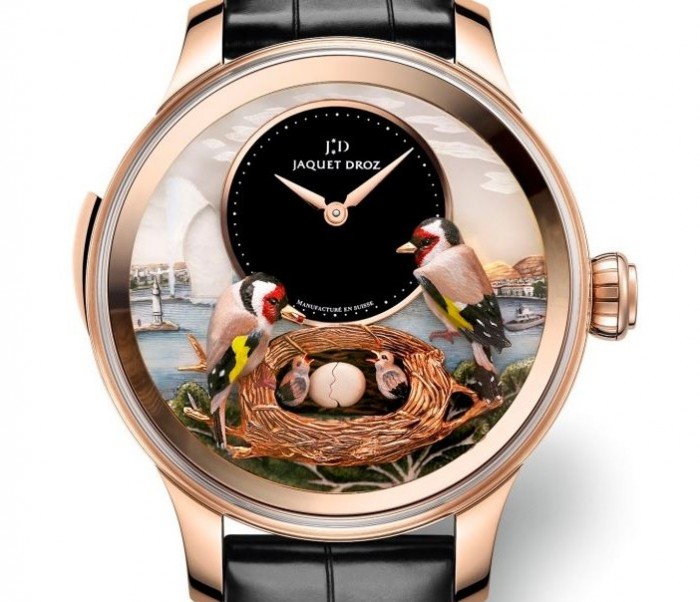 A team of talented engravers, painters and enamellers worked on the detail oriented dial. they’ve created in miniature form the Lake Geneva, its famous Jet d’Eau fountain and the Le Phare des Pâquis lighthouse. For good measure they also added the silhouette of the Salève, the pre-Alpine peak considered the city’s “balcony.” 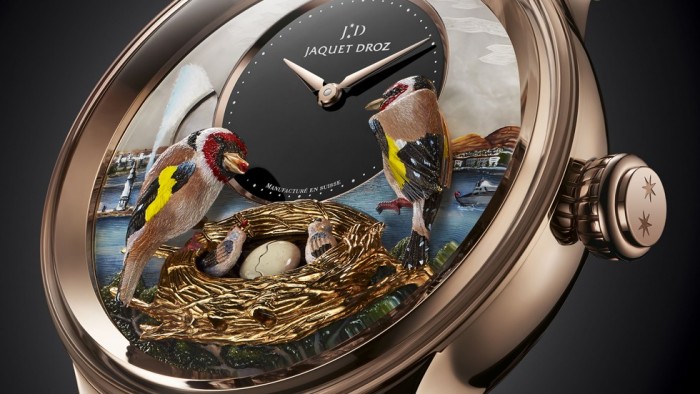 A family of goldfinches have made the center of the dial their home. This scene portrays the heart of Île Rousseau, the bird sanctuary island located at the entrance to the lake. Handcrafted from gold, brightly colored birds are shown feeding their young, while a hatching sit in the middle of the nest. Brilliant artists at Jaquet Droz have paid attention to detail to everything from the waves in the lake and eyes of birds to wisp of straw.

Continuing its tradition of using animations as with previous editions, the Bird Repeater Geneva boasts 8 outstanding animations. They include the birds feeding their fledglings, the spreading wings, the flowing water, the hatching egg. The animations are a tribute to humanoid automata famously created by Pierre Jaquet-Droz and his son in the 18th century.

The off-centered hour and minute sub-dial at 12 o’clock is more simplistic compared to the main dial. The dial itself is made from a disc of black onyx and feature two red gold hands. With only 8 pieces made this is an extremely limited edition timepiece. Though unconfirmed, it is said to carry an astonishing $500,000 price tag. As a one-of-a-kind watch with complex mechanisms it can command such a price. 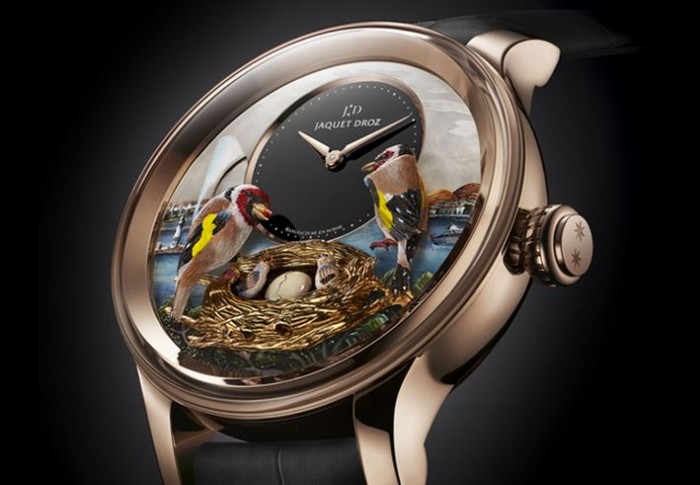 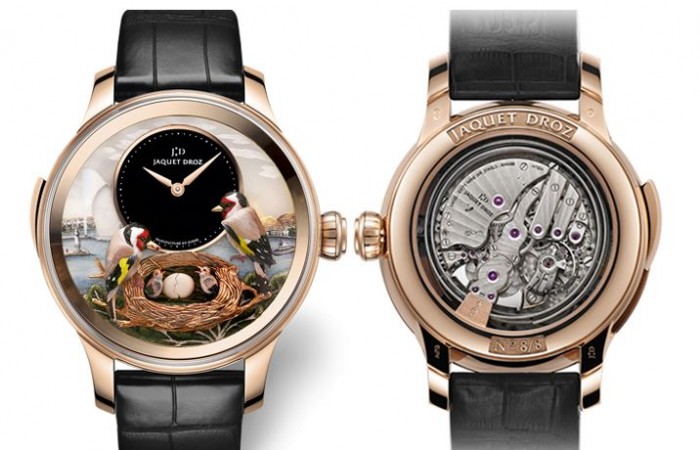