The eleventh piece of Jaeger-LeCoultre’s Hybris Mechanica collection has already entered the history books of horology as a one-of-a-kind masterpiece. Mind you, this is before its official unveiling at the SIHH 2014. The Hybris Mechanica Eleven as it is called is watchmaker’s first ever ultra-thin Grand Complication. The complication is in the range of “you wouldn’t believe” thin at just 7.9 mm with a 41 mm case diameter. Impressively enough all 471 parts of the in-house built Jaeger-LeCoultre Caliber 362 movement perfectly fits in there. The movement itself is only 4.8 mm thin, this is the same as much admired Piaget’s caliber 1290P. What’s more, Jaeger-LeCoultre raked up eight new technology patents while developing the watch, six of them were filed specifically for this watch. 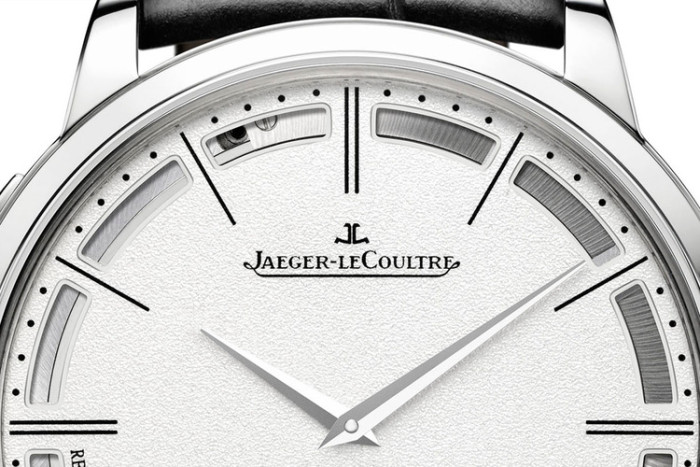 The well-proportioned 41 mm case is in white gold, according to Jaeger-LeCoultre white gold was chosen instead of platinum as it provides better acoustics for the minute repeater. The watch also features lugs that are slightly shorter than usual and it adds to the fact how perfectly balanced the case is in size. The dial in silver has grained decorations, black stick hour markers and dotted minute markers as well as white gold dauphine-style hands. 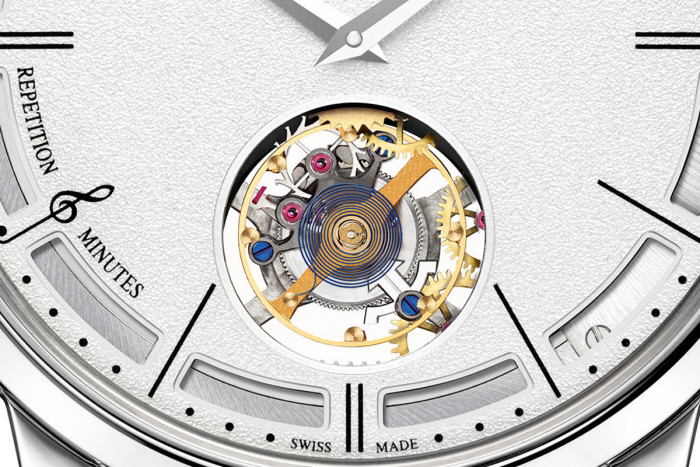 Hybris Mechanica Eleven features numerous grand complications. The first is the ultra-thin tourbillon located at 6 o’clock. The tourbillon is fully and clearly visible through the opening and consists of the flying tourbillon and a flying balance wheel. To make the movement with fewer components, a new balanced spring had to be developed, with the wealth of experience Jaeger-LeCoultre has in this area it was achieved easily with a movement measuring just 4.8 mm. 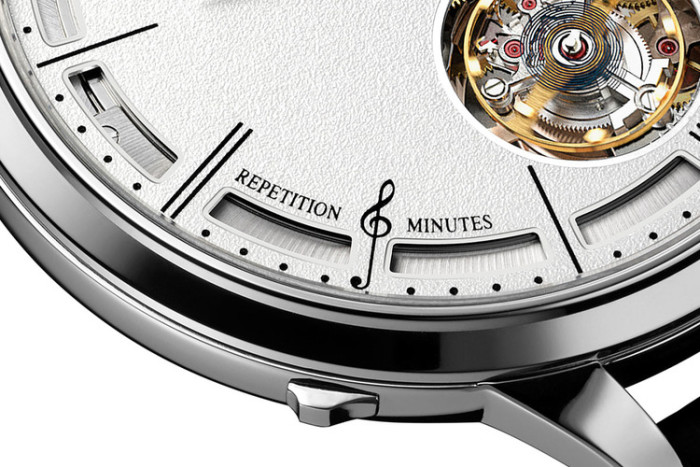 Another complication is the minute repeater. The repeater is made from scratch to fit in with the ultra-thin movement. The watchmaker took the opportunity to challenge itself and make changes to the way a traditional repeater works. Normally, if no quarter hours are being struck, there will be a pause between the chimes for the hours and the chimes for the single minutes. They made changes to the way tempo of the chimes work by reducing pauses between chimes for the hours and single minutes. This repeater is known when there are no quarters and reduces this pause, and keeps an even tempo. 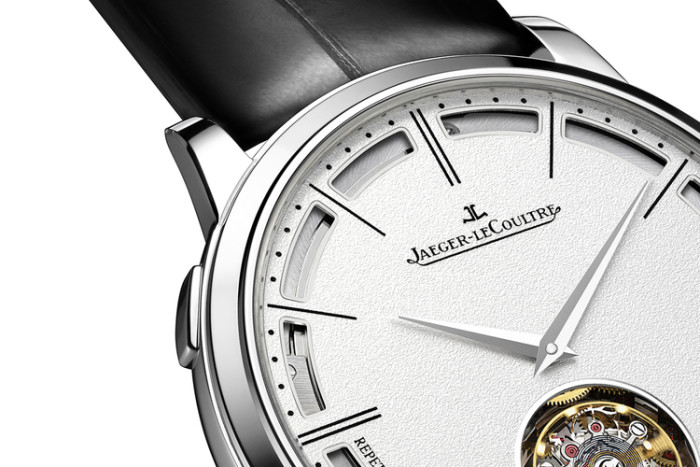 Instead of the usual slide along the case band activator, a minute repeater of the Hybris Mechanica Eleven start with a push button – a new repeater mechanism. It was designed this way to reduce the profile of the watch. The push button is located on the case at 10 o’clock and can be placed when necessary with a small slide at 8 o’clock. Additionally, the repeater uses sapphire gongs mounted to the back crystal and the gongs are stuck by trebuchet hammers. The gong technologies developed in 2005 by Jaeger-LeCoultre are known as providers of better sound. 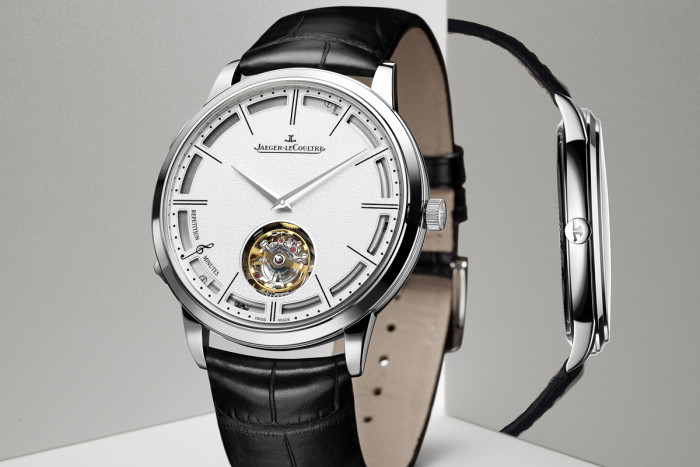 For a movement that is ultra-thin at 4.8 mm, the Hybris Mechanica Eleven is automatic, giving Jaeger-LeCoultre another first in technology in the world of ultra-thin Grand Complications. The workings of the peripheral platinum rotor are visible through the dial apertures inside the minute track along with the 45-hour power reserve.

Limited to only 75 pieces, the Hybris Mechanica Eleven comes with an attractive alligator leather strap secured by a white gold pin buckle. Pricing though not announced expected to be in the range of $400,000.