Bulgari has come up with an innovative way to use serpents in its finest accessories without angering PETA. The Italian luxury brand has brought the Bulgari Serpenti back to life! Long known for its iconic Serpenti watch, Bulgari continues to evolve the collection, regularly infusing it with innovation and elegance.

Over Bulgari’s 130-year reign, the Roman-born brand’s top designers have been inspired by the Mediterranean beauty and have always added a touch of nature to its creations. The high coveted Serpenti pieces were crafted over the years to capture the spirit of Bulgari’s Mediterranean Eden and Roman-Greek myths, first with jewelry and then with secret watches in the mid-1900s. 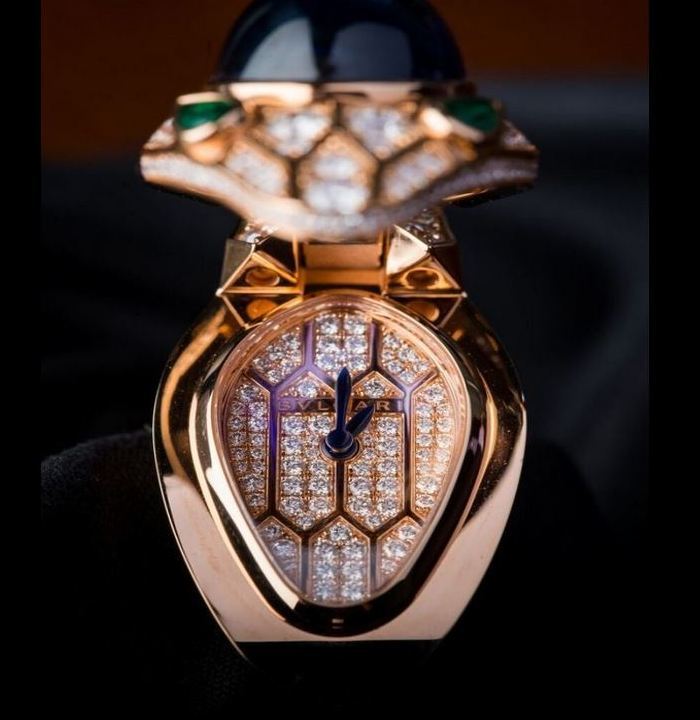 Bulgari combines jewelry and timekeeping in an artfully mysterious way by doubling this dazzling bracelet into a secret watch. The iconic collections are sensuous portrayals of the snake – the creature represents exotic charm, wisdom and hypnotic appeal. The Serpenti coiling around your wrist and even goes up on your arms depending on the version. It can be an open faced watch revealing its true agenda or be a hidden one inside the snake-head giving it a hidden charm. 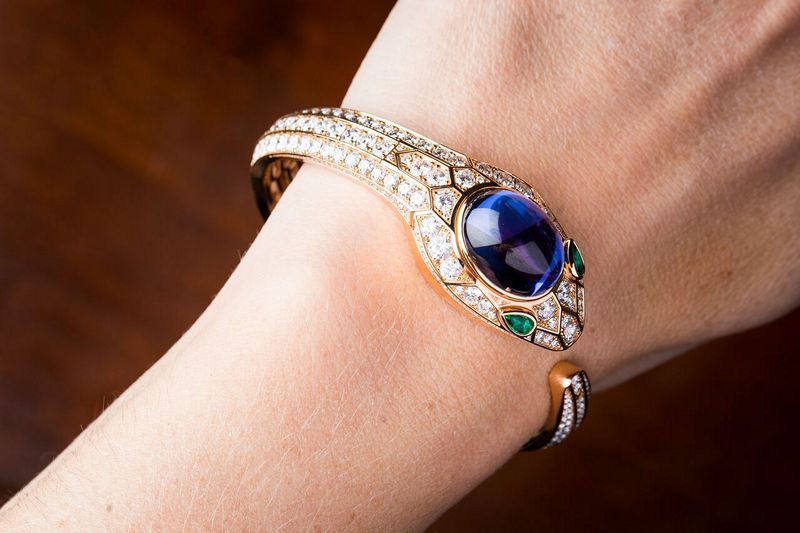 However, the new Bulgari Serpenti Secret watch comes with a new twist while still holding its allure. It is crafted from 18K gold and meticulously set with colorless diamonds – it’s a masterpiece Cleopatra would have wanted. Bulgari’s prized wristlet is crowned with a big sapphire cabochon making the serpent look royal with the focus on its bewitching emerald eyes. The mouth of the serpent will reveal a gold honeycomb texture, filled in with diamonds just like the bracelet and two small hands to tell the time.

A magnificent piece of jewelry that is not only functional but also historic? Bulgari has definitely justified its ornamental indulgence with good reasons. The Serpanti’s number one fan, Elizabeth Taylor said “Big girls need big diamonds” and there couldn’t be a better symbolism of her words than Bulgari’s studded watch.