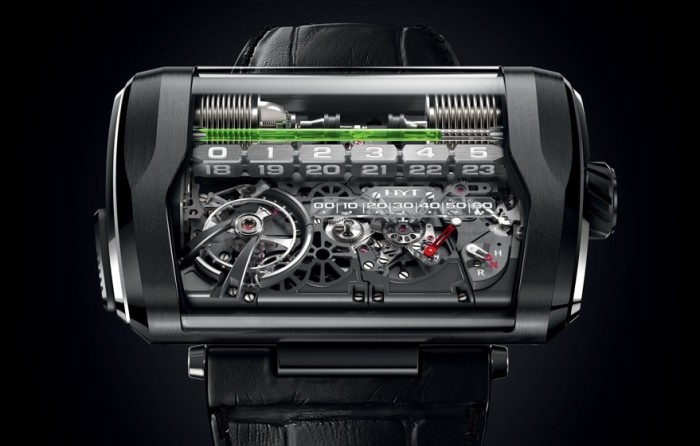 Although a new comer to high end watchmaking, HYT has so far released some of the most extraordinary timepieces you would ever see. One such example is the HYT Skull they introduced at SIHH in January. Their latest, scheduled to be debuted at Baselworld in couple of weeks is HYT H3. This too follows company’s founding principal in highly technical watchmaking – capillaries carrying fluids around to indicate time. Mechanism works with a pair of bellows injecting colored fluids to the tubes.

The exceptional HYT H3 has a fairly large case that measures 62 x 41 mm and has a bespoke curved shape. Hidden inside on the upper part of the case is the bellows mechanism that drives the watch. The one on the left controls the linear time display, while the second on the right controls the progression in the capillary. The small glass tube just 1 mm in diameter is filled with two fluids – a yellow water-based one to indicate the time and the second a thick fluid, as I understand to control the mechanism. 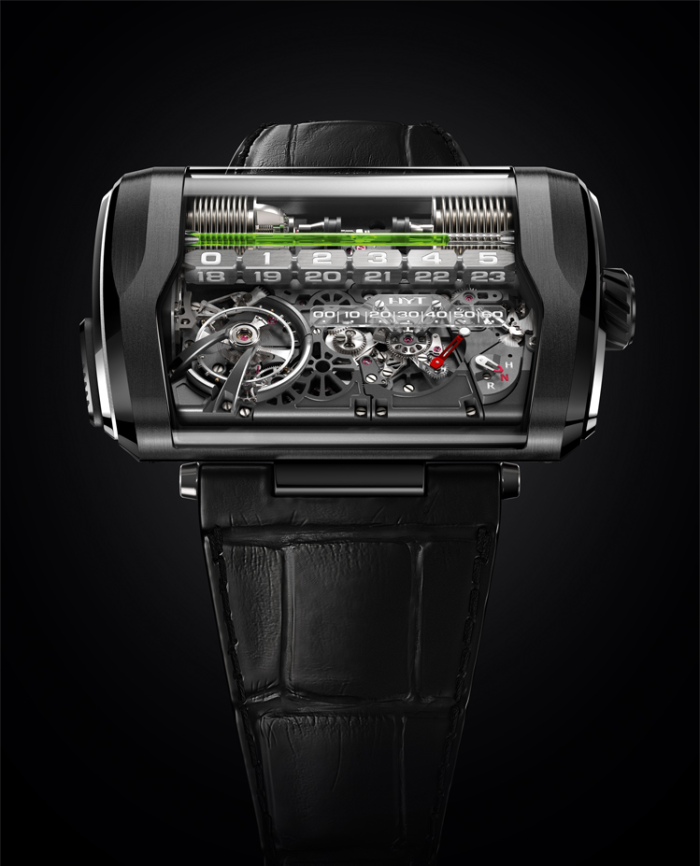 The unique rotating dial, if you can call it that features 4 faces arranged parallel to the time display tube. Each face represent a block of 6 hours and rotates 90o every six hours. The minute indicator also a linear display, is located on the lower right of the dial. A small red hand below it sweeps across to indicate time and then return to its starting point. As you can notice the open-worked dial features no hour hand, sub dials or anything else you are familiar with seeing on a wristwatch.

For all these complex mechanisms such as the pusher on the side of the case to manually turn the hour marker cubes, HYT H3 need a powerful movement that can handle them. The APRP (Audemars Piguet Renaud & Papi) developed caliber also capable of providing 170 hours of power reserve thanks to its two barrels.

The charcoal grey PVD-coated titanium and platinum made HYT H3 comes fitted with a black alligator leather strap and it will be limited to just 25 pieces. Priced at CHF292,000 ($304,000), according to HYT they are on track to deliver them starting September 2015. 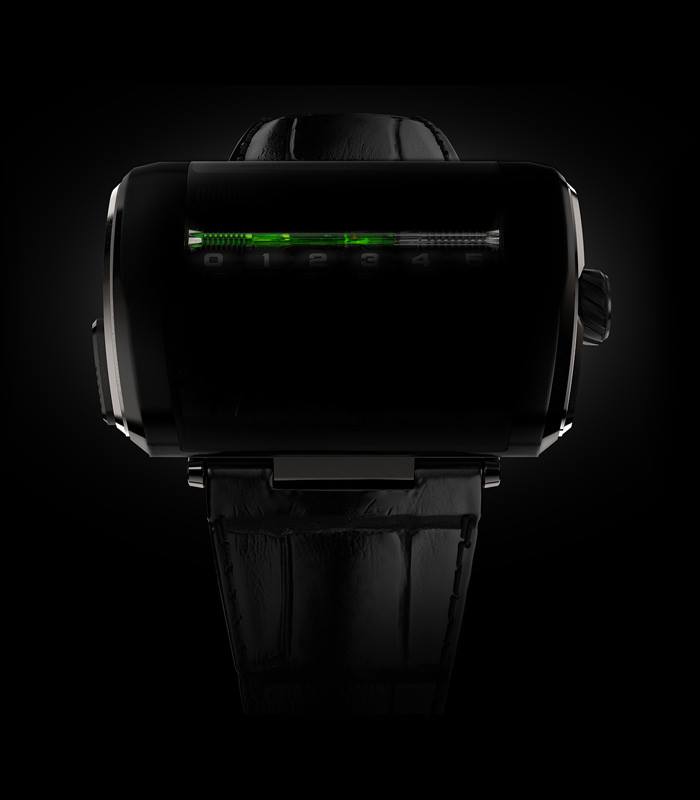