Corum Bubble has a cult following. Originally introduced back in 2000, its domed sapphire crystal cover was a revelation. And it was huge – both the 44mm case and the dome. For Severin Wunderman, Corum’s owner at the time this was one big canvas to put his artwork on display. And the result is a collection of unique Bubble limited editions. They stopped the production of it for a while but brought it back last year. Thanks to that comeback now we have a collection of Halloween Corum Bubble – 3 wonderfully colorful and spooky pieces.

All three Corum Bubble timepieces are powered by the CO082 automatic movement with 21 jewels and housed in an 18.5mm case. Functions include hour, minute and seconds, 42 hours of power reserve, 4 Hz frequency and water resistance up to 100 meters. 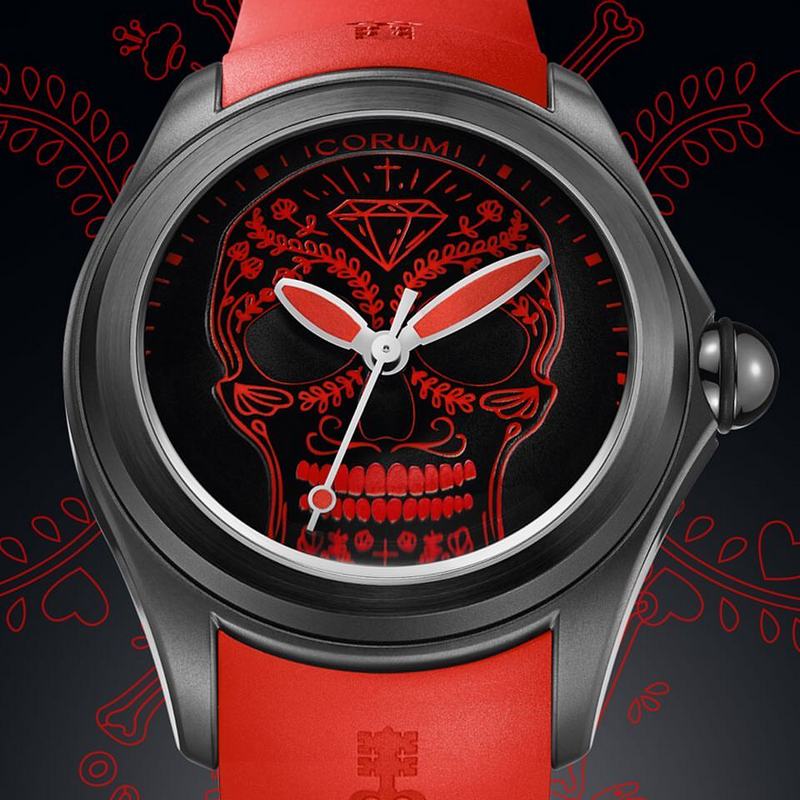 Voodoo – definitely more scary than a pirate. Corum has resurrected this cursed Haitian soul for this Halloween. Usually a fashionista in a top hat, black tail coat, dark glasses, and cotton plugs in the nostrils, in this version he rose up after 16 years surrounded by fire. He already owns 38 souls at $3,900 per piece. Your soul could be his 39th – be very afraid. 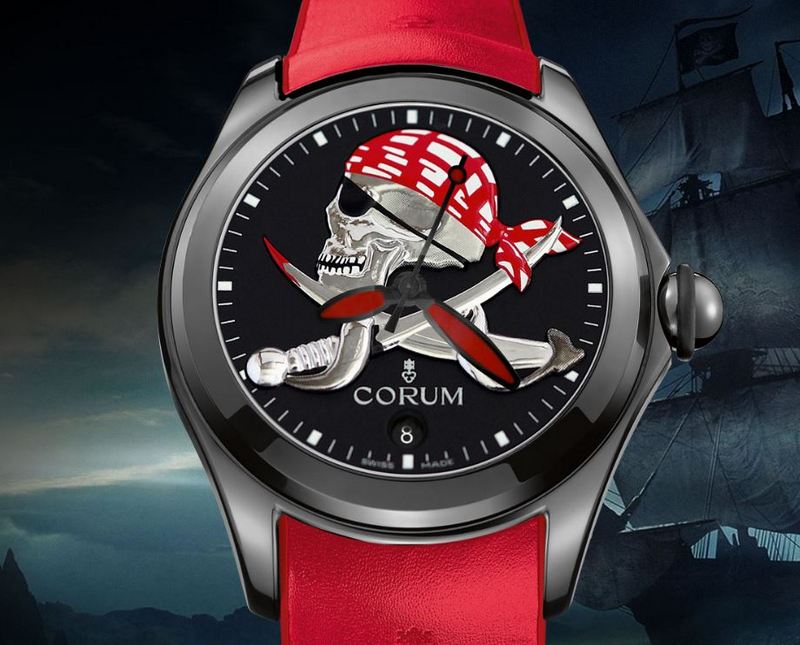 We all love a pirate from the Caribbean. This pirate is in a bit of a distress. His ship capsized somewhere in the Sargasso Sea, he is now desperate and trying to scare us on Halloween night. Anyway, he is not poor, his looted treasures safely tucked in the hull include 188 pieces red, white and blue dials with swords. Price $4,200. 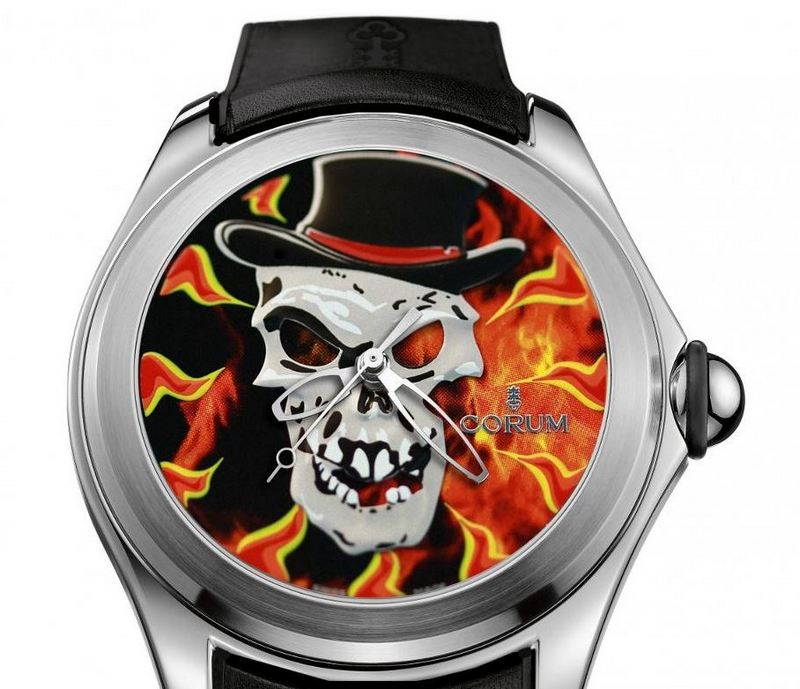 This red and black skull shows no mercy when it visits you at night on Halloween. You never know what is going to happen when his spooky powers peak at midnight. Don’t even dare to look into his pitch-dark eyes, they will scare you to death. So far he collected 88 at $5,200 per soul, don’t let yours be the 89th. Visit Corum for more info.