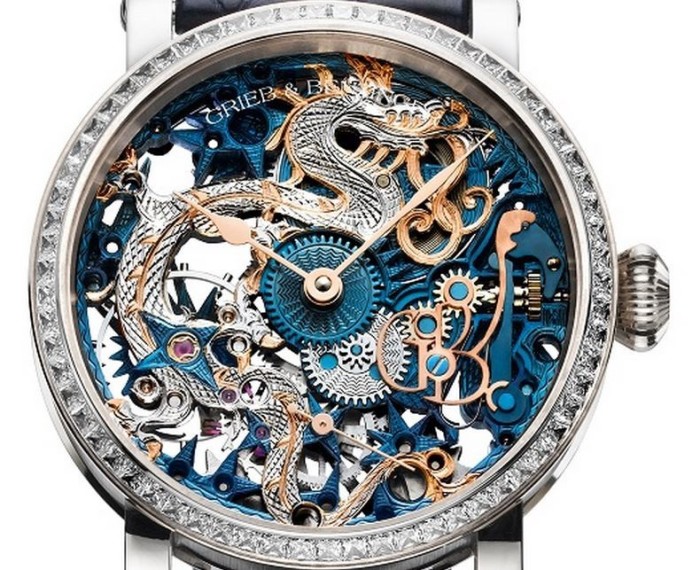 A Chinese gazillionaire born in the year of the dragon just gave himself a special birthday present on 8.8.2014 – a lucky day and eight is a very lucky number according to Chinese beliefs. Bespoke special edition timepiece from the luxury watchmaker Grieb & Benzinger is dubbed The Blue Dragon Imperial. It took the German watchmaker 8 month to produce the watch according to the wishes of the Chinese collector and the result is a fine piece of art that is made from finest material by some of the best watchmakers in the world.

The Blue Dragon Imperial features a fully skeletonized dragon that is part of the movement and it floats within the case. The watch decoration techniques used in creating the Blue Dragon incudes hand-skeletonization, hand-guilloché and hand-engraving. Housed in an 18 carat palladium-white gold case, it has a bezel set with 66 finest Princess cut diamonds. It also features a blued-movement and decorations such as blued screws, a flame-blued crown and a ratchet wheel. Its hour and minute hands are made from steel and come coated with gold.

The blued movement of the watch is considered a tribute to Swiss watchmaking roots. Blue movements also has a history in China, they were built mainly for the Chinese market during the reins of the Qing Dynasty under Emperors Jia Qing and Dao Guang. Grieb & Benzinger actually owns one of these rare blue movement watches from early 1820’s made by Charles Oudin. As for the Blue Dragon Imperial, it is considered to be blessed with triple luck because of the date it was handed over to the lucky owner on 8.8.2014 and time it took to create the watch, 8 months. One certainly have to be lucky to have it custom made and being able to foot the bill that must have accounted for a six figure amount, if not seven. 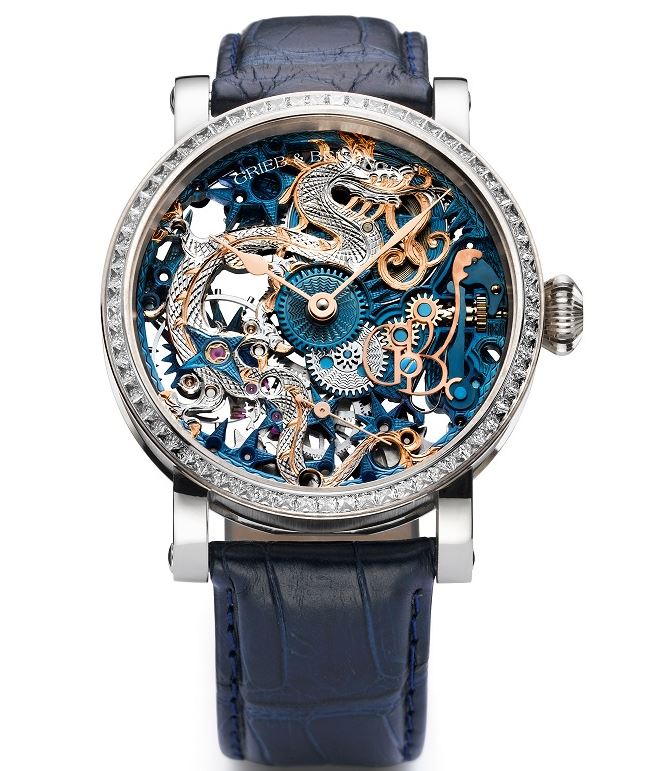