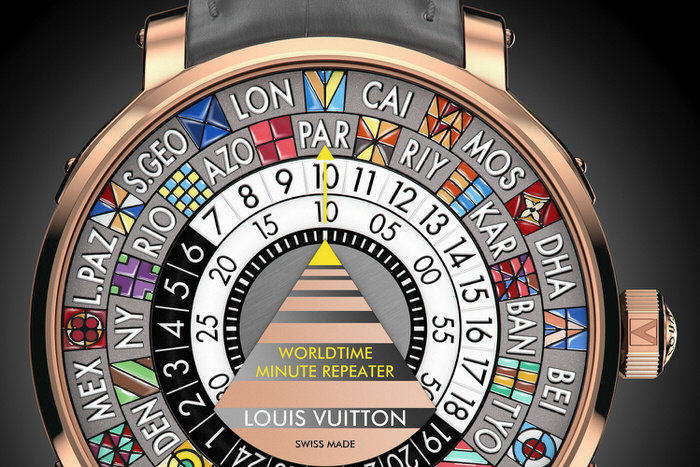 The newest version of the Escale Wordtime was unveiled by Louis Vuitton at Baselworld last week. Introduced last year at the same venue, the colorful watch once again is powered by a La Fabrique du Temps made movement. By now luxury watch enthusiasts know LVMH acquired La Fabrique in 2011, their sole purpose is to develop complicated movements for the Louis Vuitton brand. As the name, Escale Worldtime Minute Repeater indicates it comes with the repeater function in addition to time-zone function.

This year’s hand-painted dial again consists of 38 colors. Instead of 50 hours craftsmen spent on each dial last year, they managed it in 40 hours this time around. The familiar Louis Vuitton trunk monogram again makes an appearance on the dial, aptly for a travel-oriented timepiece. Each city is represented by a symbol and a three letter code on the farthest disc, while time zones on the middle disc indicate am and pm in colors white and black. 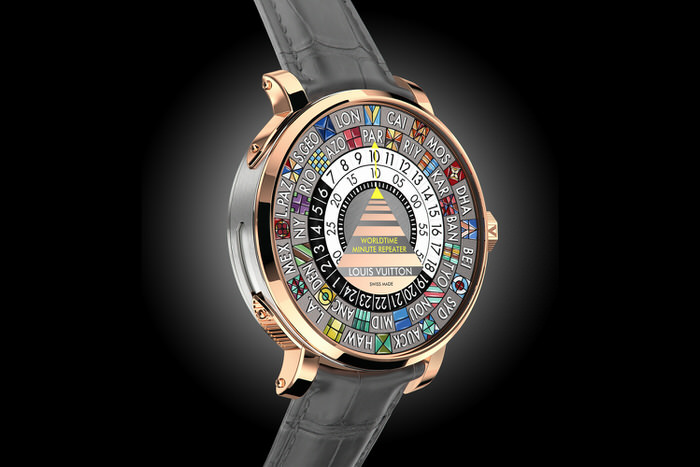 The discs on the dial get adjusted by a single crown. Two functions are set by aligning the “V” on the crown with the case – the setting of home time and locking in the time zone for which minute repeater will chime. When you set the time for destination city other time zones get automatically adjusted, this means at all times you can read the correct time zone for all 24 cities. The destination city pointed by the yellow arrow stays at top of the dial, and the hour disc along with the world-timer moves in sync. 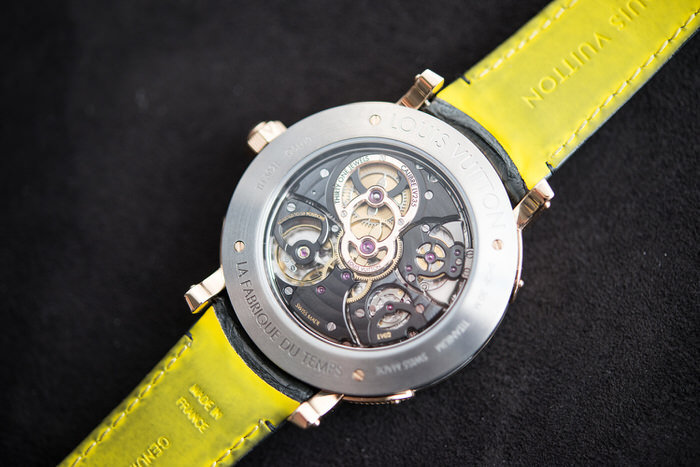 The case is made from a couple of different materials that include titanium in the middle of the case and the bezel, horns, and crown in 18 karats pink gold. Measuring 44 mm in diameter it houses the LV235 movement. Unlike on the first version of the Escale Worldtime, this avatar offers a full view of the workings of the movement, including the chiming hammers through its sapphire crystal case back.

Pricing for the Escale Worldtime Minute Repeater not announced by Louis Vuitton at the time of the début, but expect it to cost in the north of $60,000. Last year’s version had a $67,000 price tag.