The Bubble watch with a menacing skull for a dial! 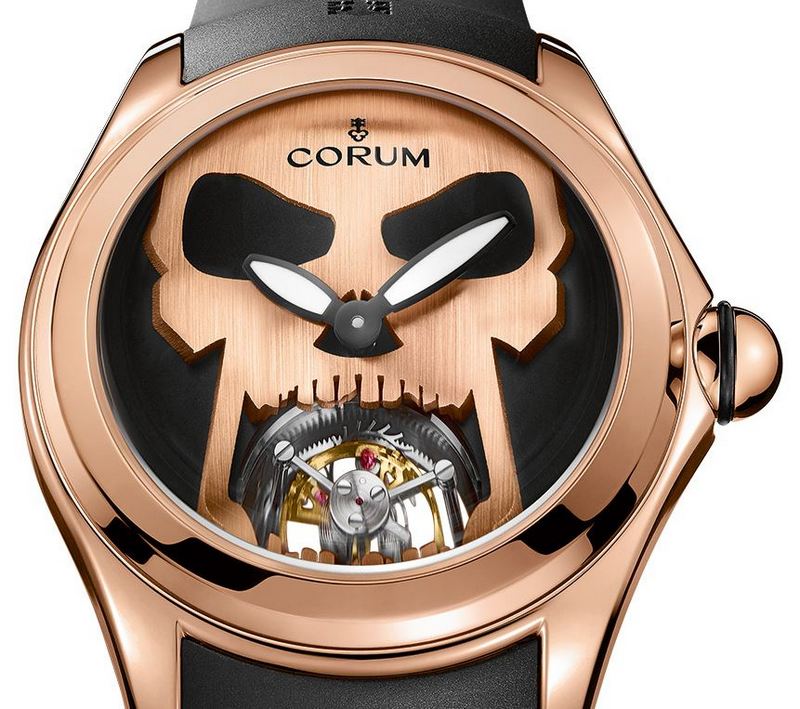 Adding to its extra-terrestrial look is the Bubble watch’s 47mm 18k rose gold case, which highlights its size and its large bubble-shaped crown, also made out of 18k rose gold. Its thickness is a whopping 18.55mm as a result of the domed sapphire crystal. Clearly, the Corum Bubble 47 Flying Tourbillon is no small watch, and it is bound to draw lots of attention. If wrist presence is what you seek, this watch will deliver it in spades. Unfortunately, despite the watch’s beefy dimensions, water resistance is 30 meters, so you’ll have to be careful with your liquids around this watch. 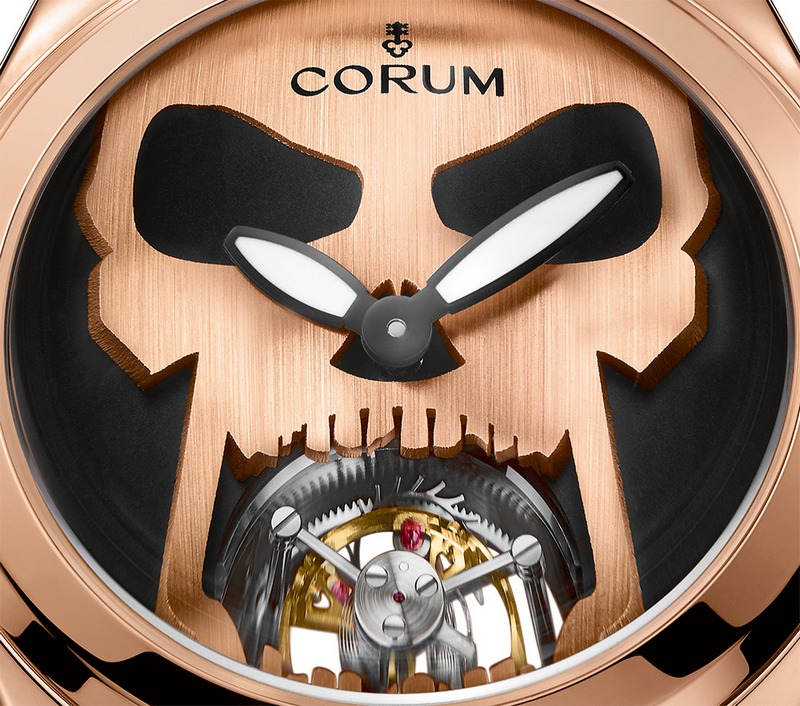 Another feature that accentuates the Corum Bubble 47 Tourbillon’s extra-terrestrial look is the large brass skull that makes up the dial. The large hollowed and empty eyes along with the charcoal black dial and the curvature from domed crystal create a gothic look that is seldom seen in other watches. Completing the extra-terrestrial effect is the flying tourbillon at 6 o’clock, which is framed by the mouth of the skull. 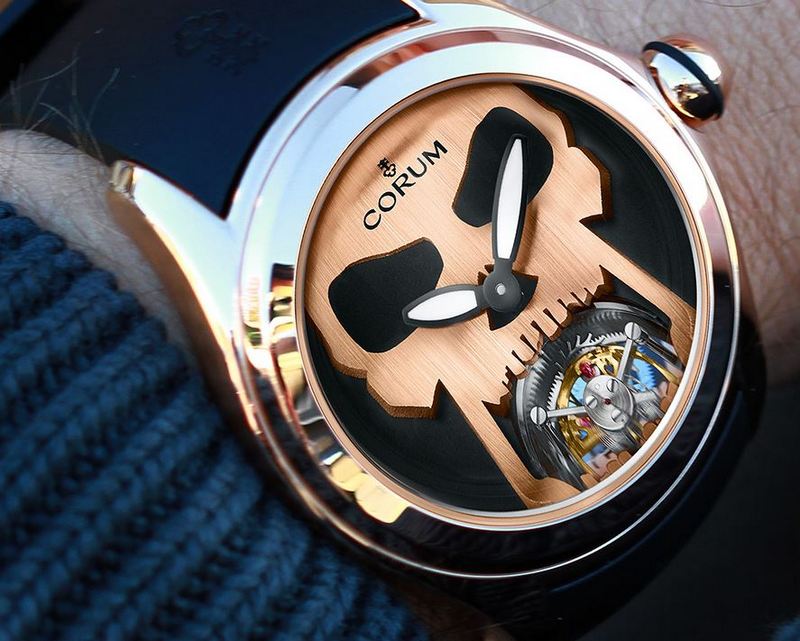 The movement powering the Corum Bubble 47 Flying Tourbillon watch is the CO 016. It is an automatic movement that relies on a micro-rotor for winding. The micro-rotor features the Corum key in 18k red gold. Power reserve is a very respectable 72 hours and the movement beats at 3Hz.

Priced at $100,500, the Corum Bubble 47 Flying Tourbillon comes across as a pretty unusual watch. Particularly its boldness in design innovation makes it very cool, especially for watch lovers who appreciate some quirkiness and individualism.