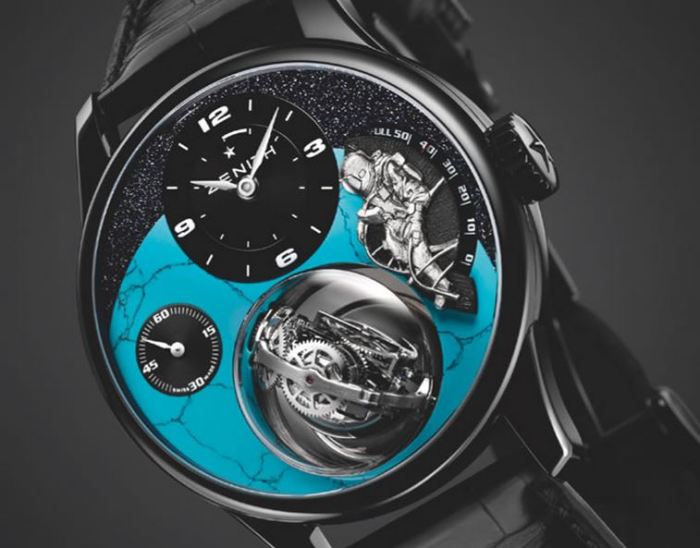 Zenith has been supporting Felix Baumgartner’s endeavors for a long time and that includes his record breaking jump from the stratosphere. During his jump on October 14th 2012, Baumgartner became the first man to break the speed of sound, and Zenith joined him in record books with their El Primero Stratos Flyback Striking 10th as the first timepiece to break the speed of sound. To celebrate the second anniversary of Fleix’s achievement, watchmaker has introduced the special edition Zenith Academy Christophe Colomb Felix Baumgartner “Gravity Control” timepiece – limited to just 10 pieces.

The highlight of the Zenith Academy Christophe Colomb is its complicated “miniscule gyroscopic module” located at six o’clock. A first in wristwatches, it resembles the gimbal-system used on ships. Manufacture of it required making 60 new tools, and the sphere itself needed over 175 parts. The Christophe Colomb introduced in 2011 is powered by the highly accurate EL Primero 8804 caliber movement capable of clocking 1/10th of a second and immune to the effects of gravity regardless of the position of the watch thanks to the gimbal system. 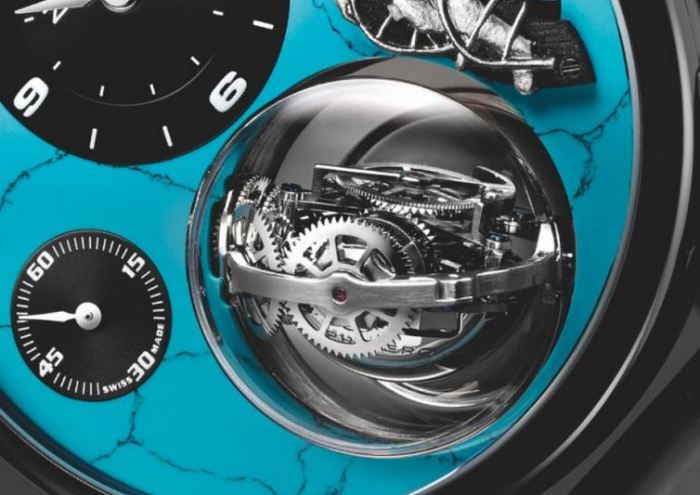 Located at three o’clock is an engraved figure in 18 karat gold illustrating Baumgartner moments before his jump standing on the edge of the capsule. It took Baumgartner four minutes and 20-seconds to complete his free-fall 38,969 meters, a white line drawn from 12 o’clock to near 1 o’clock acknowledge the four-plus minute mark. The upper portion of the dial shows the Milky Way as seen from the stratosphere in aventurine, while the lower portion portrays the Earth in turquoise.

The dial also boasts a power reserve indicator at three o’clock right next to engraved Baumgartner and seconds sub-dial at nine o’clock. The hour and minute dial at 12 o’clock features lacquer hour markers and white-gold hands. Housed in a 45 mm black case made from DLC-coated platinum, it comes with a black alligator strap and black DLC-coated white gold buckle. The limited edition Zenith Academy Christophe Colomb Felix Baumgartner is priced at £180,000 ($275,000.) 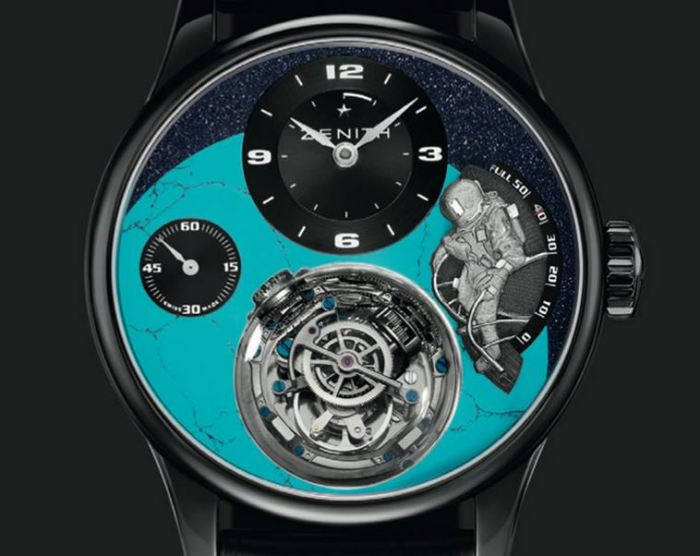