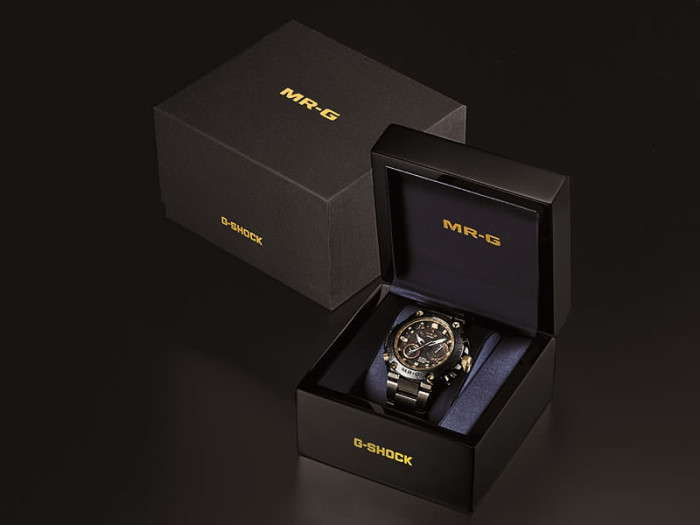 Casio has a new G-Shock that just went on sale this month. This upgraded Casio G-Shock MR-G, a limited edition Basel special version of the model is designed at watchmaker’s Yamagata Factory in Japan. Along with the new model Casio also bring in a new material. It is made from a newly developed titanium alloy treatment named Titanium 64 that consists of 90% titanium, 6% aluminum, and 4% vanadium. The new composition is said to be seven times tougher than pure titanium.

The new Casio G-Shock MR-G feature tough Ti64 protection “Japan Blu” DLC treatment on the case and bracelet. Other highlights include gold front screws and crown, and anti-glare sapphire glass. Giving the watch an unorthodox finish is its recrystallized bezel – inspired by the nie patterns seen on traditional Japanese swords. They all come packed in a 56.0 mm case. 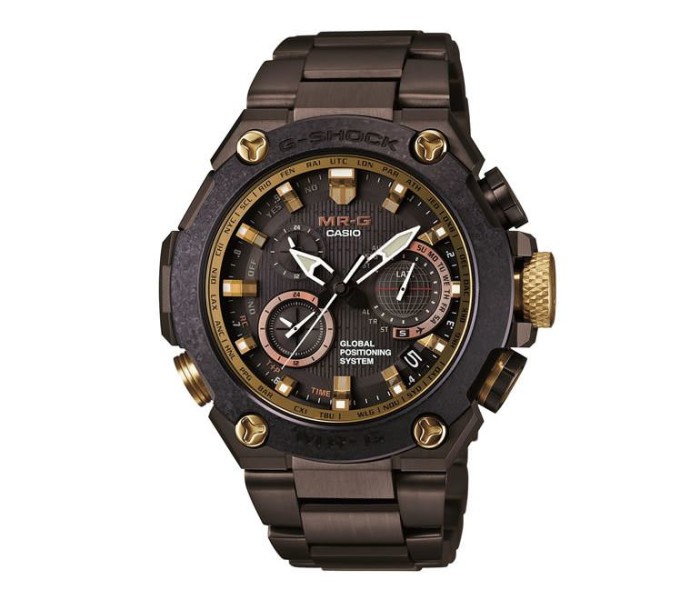 If you really wants to know here is its official full name – the G-SHOCK MR-G GPS Atomic Solar Hybrid Basel Special Limited Edition MRGG1000RT-1A. I would say this timepiece is a real good deal as it costs just $6,000 and comes packed with excellent features. It is now available at select jewelers, G-Shock.com and the G-Shock NYC Soho store.