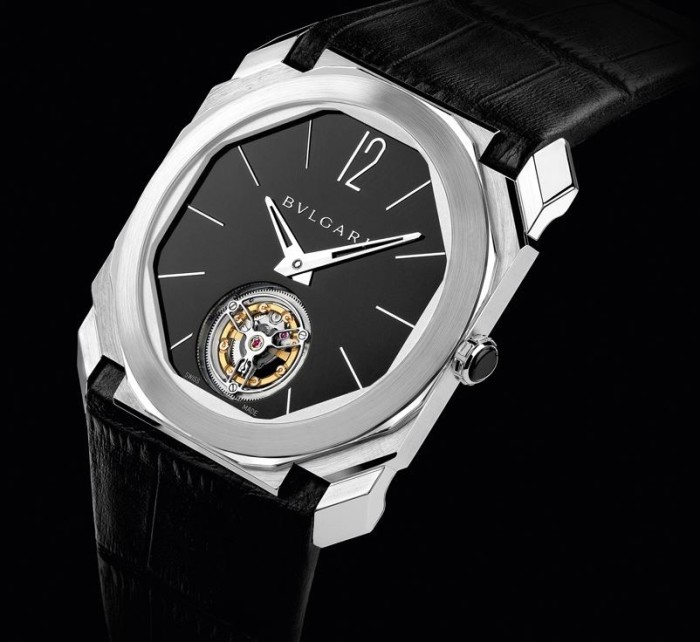 Ultra-thin watches holds a psychic stronghold in the luxury timepiece segment. Every year be it at SIHH or Baselworld, manufacturers gather to showcase their thinnest movement to the world. This year it’s Bulgari’s turn, they’ve snatched the record set by Arnold & Son last year with the Octo Finissimo Tourbillon.

The Octo Finissimo Tourbillon’s movement is just 1.95 mm thick and with the case just measly 5 mm thick. To achieve this extra-ordinary thinness Bulgari had to invent new technical solutions. One such solution is replacing jewels of the bridges with ball bearings. The movement has two bridges, one for the minute wheel and other for the gear train of the tourbillon cage. Thickness of the movement is decided by the one-minute flying tourbillon, as it is the thickest part of the movement. By using ball bearings Bulgari eliminated the need for a traditional regulator assembly, this allowed the movement to be even thinner, and timing is now adjusted directly on the balance wheel. It also come with an improved power reserve of 55 hours. Movement also features traditional finishes such as beveled plates and bridges and satin brushed gears in addition to côtes de Genève decoration. 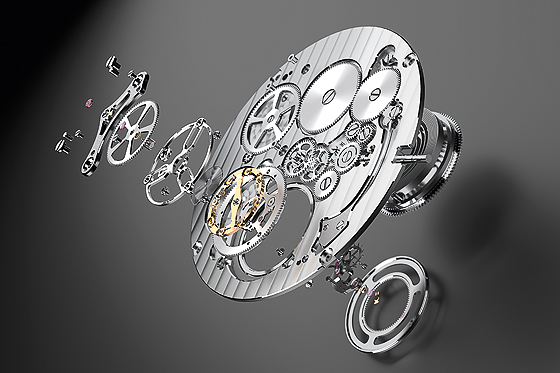 Finissimo in Italian means “very thin” and this is the thin sibling of Octo, a name appropriate for a movement just 1.95 mm thick. The movement comes housed in a 40 mm platinum case with a lacquered and polished black octagonal dial. The dial features white stick hour markers and 12 o’clock in Arabaic numerals and 6 o’clock is represented by the tourbillon. The Octo Finissimo Tourbillon comes with a black alligator leather strap with a platinum buckle. Pricing and release date is yet to be announced by Bulgari. 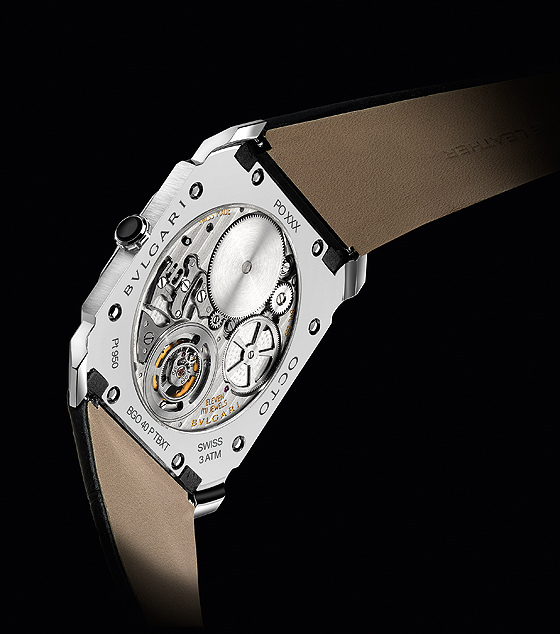