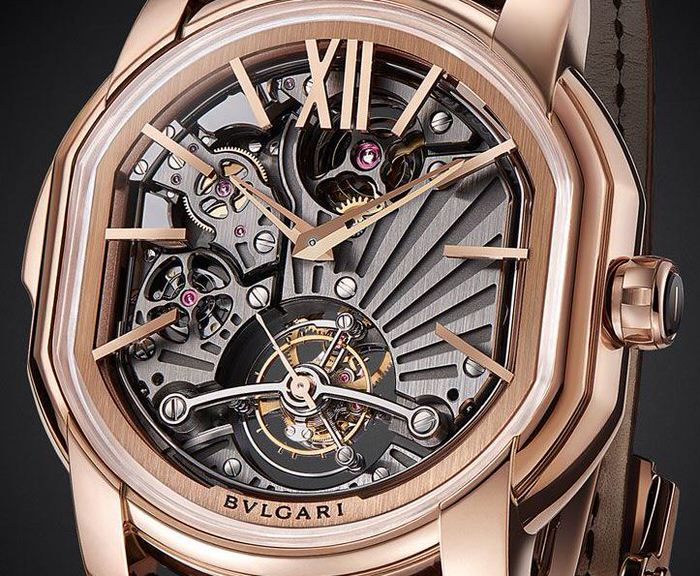 The carillon function, a striking mechanism that plays at least three notes is rarely used on timepieces nowadays. For their latest creation, the Bulgari Carillon Tourbillon, the Italian watchmaker decided to add the function and along with it the most complicated and uncommon carillon configuration of them all – three hammers. Overall not a lot has changed from the previous version of the Bulgari Carillon when it comes to characteristics, but it features a thinner pink gold case and a reworked design to deliver enhanced legibility.

Hand-crafted and special-shaped, the gongs of the Carillon Tourbillon are delicately fashioned in several stages to provide the perfect identical quality sound quality. To create best striking chords for the minute-repeater via three carillon hammers, the driving levers are carefully toothed by the artisans. The striking lever has been redesigned and re-positioned for a better grip.

The two complications tourbillon and carillon works independently of each other, powered by the mechanical hand-wound Manufacture Calibre DR3300. The movement with 327 parts is arranged around the large tourbillon carriage, and the mechanical power is distributed to two complications through two barrels. The movement also deliver at least 75 hours of power reserve. The sapphire crystal covered dial of watch is stands suspended from the inner bezel ring. Which not only enhance the echo of the striking mechanism, but also allows for better horizontal visibility of the mechanism. The movement also comes with extensive array of decorations and feature polished steel parts as well as openworked surfaces. The Bulgari Carillon Tourbillon’s finely decorated mainplate and bridges boasts an elegant NAC surface treatment, which is an alloy made of metals platinum, rhodium, ruthenium and indium. 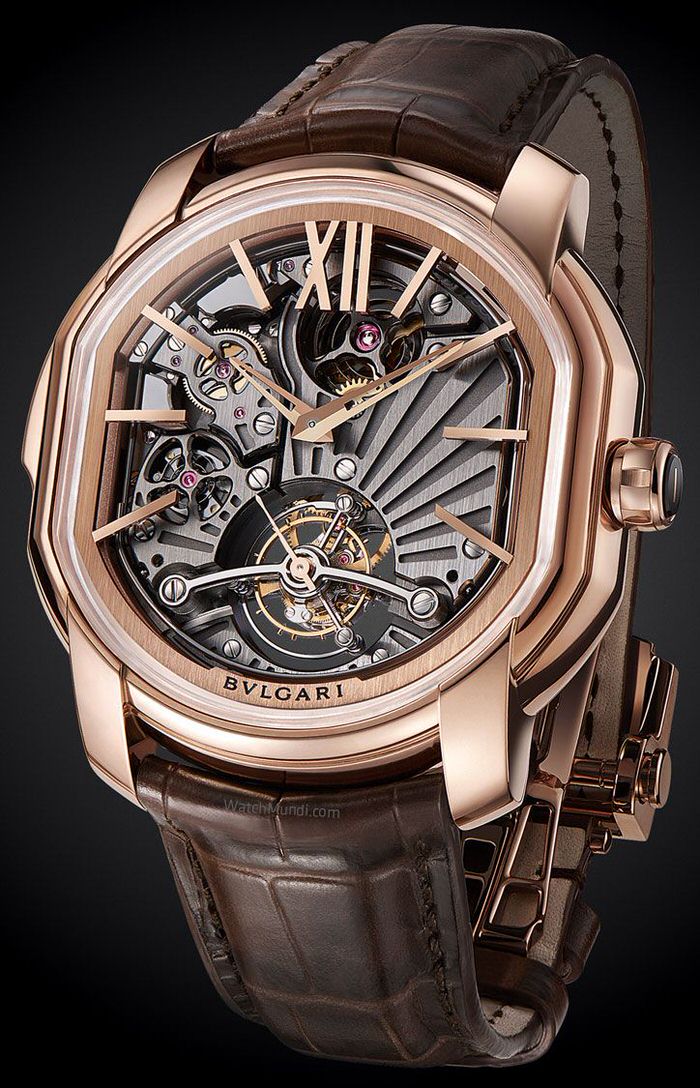