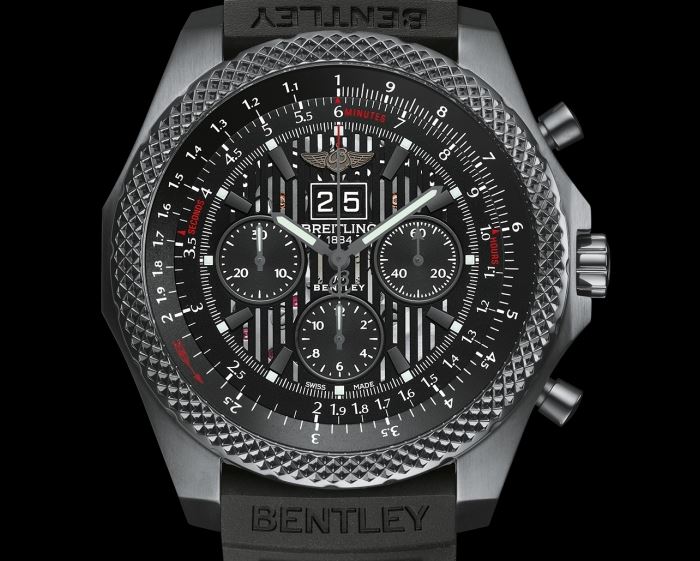 During their 10 plus years of collaboration British automaker Bentley and Swiss watchmaker Breitling has unveiled quite a number elegant timepieces. The collaboration has a new addition to their collection. The black-clad new Bentley 6.75 Midnight Carbon pays tribute to its biggest engine, the 6.75 liter powerhouse of the luxurious Mulsanne.

The midnight-hued livery of the dial, achieved by a special ultra-resistant carbon-based treatment, enhances the sporting style of the satin-brushed steel case with its taut, dynamic lines. The inspiration for knurled bezel design comes from Bentley’s famous radiator grilles. Vertical open worked motifs on the dial adds another dimension by offering a glimpse of the movement. However, the stand out feature of the dial is its “large-aperture calendar” with two separate displays – one for the tens and the other for the units. There are three sub-dials on the watch – at 3 o’clock for seconds, at 6 o’clock for 12 hours and at 9 o’clock the 30-minute sub-dial. 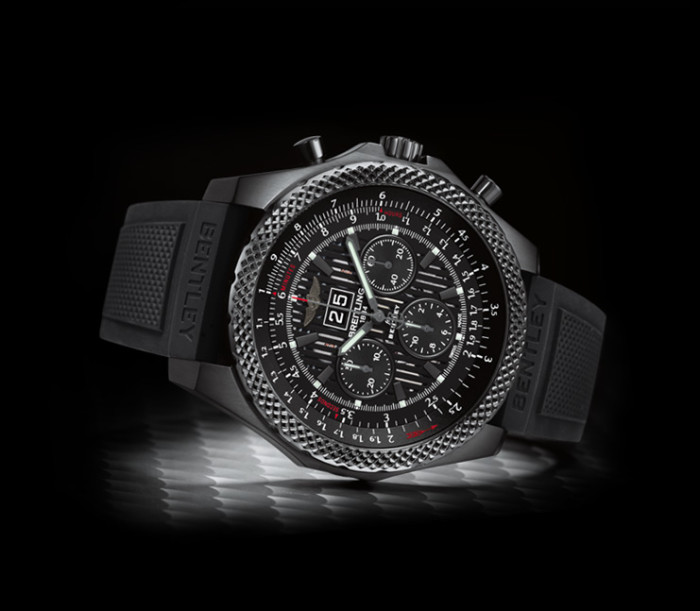 The Bentley 6.75 Chronograph is powered by a self-winding caliber 44B movement chronometer-certified by the COSC (Swiss Official Chronometer Testing Institute) with a frequency of 28,800 Vph. It is also water resistant up to 330 feet. The case back of the watch has its own unique design, it resembles the five-spoke motif of Bentley wheel rims and appears in black against the metallic background.

The Bentley 6.75 Midnight Carbon comes on a rubber strap with a central raised motif echoing that of the bezel. Clad in black and signed Breitling for Bentley, only 1,000 examples will be issued. 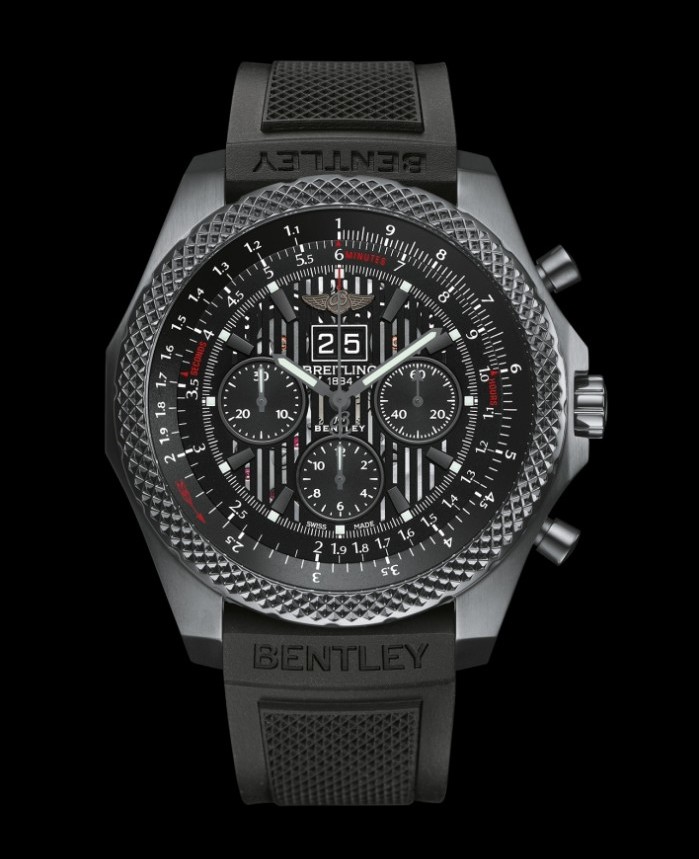