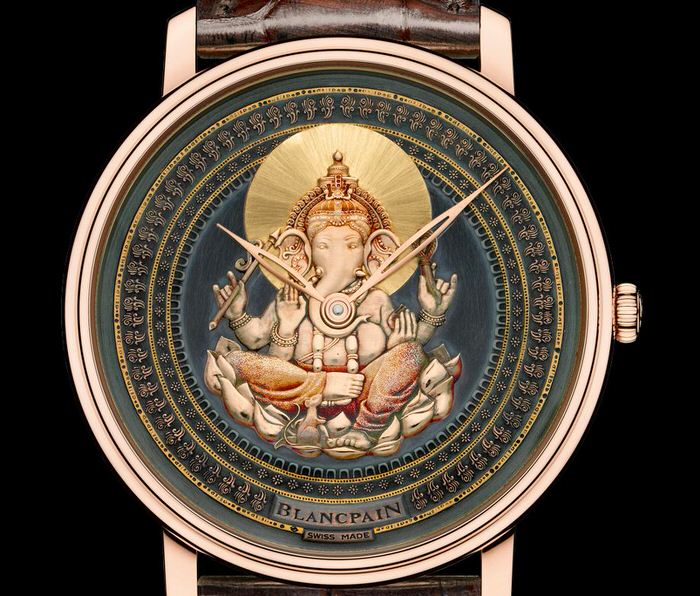 The Hindu God, Ganesh, is the theme of watchmaker Blancpain’s latest timepiece. Ganesh with his elephant head is the most instantly recognizable God in the world. In Hindu religion he is known to conquer obstacles and known as the God of wisdom, intelligence and prudence. To create the Ganesh timepiece Blancpain chose Shakudo, an alloy made up of copper and gold to achieve a blue and black patina. Of Japanese origin, Shakudo is achieved by a process called passivation that include applying a solution called Rokusho, composed of copper acetate in green grey to the alloy.

The new Ganesh timepiece is one of four different models Blancpain’s created to promote and preserve Métiers d’Art practices in watchmaking. Each piece will feature different crafts Shakudo, engraving and Damascening. Blancpain artisans had the freedom to choose their preferred style of engraving and the amount Rokusho patina. This resulted in creating exclusive timepieces with different shades of patina and texture as you can see from two images. 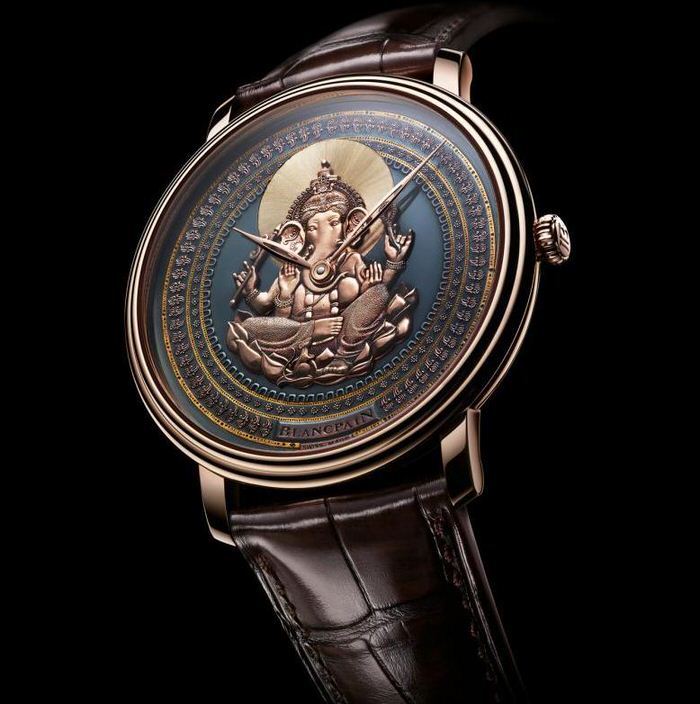 Aesthetically the Ganesh timepiece follows the Villeret collection, as a result it comes housed in a 45 mm red gold bezel case, with plenty of room for artisans to express their creativity. It also have a sapphire crystal caseback, through which one can enjoy the workings and Côtes de Genève decorations of the caliber 15B movement. For more details visit Blancpain.