The storied British watchmaker Arnold & Son has just unveiled a 45 mm column-wheeled chronograph with a dramatic tourbillon named the Royal TEC1. The Royal TEC1 expertly combines three complexities a tourbillon, a column wheel chronograph and an automatic winding system. The TEC1 is their third tourbillion and joins brand’s stylish Royal Collection. The Royal Collection consists of watches inspired by timepieces created for King George III and members of the royal court by John Arnold early in his life.

This year Arnold & Son celebrates 250th year as a prestigious watchmaker, the TEC1 is created to pay tribute to its heritage as a leader in creating complex and innovative timepieces. The can’t miss feature on the dial is its tourbillon escapement, it is located on the top between 10 o’clock and 2 o’clock with a large aperture that displays its amazing three-dimensional effect. At 6 o’clock on the opposite side 60-minutes counter for the chronograph is located. 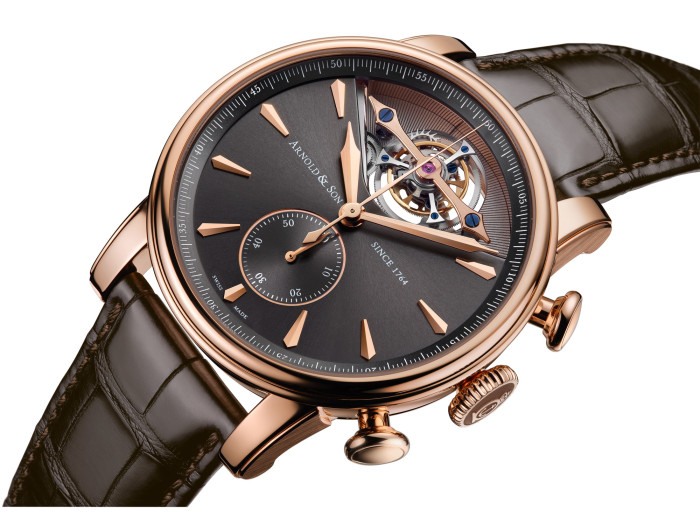 Powered by the A&S8305 caliber mechanical self-winding movement it features hours, minutes, tourbillon and chronograph. Movement features a power reserve of 55 hours and 28,800 of pvh. It is water resistant up to 30 meters. The inner workings of the movement is visible through its sapphire case back. The beautifully crafted movement according to Arnold & Sons boasts finishes such as manually chamfered bridges with Côtes de Genève rayonnantes, circular graining, blued screws and mirror polished heads. And its skeletonized rotor is beautifully finished with brushed surfaces and chamfered polished edges.

The TEC1 will be available in three versions. One is the 18 karat red gold limited edition model with blue lacquer guilloché dial and a celebratory “250th Anniversay” engraving on the rotor. Other two are non-limited models with one featuring an anthracite dial in 18 karat gold case and other in a modest palladium case with complementary white and silver dial. All three versions features a crown, chronograph pushes and lugs.

Official unveiling of the watch is scheduled for Baselworld 2014. The pictured non-limited edition red gold with anthracite dial has a price tag of $99,050. Pricing information and photos of the other two models are expected to be released at the Baselworld. 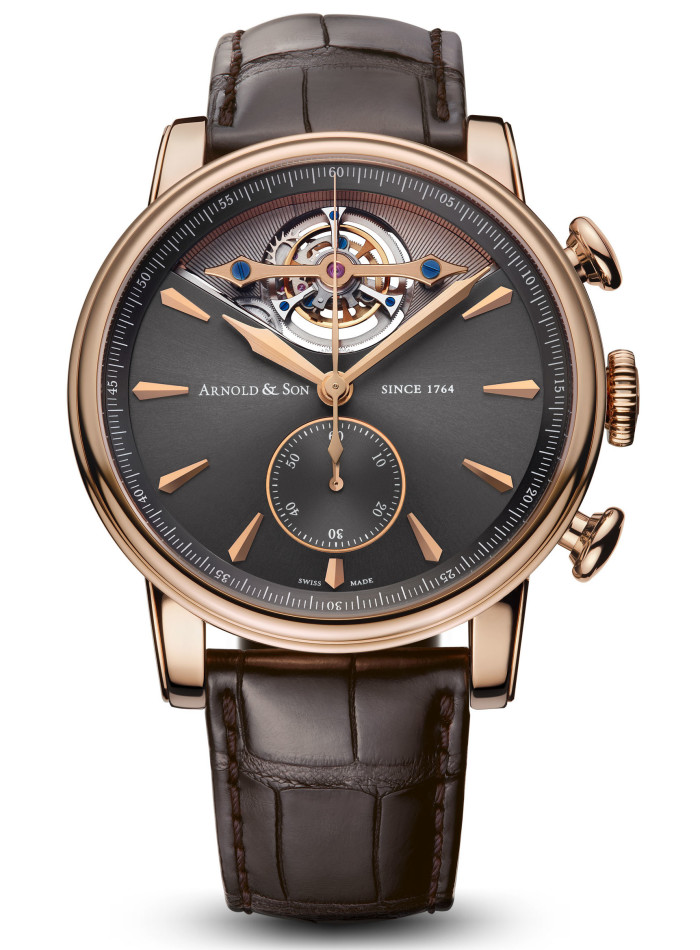