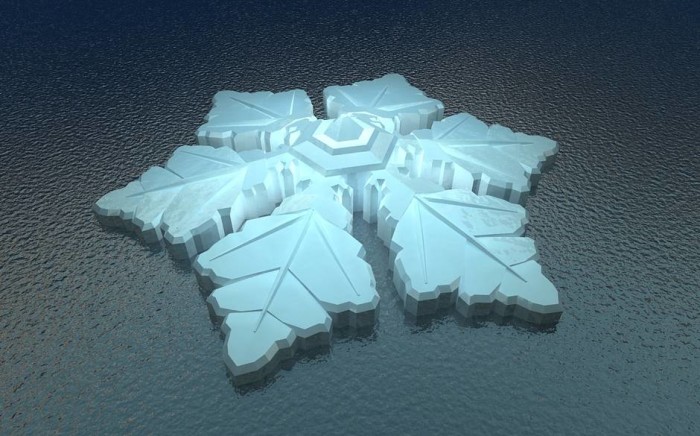 In almost two years’ time, if everything goes according to well-laid plans you can stop dreaming and start watching the Northern Lights in five star comfort in Norway. A glass-roofed, floating snowflake-shaped Krystall Hotel is scheduled to be opened in 2017. Tromso, a town in northern Norway is said to be one of the best places in the Arctic Circle to see the Northern Lights and this is where the Krystall Hotel will be hitched. Developer of the hotel, Dutch Docklands plans to position the 86-bedroom Krystall Hotel between inlets near Tromso.

Tethered to inlets with no support from a firm foundations, the structure could float and sway anywhere between six to 10 feet each side of its epicenter, however this shift will not be noticeable to guests. Getting permission from Norway for new developments in the Arctic region is no easy task, Krystall’s developers have shown they plan to build a “scarless development” with a removable glass structure that leave no damage or long-term visual impact to the area. 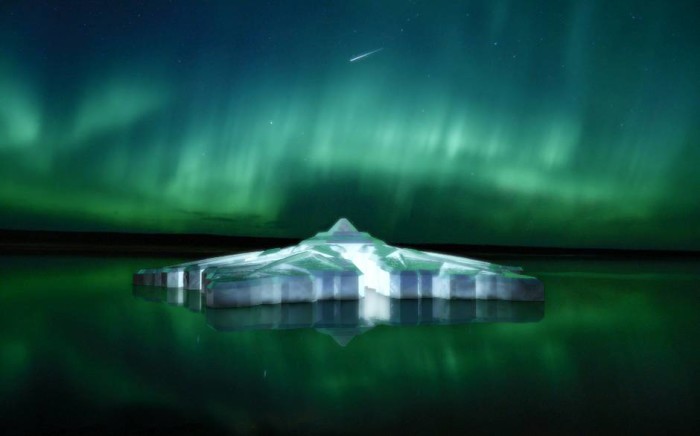 According to Dutch Dockland’s design partner in the project Waterstudio this hotel will cost “almost the same as a land-based hotel of this type, but with an additional 15 per cent increase to cover the cost of the floating foundation.” Even though not named publicly, there is a consortium of hospitality investors backing the construction of the five-star hotel that will also boast a spa and a wellness center. Construction of the Krystall Hotel is set to begin in mid-2015 and it will open in mid-2017. 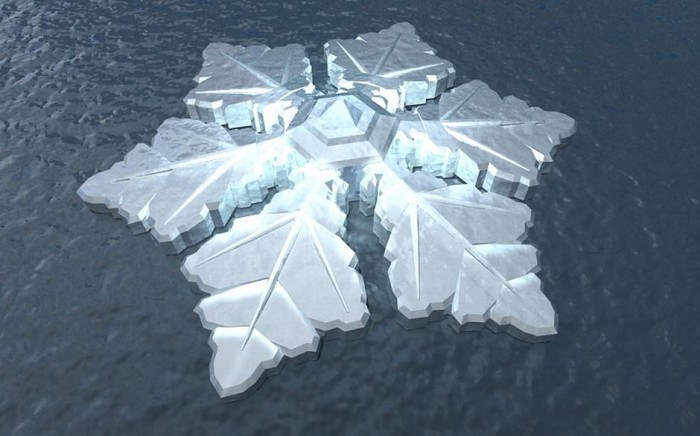