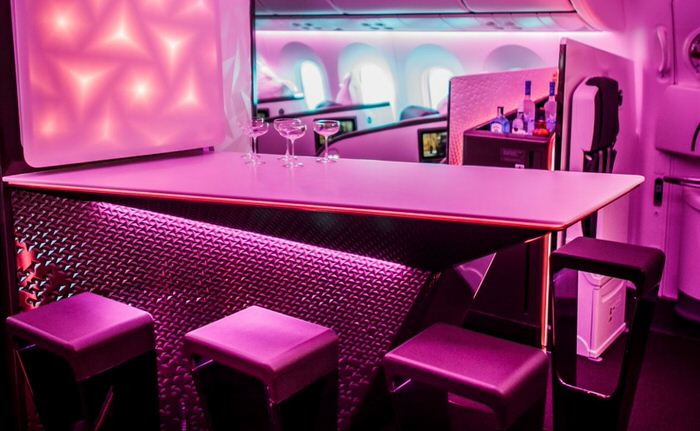 Sir Richard Branson and Virgin Atlantic love to add color to everything they do. One look at the interiors of their brand new Virgin Atlantic 787 Dreamliner fleet and you know it is a true statement. The Dreamliner itself come with excellent features such as large windows, domed ceilings, and improved cabin humidity. It is also primed for a quieter ride. Virgin Atlantic’s design manager Nik Lusardi who worked with Boeing and other manufacturers during its construction said “the manufacturers get really tired of us because we were always asking for special modifications.”

Those modification changes Lusardi asked manufacturers to implement include the built in neck pillow for each seat and improved seat cushion for extra padding. Passenger comfort means more leg room, especially in economy class, to this end one of the improvements came by way of redesigning the seat pocket. Lusardi and his team managed to squeeze in 1 ½ inches of more legroom by creating a softer, more expandable pocket. 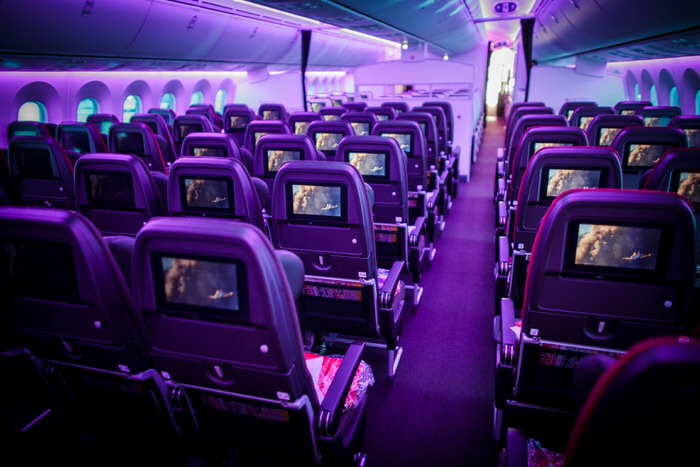 The interior lighting of the aircraft remind us more or less a discothèque with its lilac and orange glow color scheme. There are different colors of lighting for arrival, take-off, nighttime and worktime. This state of the art Dreamliner does not come with shades, instead it has a special window dimmer which helps body clocks tune into natural light, which might help you avoid jet lag. Other fancy facilities include wide yet thinner TC screens, posh finishes in rich dark browns and red tones, international Wi-Fi, USB ports in each seat and the inflight chat service InSeat Chat, from which you can message other passengers during the flight.

As always first class passengers gets best of everything. On this aircraft the Upper Class cabin come with a Virgin bar, which by the way has a mica covered textured Corian surface. If you are a Premium Economy traveler you too are in luck, as you can grab some snacks and drinks by the Wonder Wall, an area dedicated for socializing. 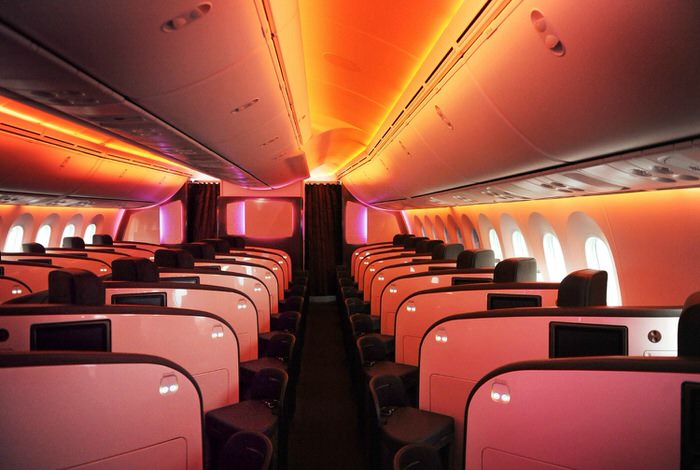 If your journey starts from Newark, Boston or Washington you are in luck, they already have flights to/from these airports. Those who take to the skies from JFK, the Virgin Atlantic 787 Dreamliner service is scheduled to start on March 26, 2015, so be patient for few more days. 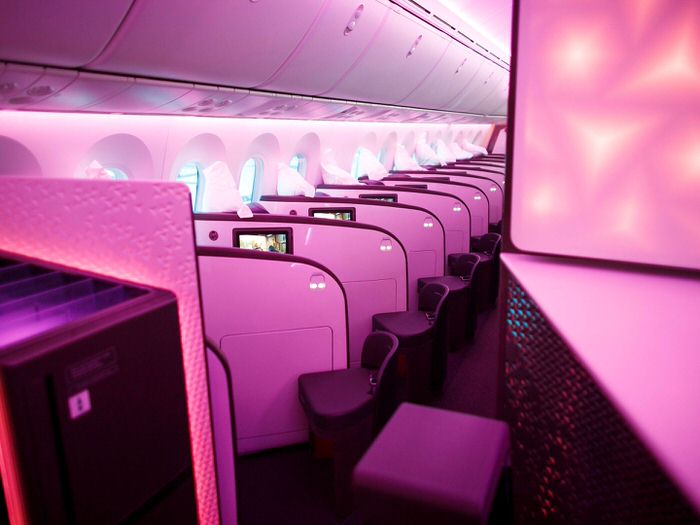 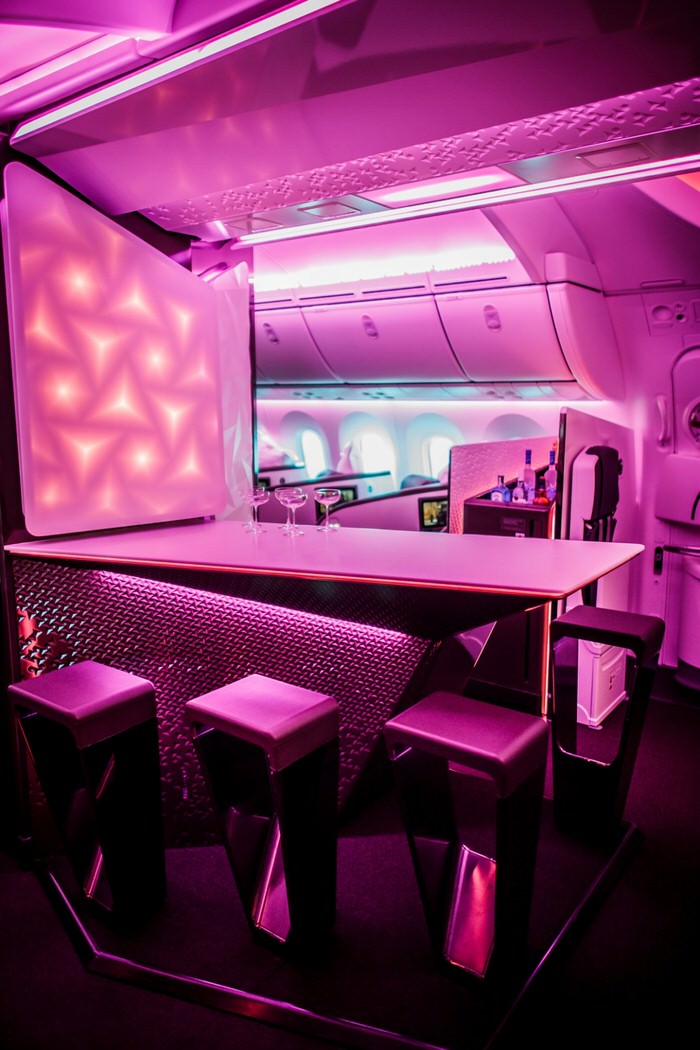