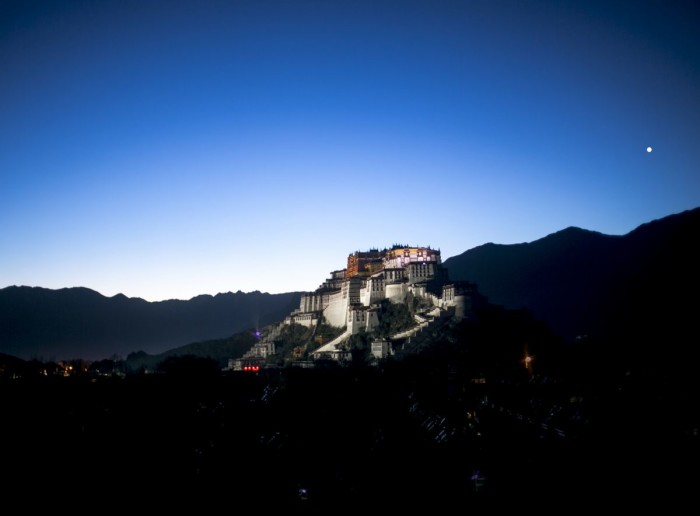 Opening their first hotel in the Tibetan capital Lhasa must feel like coming home to Shangri-La Hotels and Resorts. After all Shangri-La Group is named after the mythical utopia, Shangri-La, believed to be located somewhere in the Tibetan plateau in the Himalayas. The name itself was made famous by James Hilton in his 1933 novel Lost Horizon, a copy of which guests will find in every room.

Opened last Thursday, this is Lhasa’s largest five star hotel with 289 rooms of which 17 are spacious luxurious suites. And hotel’s conveniences include given its high altitude a 24-hour medical clinic and the Lhasa’s first “Oxygen Lounge”, where O2 concentrations are equivalent to those found at sea level, this help guests get adapt to life at 3650 meters.

Interiors of all rooms and suites feature traditional Tibetan décor such as bold colors and fabrics. Taking a center stage at the hotel reception is a 6.5 meter tall chandelier made of 61,000 crystal pieces, wrapped in a flowing red fabric to evoke a prayer wheel. 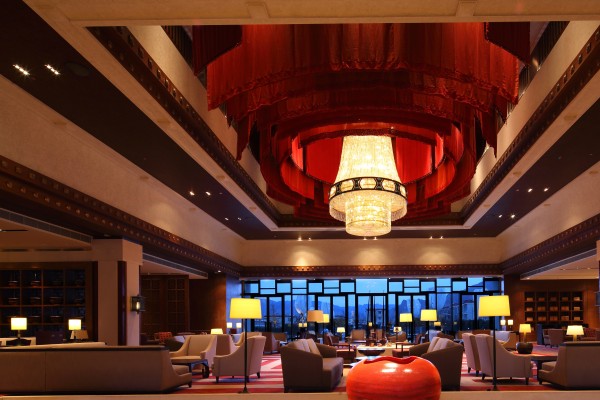 Arriving guests are welcomed with traditional Tibetan greetings. Firstly by presenting a white khada, a traditional ceremonial scarf that represents high respect, followed by an offering of chimar – a roasted barley flour and butter mix for a prosperous life and finally with a toast of Tibet’s finest, a special barley wine. Then guests are ushered to their rooms. When it’s time to depart, hotel staff will give a send off with traditional Tibetan song and dance.

“It is extremely important wherever we operate hotels that we embrace the local community and culture and our hotels reflect this authentically in both their design and offerings,” said Ester Marcaida, general manager of the Shangri-La Hotel, Lhasa.

The hotel is ideally located at the center of the city, close to ancient city’s culturally significant sites. Within walking distance are Buddhist sites, including the Potala Palace, Norbulingka Park, Jokhang Temple and Ramoche Temple. An ideal place to spend in solitude, Lhasa plateau is set on 3,650 meters above sea level surrounded by mountains, glaciers and desert-like landscape. 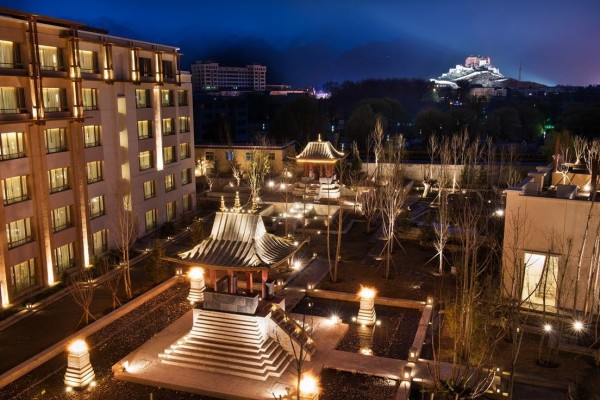 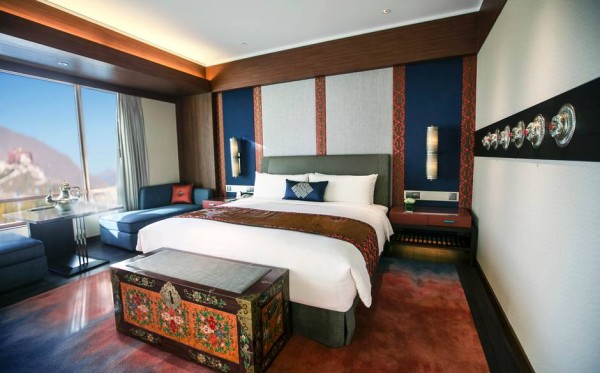 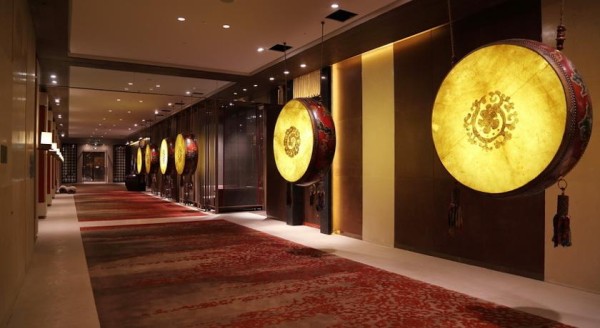 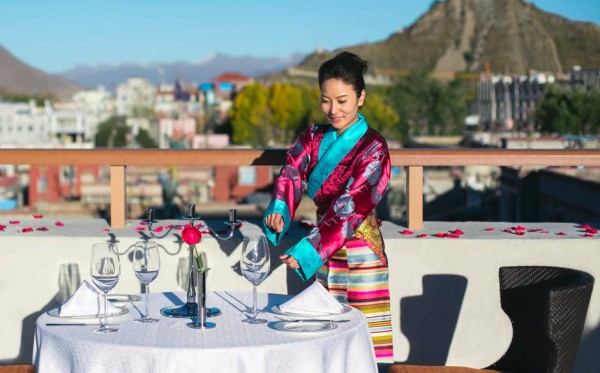