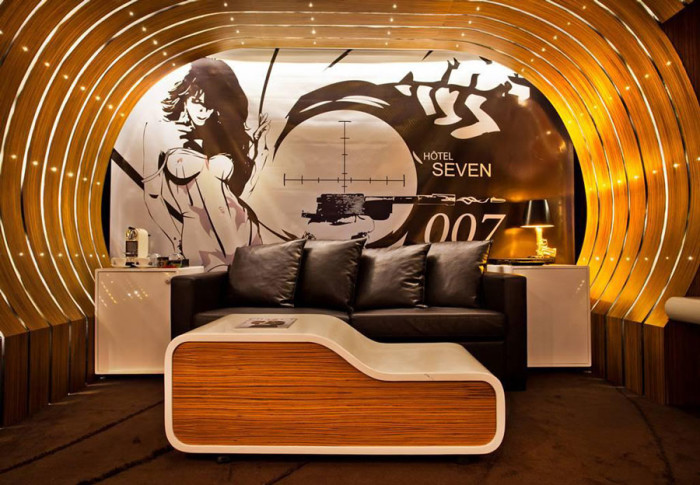 I doubt Ian Fleming envisioned a James Bond themed suite in Paris when he created his famous spy, but here we are with one. The Seven Hotel in Paris has created a suite full of James Bond props that you can enjoy by spending $625 a night – Aston Martin and Bond Girls not included.

Diehard fans of James Bond can indulge in watching the entire catalogue of films from the comfort of the bed on a 62 inch humongous screen. They can also relieve themselves in the golden toilet just like Bond did – imagine that! Other offerings include a lounge corner, a Turkish bath, a mini-bar, electronic safe and luxury bathrobes. To keep an eye on villains that are after you, suite also has an endless mirror above the bed just like Bond had. 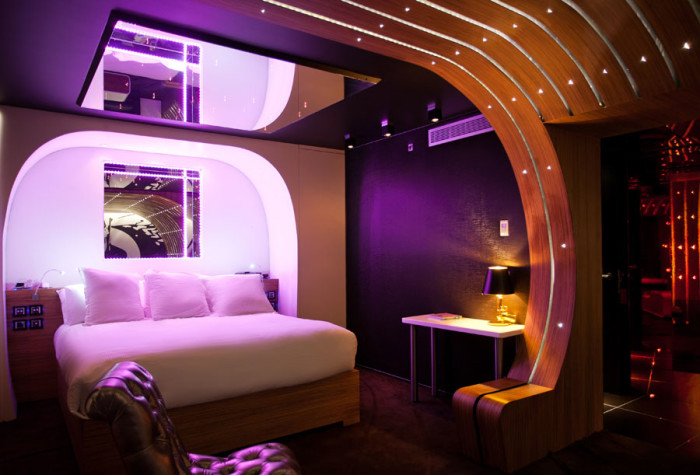 They even have golden gun lamps in the purple 007 suite of the British spy, but you can’t use them to shoot anyone. One of the coolest features is the tailored suit of Bond, this is all yours to slip into and feel like a real spy.

On their website Seven Hotel describe the suite like this “An exceptional decor in a mythical atmosphere, a blend of vintage chic and futuristic design. The 007 suite will take you on a crazy chase in the famous British spy’s footsteps.”

In addition to James Bond, hotel also has luxurious ‘Alice in Wonderland’ and ‘Marie Antoinette’-themed suites. So far, the response to James Bond suite is nothing short of amazing as tourists and locals alike flock to spend time in a suite named for their favorite British Spy. 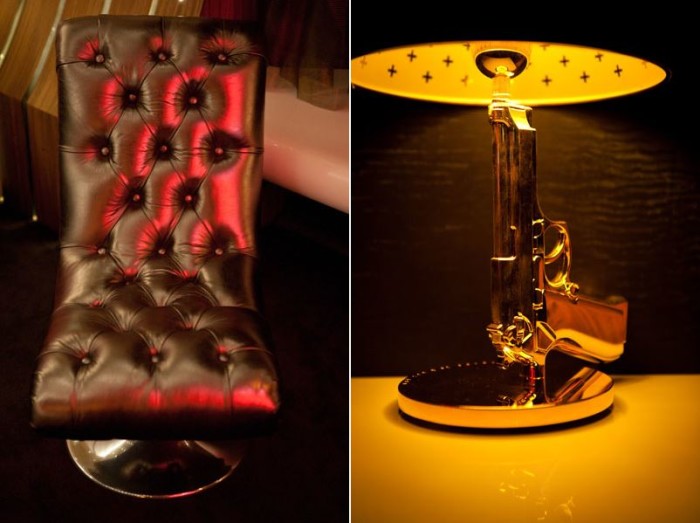 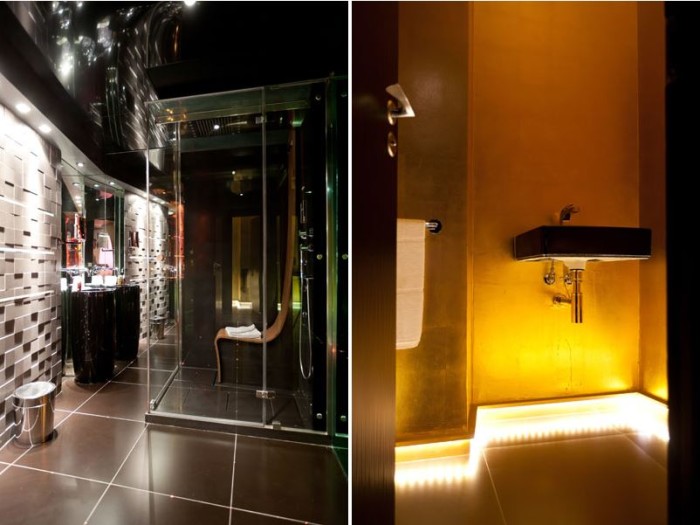 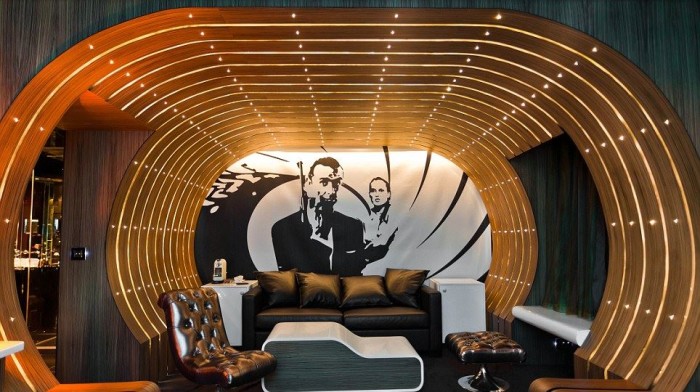 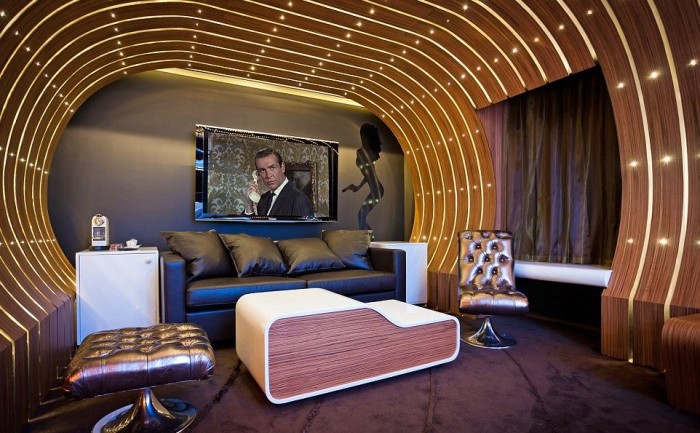