A Royal Navy search-and-rescue helicopter has been reincarnated and brought back to life as the fly-est holiday home ever! Stirling farmer Martyn Steedman and his wife Louise bought a Sea King helicopter for £7,000 at a Ministry of Defence auction in March this year and have turned it into a quirky lux camping pod they named Helicopter Glamping.

The couple had the creative stroke of genius after following the Sea Kings’ final fly over Stirling earlier this year to mark the end of over 22 years of service for the fleet. After buying it they spent about £40,000 restoring the exteriors and retaining its original interior features like the dashboard, pedals, roof panel switches and more so that the guests can experience the helicopter as it once was and pretend they are on a mission!

The 17m (56ft) flying machine is now a holiday home for a party of 6 with a double, a triple bed as well as a single bed in the tail complete with a mini kitchen and shower room which was formerly the sonar station that has now been donated to the to The Helicopter Museum in Weston-super-Mare. 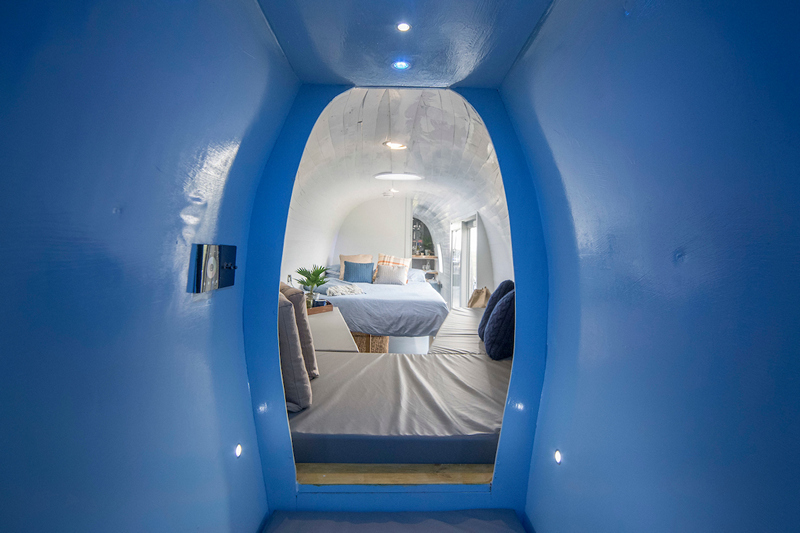 The ZA127 aircraft was driven 320 miles to Mains Farm Wigwams, Thornhill before a crane lifted it into position at the couple’s campsite where they restored it to its newfound glory. The curved walls have been insulated, wood paneled and painted which gives the inside the look of an upturned hull of a boat with its original sliding doors. Walk through double-glazed patio doors out to the deck area to gaze at the stars or enjoy panoramic views of the Stirling countryside from the cockpit that has been refitted with swivel seats and a unique table made from an old fuel tank cover making this the only camping pod of its kind. 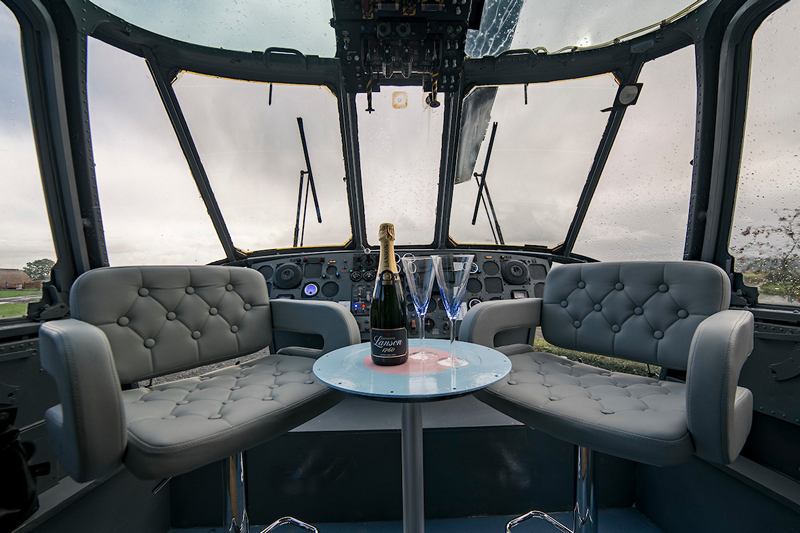 “We put all the original lights back on – it’s got the spotlights at the front and the flashing lights in the tail and at night it really looks like it’s just landed,” said Martyn beaming with pride. The innovative house is also the ultimate dream for the couple’s two sons who are inclined to flying over farming and almost thought that their father was joking when he broke the news of buying a Royal Navy helicopter. 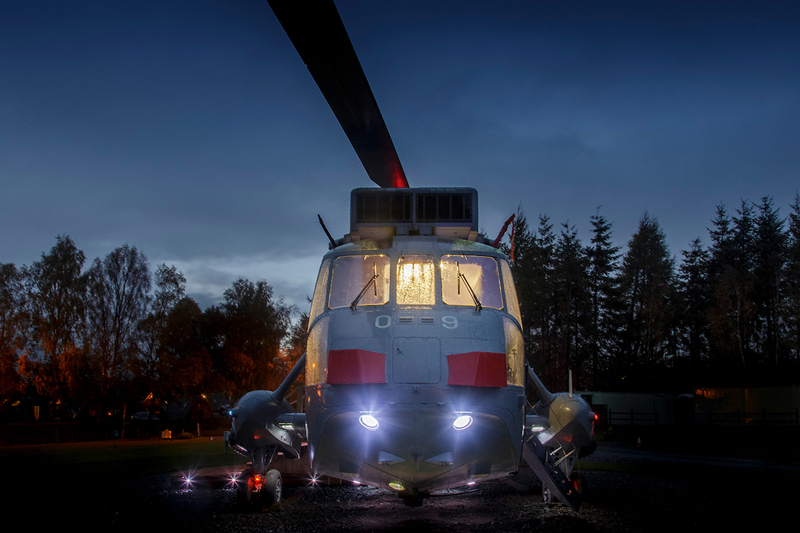 The accommodation is now open for guests with rates starting from £150 per night for couples. The Steedmans show us that sky and imagination have no limits with their extraordinary Helicopter Glamping house which is the perfect place to have a one of a kind starry adventure.