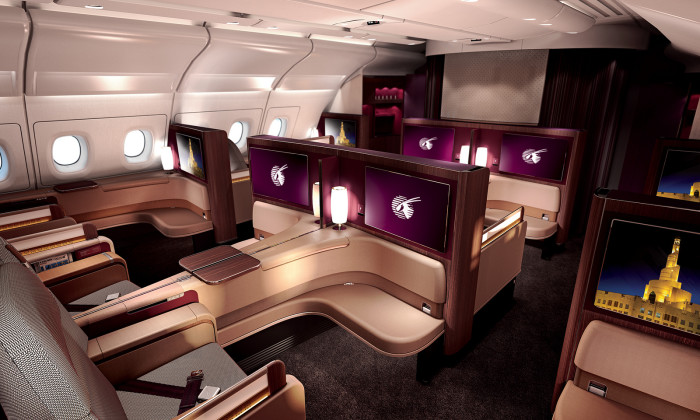 For Qatar Airways, London is the most important route of them all. Past few months have seen major improvements and additions to the route such as the introduction of all business class flight. During the ITB Trade Fair in Berlin last Wednesday, the airline unveiled their latest addition to the route – the customized first class cabin interiors of the new A380s that will enter service in July.

Qatar Airways is in line to receive their thirteen A380 jumbo jets from Airbus in June. The A380, touted as the widest and largest in the air once the aircraft is launched, will feature first class seats with 90-inch seat pitch that converts to fully-flat beds. The IFE screens at 26-inch wide will be largest on offer.

The best feature of the first class cabin tag belong to the exclusive lounge that allows for a “dining for two” option on board. Air turbulence permitting, passengers can have a real dining experience 30,000 feet high while sitting opposite to one another, even a romantic dinner sans candles. 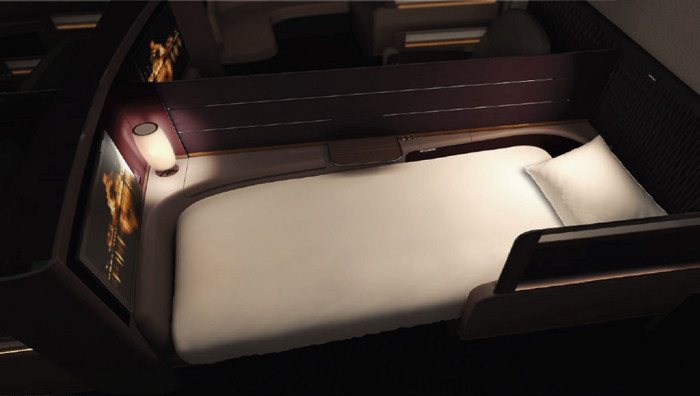 CEO Akbar Al Baker explained the concept behind the new first class cabin saying they wanted to offer something different to their competition. He also said they rejected the idea of having suites with “sliding doors”, as privacy is hardly an issue for a cabin with just eight seats.

The Airbus will operate on QR1 and QR2 to and from London and Doha, replacing an A340-500. The airline has 13 A380-800s on order and will fit them out in a three-class configuration of first, business and economy over two decks. In addition to the 13 A380s the airline currently has on order, Qatar Airways is also set this year to welcome the first of 80 A350 aircraft as Airbus’ launch customer. 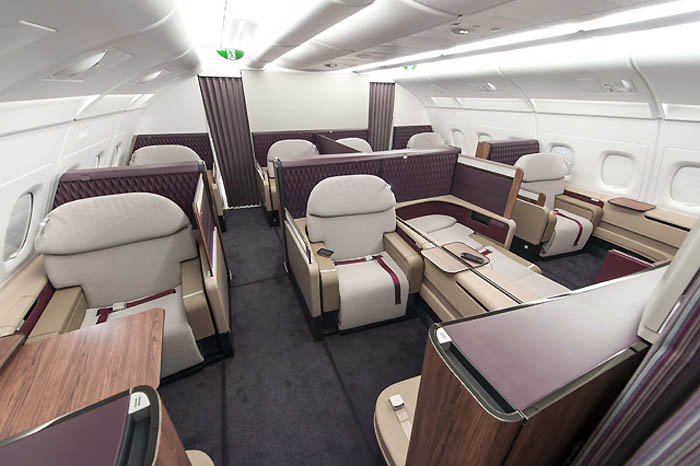