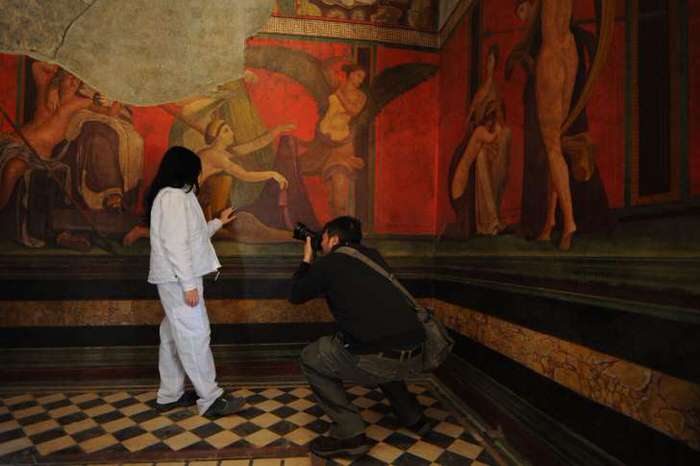 Travel enthusiasts with a soft spot for ancient Roman history can add another ruin-filled villa to their list of places to visit. The great ancient city of Pompeii’s fresco-adorned Villa of Mysteries or Villa dei Misteri is reopened to the public last Friday after extensive renovations and restorations that took two years to complete. A UNESCO World Heritage Site, it has been neglected due to mismanagement for so long that UNESCO at one point warned Italy the site is at risk of being struck off its heritage list.

The Villa of Mysteries is one of the handfuls of homes to survive the eruption of Mount Vesuvius in 79 AD. Its world famous murals as well as a series of fine dining and party rooms, and a wine-press survived with minimum damage even though they were buried under layers upon layers of ash. Everything in the house indicated to it having had a wealthy owner. Also on display are plaster of Paris casts of bodies discovered under the volcanic debris. 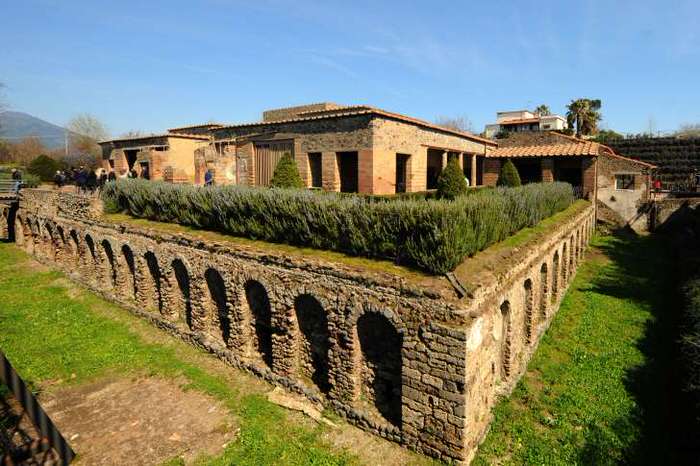 Most of the recent damage in addition to neglect caused by wax used to cover and preserve frescoes in the 1930’s. The restoration work started in May 2013 and carried out in sections to allow part of the villa to stay open for visitors. However, they closed the site entirely for three months prior to Friday’s opening to allow uninterrupted repairs to its mosaic floor.

There are several different interpretations of the murals. But most believe the frescoes at the Villa of Mysteries depict an initiation into the secret sect of Dionysus, the God of wine. On your next Roman holiday make sure to stop by at the Villa, located on the outskirts of Naples and separated from it by a road with a necropolis and city walls.