The Mandarin Oriental Hyde Park, Central London is a five-star hotel with the starting price of £600 per night that rises to the thousands. With price-tags such as these, the guests at the Mandarin Oriental Hyde Park, London consists of the elite of the elite upper class and of course the super-luxuriously rich. So as the concierge to this infamously rich, it will come as no surprise to you that Mr. Bowen ends up dealing with somewhat bizarre (to say the least) house-keeping requests from his guests on a daily basis.

The wander-lust involved in Bowen’s job is such that Channel 4 has commissioned a documentary called ‘A Very British Hotel’ based on Bowen’s daily work day. The documentary features Bowen and around 400 other staff members of his at the Mandarin Oriental Hyde Park frantically running around to cater to their guests’ every whim and fancy irrespective of how quizzical they may be. 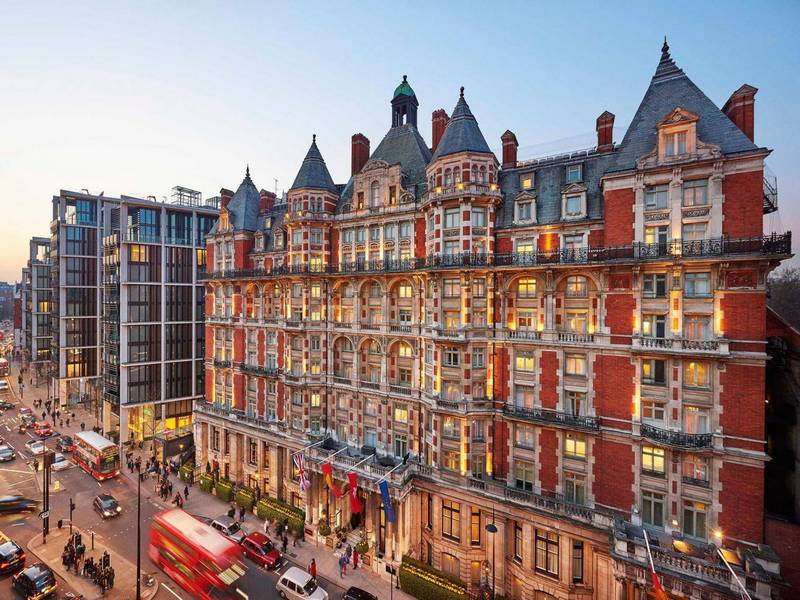 Once a guest at the hotel had wanted to romantically surprise his partner, the surprise was to replenish a vial of his partner’s exotic perfume. An easy to fulfill request for the concierge you may think, but what if the vial had no label markings and the guest couldn’t remember from where he had purchased it: from Jeddah, Doha or Dubai…? These are the moments where Bowen’s and the hotel’s imagination have to take over. The team sent the empty vial to a specialist perfumer in France who recreated the perfume based on its base notes since it had been impossible to identify the original source of it. This process of recreating the perfume from scratch had taken a month, but luckily for the hotel and these two guests who were regular guests there, the final arrival of the perfume came as an extremely pleasant surprise. Some other ‘très bizarre’ guest requests from Bowen over the years at the Mandarin   have   included,  an   elephant   at   a   bridal   ceremony (unfortunately made improbable because only small animals are allowed on the hotel grounds, something that had to do with red-tape -the only thing that stops Bowen and his team mind you), breast milk forgotten in Boston that needed to be shipped to London, both unloading a lorry of 200 pieces of luggage and blacking out a £7,000 per night suite for a princess.

Much to our (and I’m sure to our inquisitive readers’) disappointment, given the A-list quality of the guests that stay at the Mandarin Oriental Hyde Park, Bowen maintains his professionalism by not spilling the beans on who ordered what. Given his 17 years of experience in the hospitality industry, it might be silly of us to expect anything less when it comes to customer privacy and service when it comes to a ‘very British’ gentlemanlike Bowen…