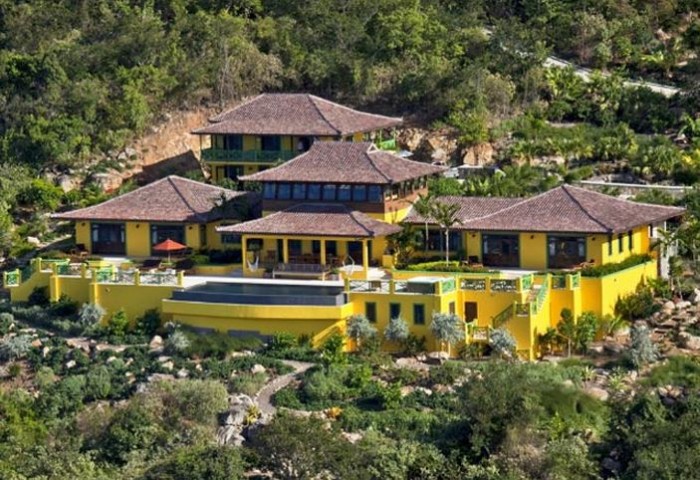 According to folklore in British Virgin Islands, Christopher Columbus named its largest island “Tortola,” meaning “Land of the Turtle Dove” in Spanish. We have no idea how true that story is, because we are a bit late in finding Columbus to get a validation on that story. However, we can confirm Columbus found a bit of paradise in the Atlantic when he landed in Tortola – folks running the bright yellow-washed Golden Pavilion Villa will surely agree with that assessment.

The 5,000 square foot Balinese-style luxury villa sits on four gated acres of land on the east end of Tortola. The Golden Pavilion Villa consists of a main house, which has four bedrooms and 4.5 baths, and a Guest Cottage that has its own kitchen, bedroom as well as a bathroom. As for the views and beach – they promise to serve stunning views of the ocean everyday as long as the skies are clear. To show off your bikini bod, you can strut for 7 straight minutes from the villa to the Little Bay Beach to sun, tan and frolic on the white sandy beach. 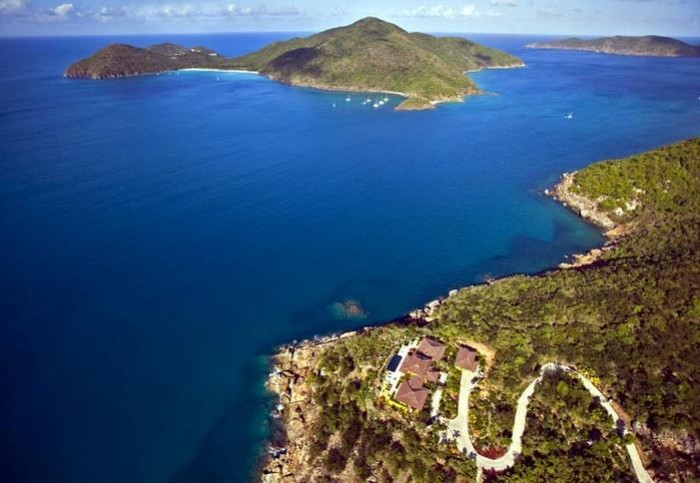 The interior decorations are distinctly British while exteriors including all open and public areas are Balinese influenced. The gardens can be seen with Buddha statues, sculptures and other Asian influenced art. If you are an outdoorsy person there is plenty to enjoy such as birds, turtles, rays as well as stone retreats and mature plantings that surround the villa. They also boating services to explorer the ocean.

There are plenty of modern amenities on offer. Villa bedrooms are elegantly appointed with four-poster beds, beautiful fabrics and heavy black draperies. Master bath come with a Jacuzzi and an outdoor shower with dual heads. Other bedrooms including the guest cottage are decorated with bright colors of aqua blue, coral, moss and sky. There is a 32” flat screen TV with DVD in master and every room is equipped with digital safes. All bathrooms are stocked with L’Occitane bath products.

Rates are divided into four classes depending on the season. For summer law season it is $16,000 per week plus additional $1,500 for the cottage. During high/winter season (now) it is $22,000 per week with extra $2,000 for cottage. For more information email info@goldenpavilionvilla.com or call Matt at 284 541 0185. 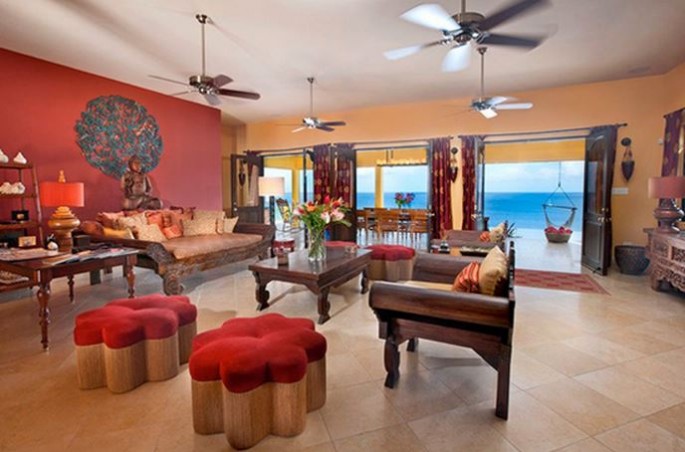 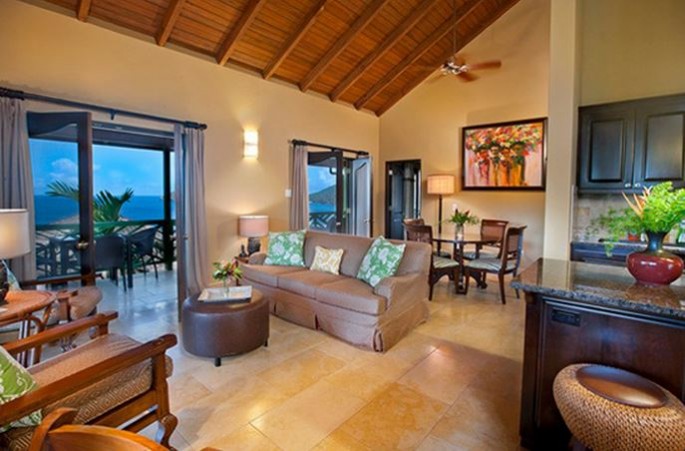 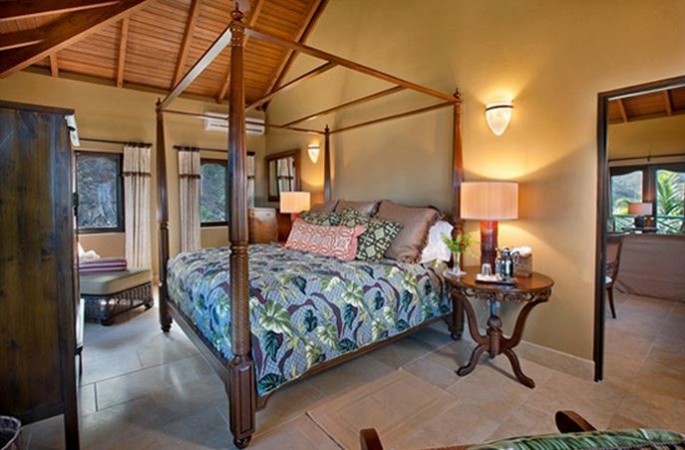 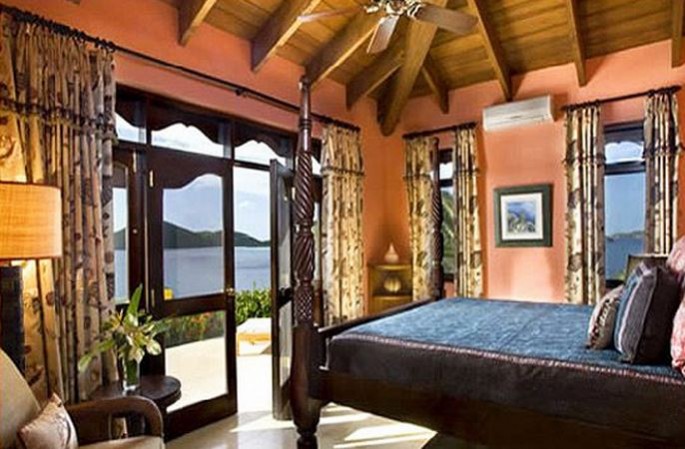 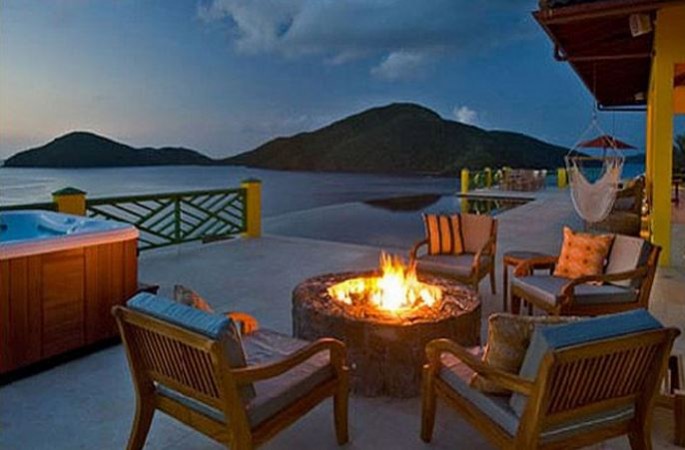 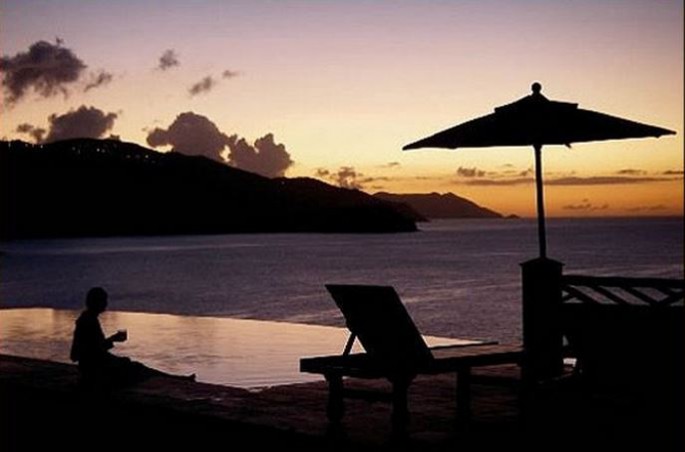 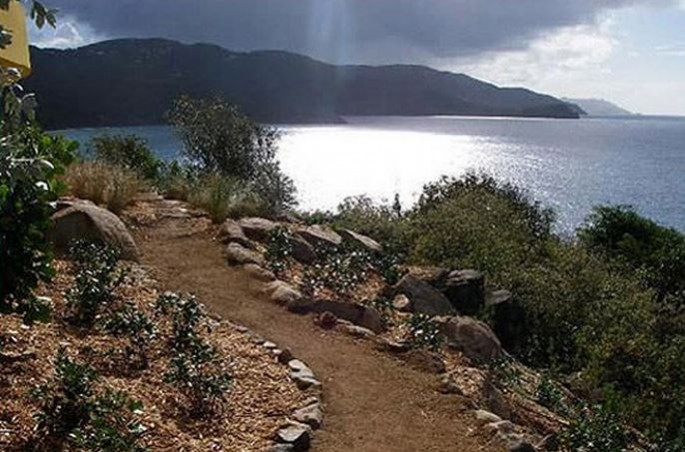 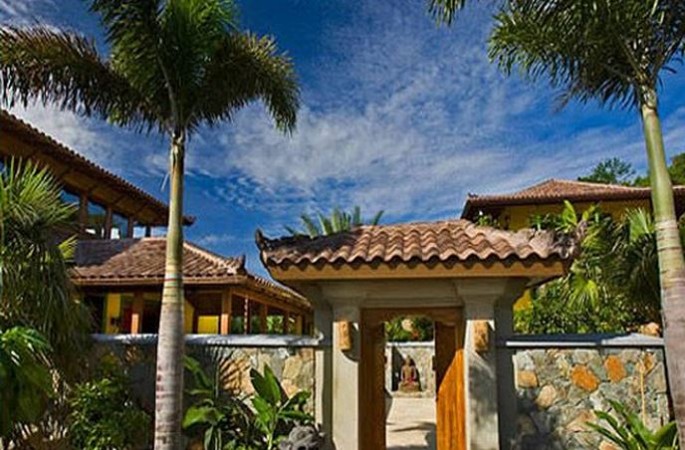 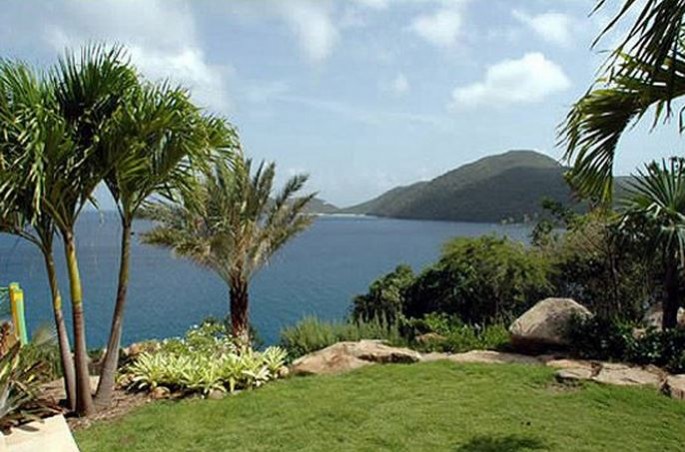