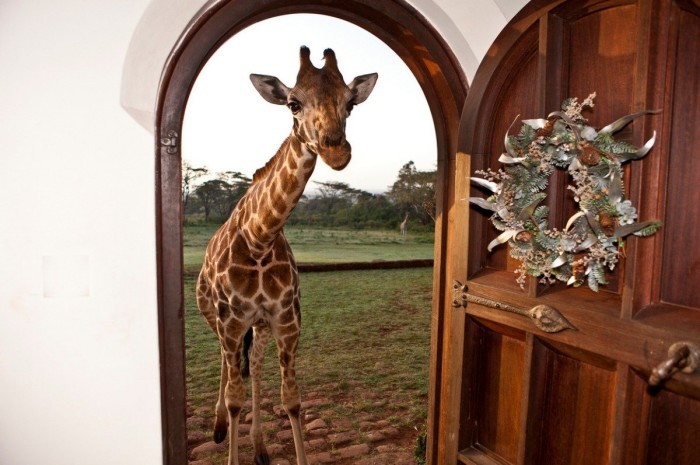 All safaris are not created equal. It’s a good thing they are not, otherwise you wouldn’t have experienced the Giraffe Manor in Nairobi, Kenya. Giraffe Manor is set in 12 acres of private land within the indigenous forest in the Langata suburb. Built in 1930’s it is described as “reminiscent of the early days of Europeans in East Africa.” However, manor’s appeal is not limited to its magnificent façade, graceful interiors or even to its green gardens. Big part of it belong to the beautiful creatures living in the property, the herd of Rothschild giraffe.

The endangered Rothschild giraffes roam the property and visits the manor in the mornings and evenings. During their visits they love to “poke their long necks into the windows in the hope of a treat” before withdrawing for the day to their 140-acre sanctuary. Giraffes here are so used to human contact, they just casually pop in from the windows and grab a bite from guest’s plate. You as the guest is encouraged to pet them, they love being the center of attention. 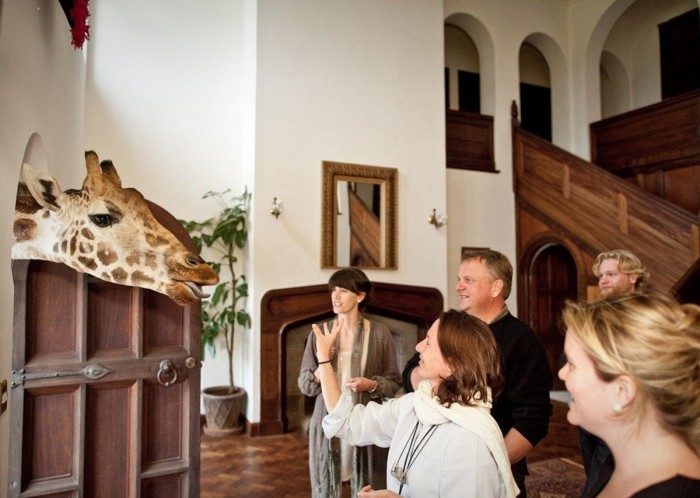 The 140-acre sanctuary is run by African Fund for Endangered Wildlife’s (AFEW) Giraffe Centre. Giraffe Manor is one of few hotels in the world that allows guests to feed giraffe’s from windows. Beautiful manor and three other safari related properties are managed by The Safari Collection. Other places to explore in the area include the Sheldrick Wildlife Trust, where guests can meet, feed and even adopt baby elephants and the Karen Blixen Museum dedicated to “Out of Africa” author.  Also nearby is Kazuri Beads store and the Matbronze Art Gallery.

Rates starts at $505 per person and include meals, most drinks, wifi connection and transport. The Giraffe Manor has 10 rooms including the Karen Blixen suite that opens directly onto a courtyard. 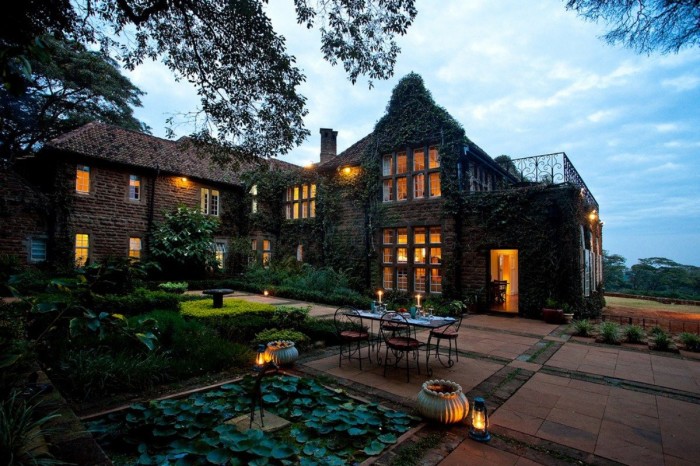 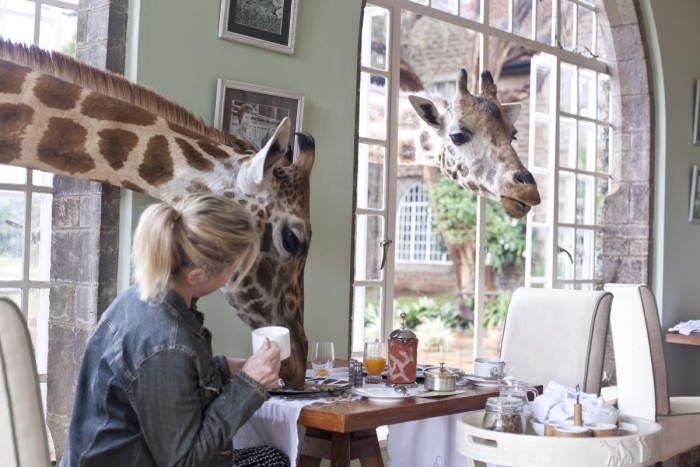 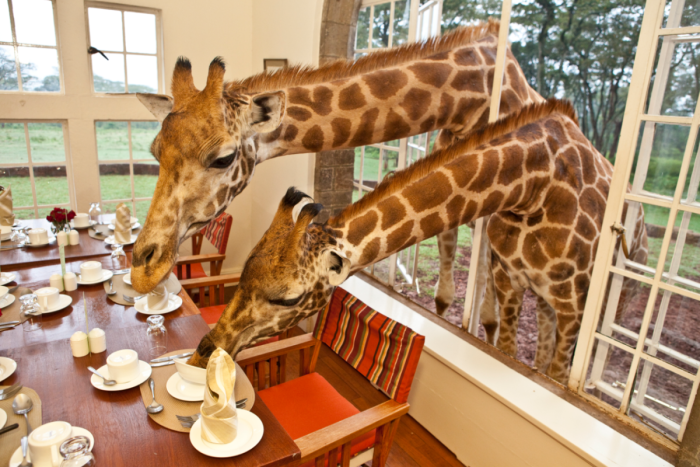 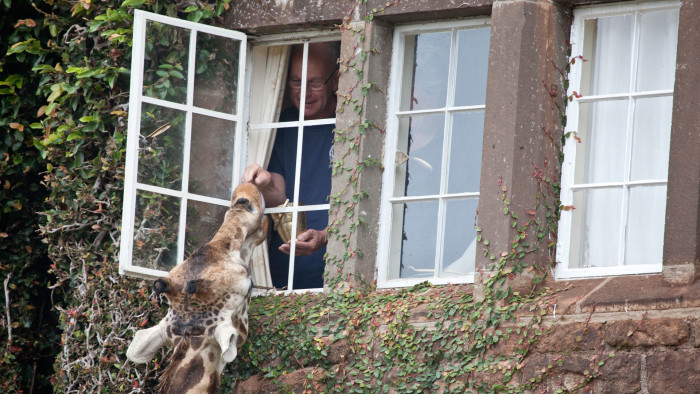 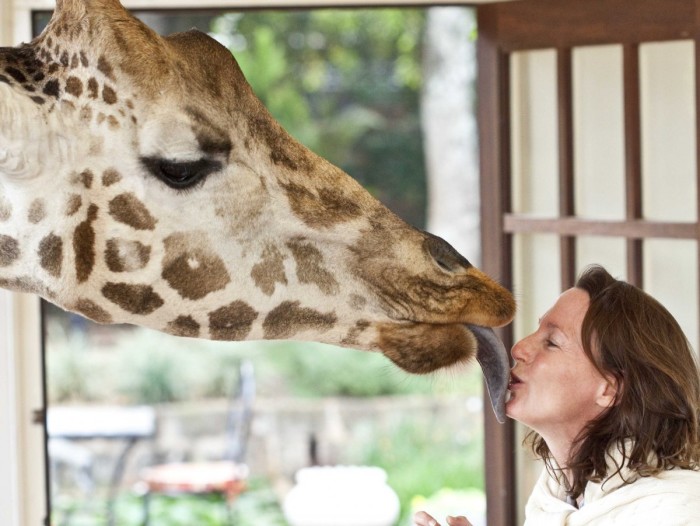 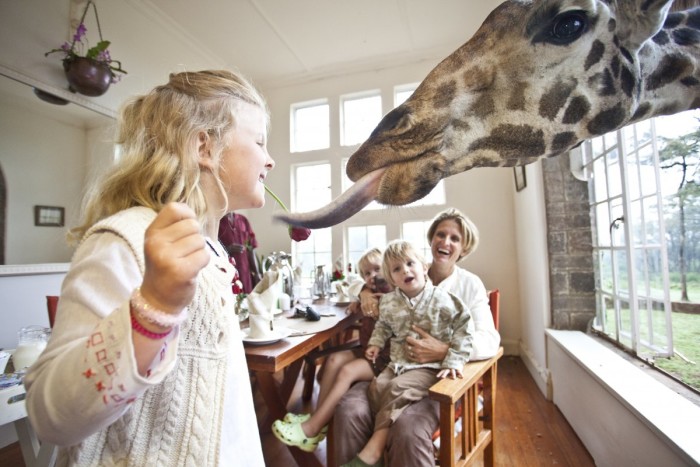 They’ll just hang around, they are social 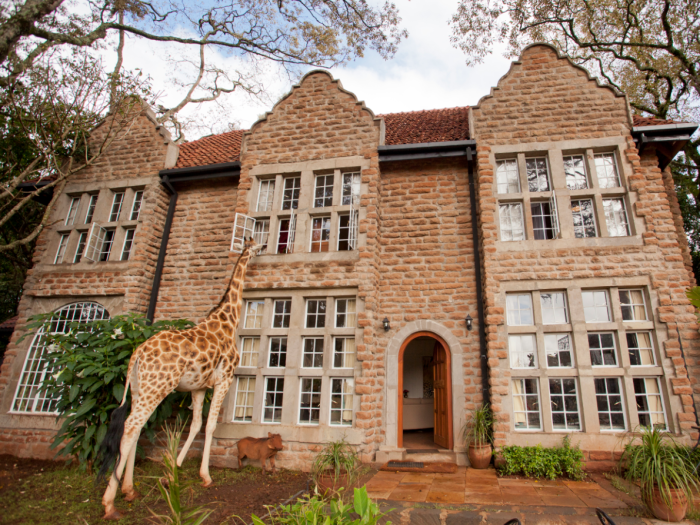 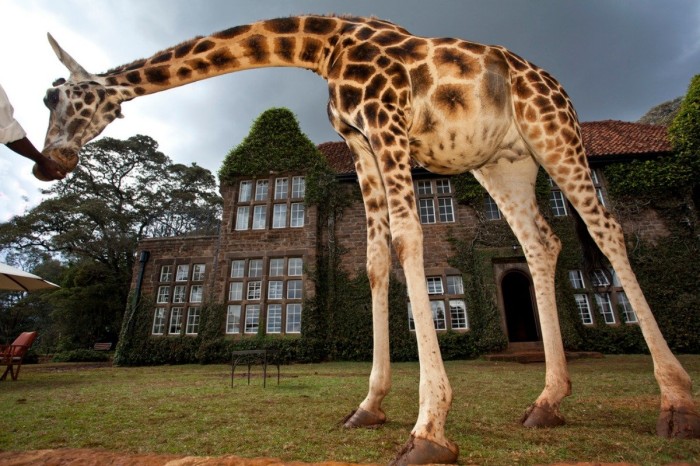 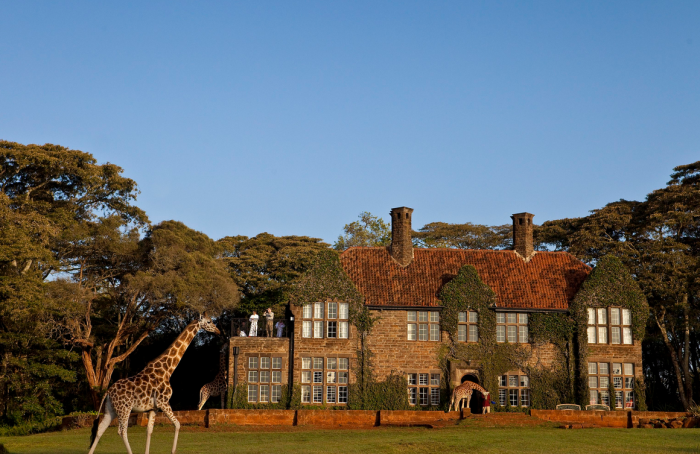 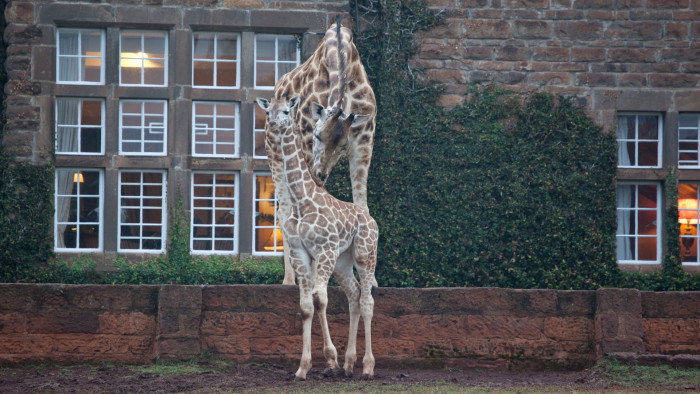 Dine-in or dine-out, with or without the company of Rothschilds 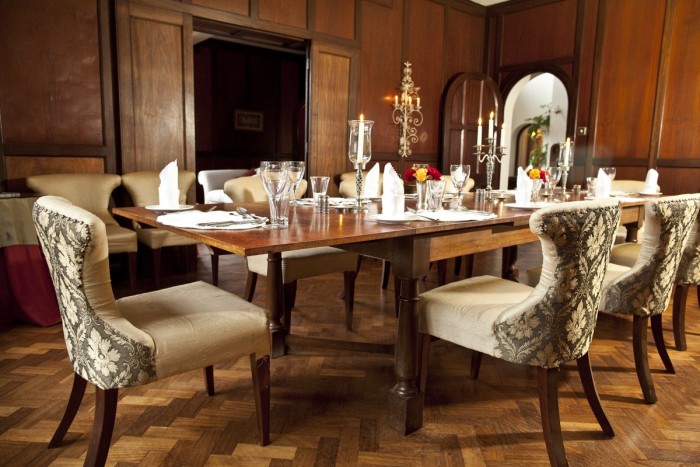 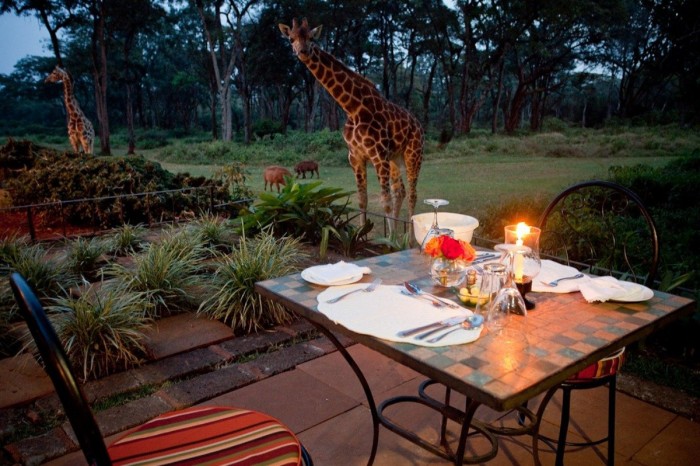 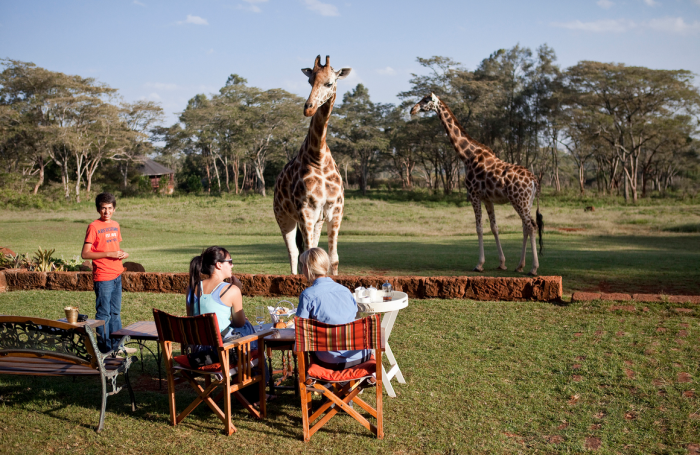 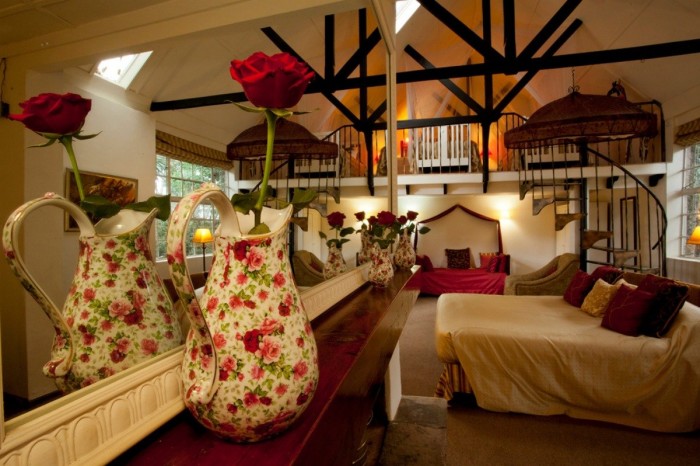 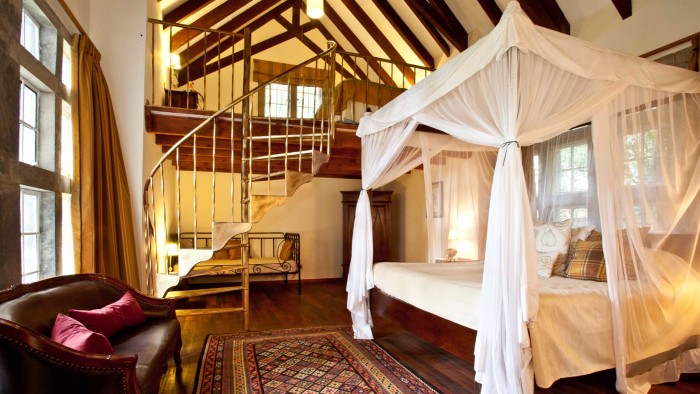 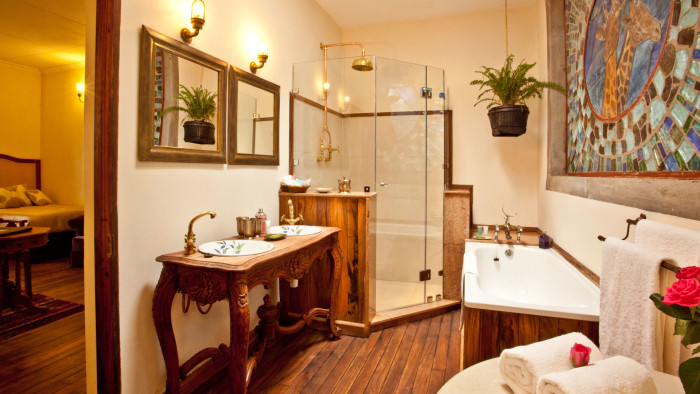