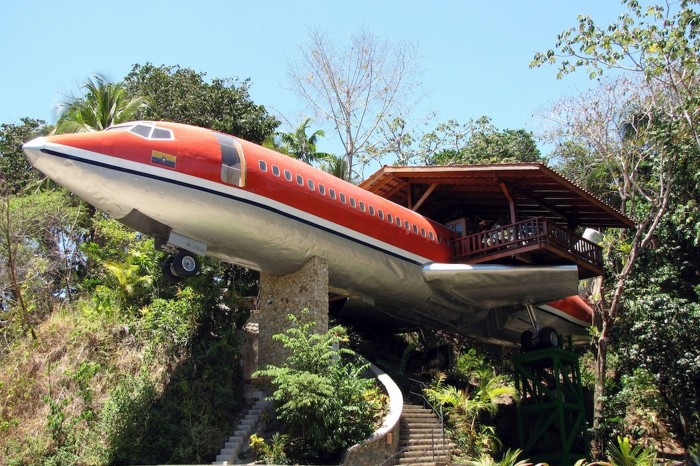 A Boeing 727 built in 1965 has been converted into a luxury suite in Colombia. The aircraft used to carry passengers to all parts of the world as part of the fleet of Colombia’s Avianca Airlines. Instead of condemning the old jumbo to the scrap yard, Costa Verde resort decided to rescue it and make it part of their resort located on the edge of the Manuel Antonia National Park, Costa Rica.

If you are interested in spending few nights in it don’t expect affordable room rates, because its charges are equal to any luxury hotel in the world at £300 (about $500) per night. You can also book it for a full week by paying £2,100 ($3,400). The Boeing suite has two bedrooms, two bathrooms, a kitchen, dining room and a terrace with scenic views of the sea. Just like modern aircrafts, this almost 50-year old Boeing suite comes fitted with flat-screen TV’s. There is also a hand-crafted observation deck built on one of the wings. Both the airplane windows and the observation deck offer guests great views of the ocean and the surrounding jungle. 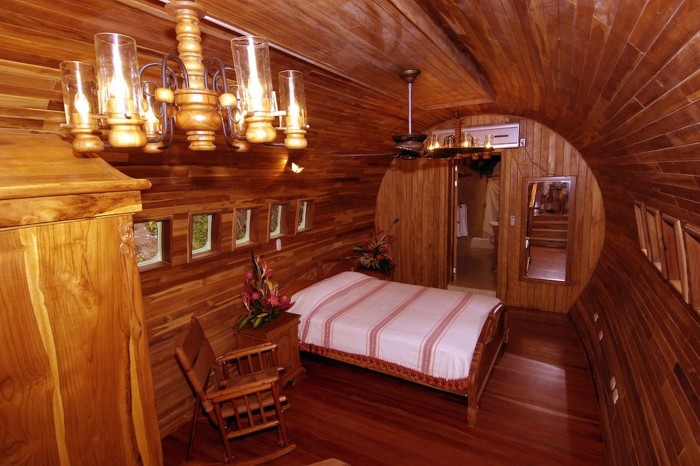 To construct the suite in the jungle, airplane was cut into five pieces and transported by trucks from the San Jose International Airport. It is perched atop a custom built concrete platform 15m from the ground. Interiors of the plane from the cockpit to the tail is furnished with hand-carved teak paneling, all harvested locally in Costa Rica. 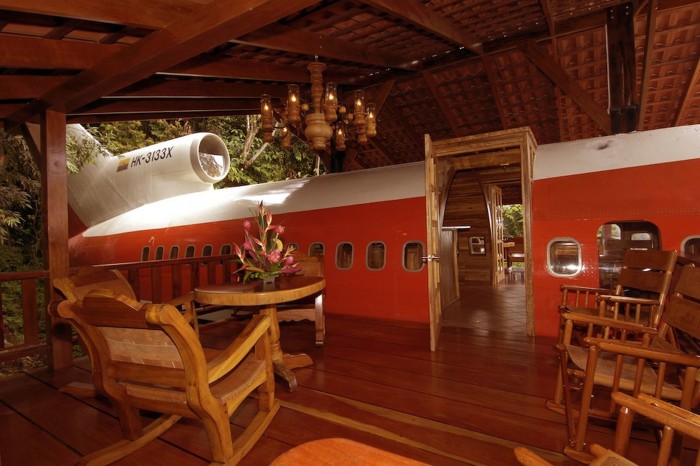 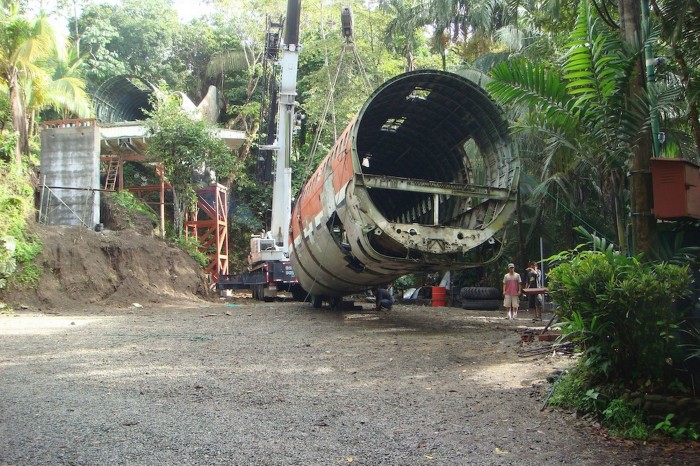 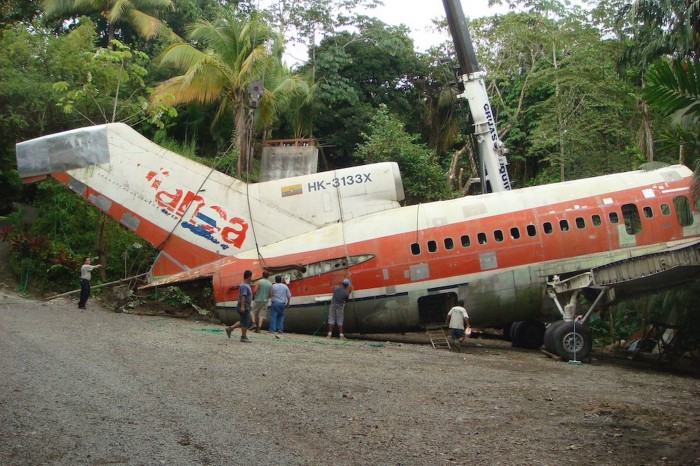