If you want more leg room and a large comfortable seat, flying economy class is no help. Especially if you fly regularly for business, it is better to stay as far away as possible from economy just to avoid stress. ANA flights from Heathrow to Narita offers exceptional business class service that includes seats with 19.4” width that reclines to fully flat bed with 25.3” width. Here is a detailed look at ANA business class travel from Heathrow departure to Narita arrival by courtesy of John O’Ceallaigh, Travel Correspondent at The Telegraph UK.

Pre-departure: ANA flights depart from Terminal 3 at Heathrow. Upon arrival even if the business class desk is unmanned, check-in through economy-class counters are seamless. ANA business-class passengers have access to Terminal 3’s No.1 Traveller Lounge with a purchase of £30-£35 ticket. Guests receive one complimentary hot dish and can help themselves to unlimited quantities of pastries, cold snacks, soft drinks, and wines. As a note – some alcoholic drinks are charged. The lounge is pleasant and service is helpful, attentive and friendly. 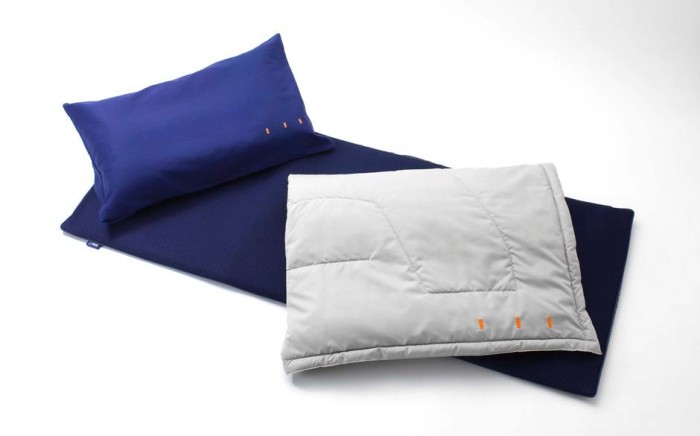 On board: This particular aircraft the Telegraph travel correspondent flew was a Boeing 777-300ER. It offered 1-2-1 seating configuration with each passenger having access to aisle and lots of privacy in business class. Seat width is 19.4’’ (49.3cm) and seats recline to a length of 74.5’’ (189.2cm) to become fully flat (the bed width is 25.3’’/64.3cm).  At the recommendation of Japan Sleep Science Research Institute, the airlines have recently introduced new bedding. Amenities included L’Occitane toiletries and an interesting selection of discreetly packaged Japanese products, including face masks and cotton tabs that can be crushed to release aromas that are supposedly conducive to relaxation or refreshment. 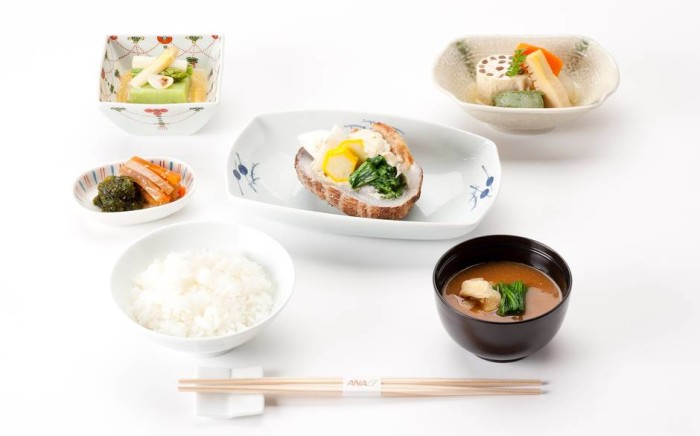 Food: In September ANA launched The Connoisseurs, an initiative that sees passengers enjoy menus developed by internationally renowned chefs and ANA’s own catering team. According to John O’Ceallaigh, ANA offers one of the best dining experiences ever. Passengers have a choice of a Japanese or international menu. John chose to go with a Japanese menu, he was presented with a series of light specialties, flawlessly presented on traditional Japanese tableware. Distinctive starters such as simmered Chestnut in sweet soy sauce were followed by daikon white radish and carrot in a soy-based sauce with sesame. Meals can be complemented with an available selection of sake, champagnes, and wines. Pastries, cakes and fresh fruit were served separately on a dessert trolley, and passengers could order additional snacks, including excellent ramen, at any point during the flight. 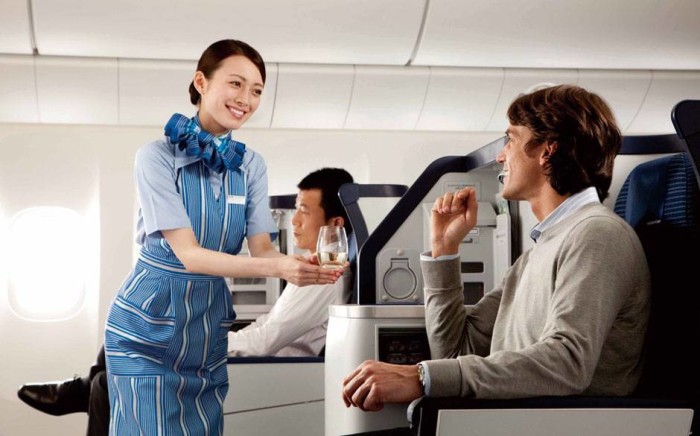 Service: As with most Asian and especially airlines from Japan, ANA provides exceptional service. The friendly staff was eager to please and interested in feedback from passengers. Upon learning this was John’s first flight with ANA, a crew member wished him farewell on departure with a handwritten note saying she hoped he’d enjoyed the experience, complete with stickered stars and hearts, and an origami crane. A very nice touch that pleased him to no end.

Entertainment: John says in-flight entertainment mainly cater to Japanese-speaking passengers. Only a limited no of English language shows, such as The Big Bang Theory (direct translation -“about 2 shy, ugly guys”) and a small selection of recent Hollywood films were available. He recommends taking your own tablet or book for entertainment. An iPod connector and USB port are available though. Entertainment is an area that needs considerable improvement at ANA. 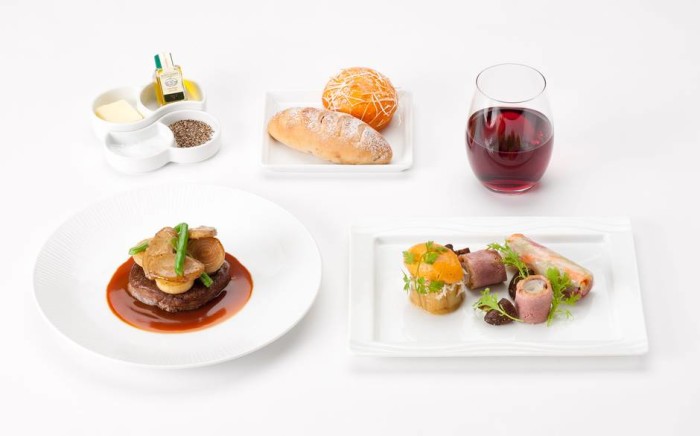