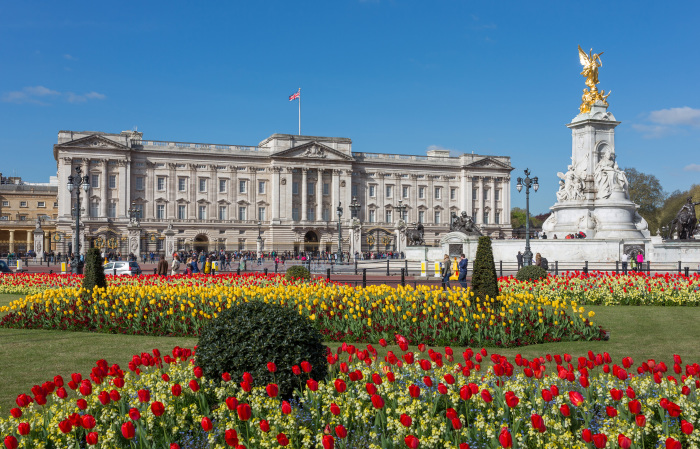 Where rich and famous live is something that always intrigue us. What’s also interesting is to know the values of their luxury residences. This may or may not surprise you, but none of these residences belong to Hollywood stars. These palace like residences are beyond their million-dollar pay scale.

You have to be at least a minor billionaire to own one of these residences. The top ten list compiled by CompareCamp.com feature places from around the world, however it seems Billionaires Row located at London’s Kensington Palace Gardens is the place tycoons like to put their tents up. The Buckingham Palace with a $1.55 billion value tops the list. It’s not just the building that adds value to the property, by living there the Queen herself contribute to the higher value of the palace. 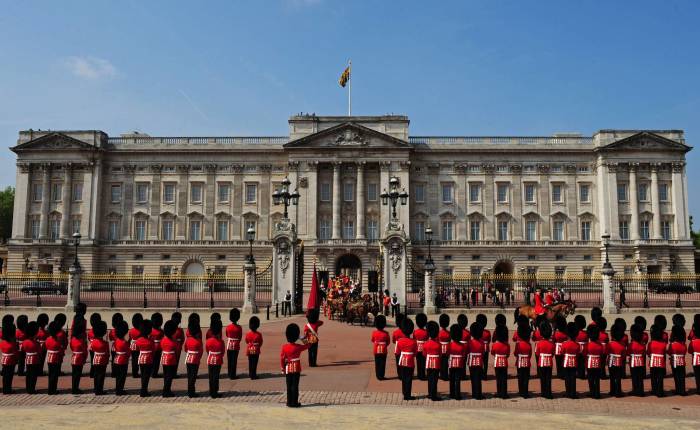 Built originally by the Duke of Buckingham in 1703 as a private residence, King George III purchased it 58 years later. The palace after much renovations and additions now has 775 rooms. Part of those 775 rooms are 19 state rooms, 52 royal and guest bedrooms, 188 staff rooms, 78 bathrooms and 92 offices. 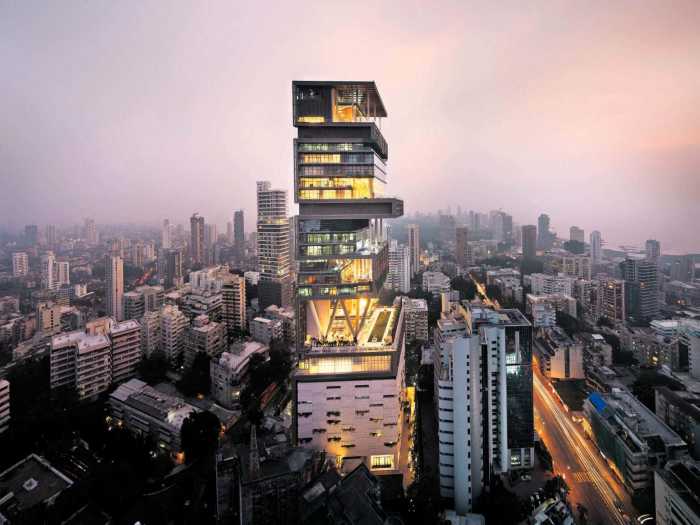 Indian billionaire and Mumbai Indians IPL franchise owner Mukesh Ambani built the 27-storey 400,000 square-feet palace in the middle of Mumbai. It takes a village to maintain this unofficial palace – a staff of 600 run it. Antilla has six underground parking levels and three helicopter pads.

This villa too has a rich royal history, not British royals though. This used to be the home of Belgian King Leopold’s mistress. However, she was evicted in 1909 after king’s death. Alfred Hitchcock featured the place in the movie To Catch a Thief. Currently owned by Lily Safra, the widow of Brazilian banker Edmond Safra. 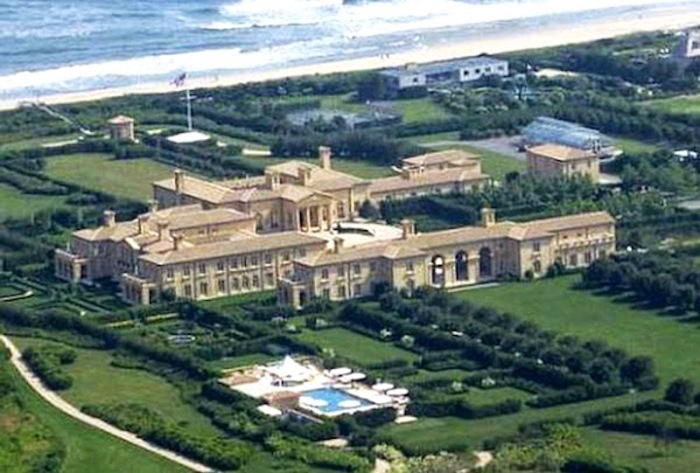 Located in America’s most expensive zip code 11962, this home come with its own power plant and a 91 foot long formal dining room. This also has 29 rooms to house guests and sporting amenities to keep them entertain. American investor and billionaire Ira Rennert call this home. 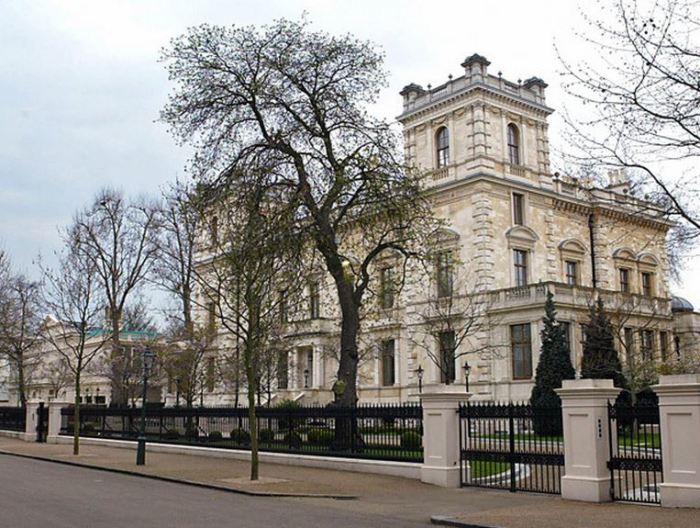 First of few other Billionaire Row mansions to show up on the list. Owned by Indian billionaire Lakshmi Mittal, this home comes with 12 bedrooms, Turkish baths, indoor pool and parking for 20. Mittal bought this in 2004 from Formula One boss Bernie Ecclestone and named it Taj Mittal. His neighbors include Princes William and Harry and Kate Middleton, we doubt they all get together for evening BBQ’s though. 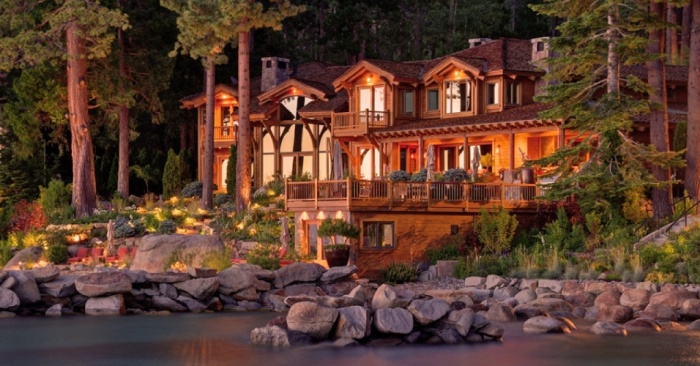 There is no need for introduction for owner of this estate – you guessed it right, Larry Ellison. Former CEO, co-founder and current chairman of Oracle calls this home. It took him nine years to build the place the way he wanted it. Spread over 23 acres, the Japanese design inspired compound feature ten buildings, a man-made lake, koi pond, tea house and a bath house. 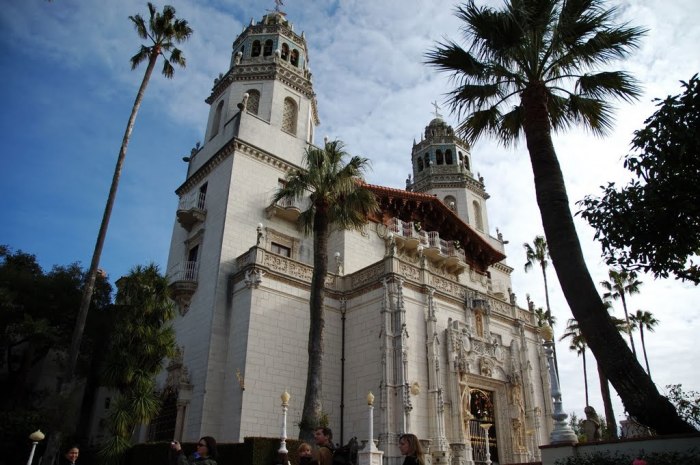 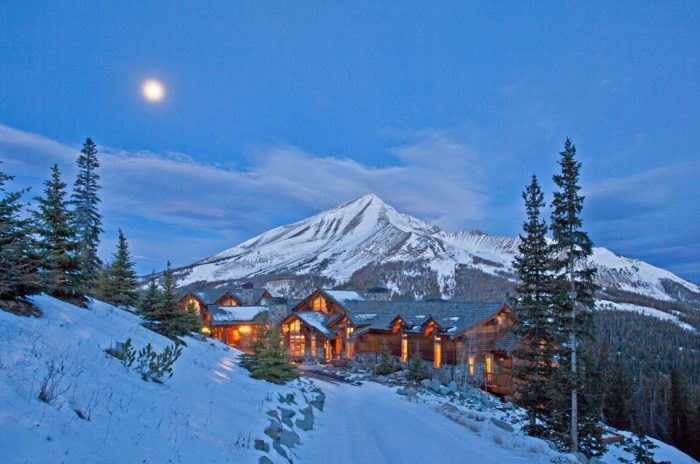 In Montana, yes! Seven the Pinnacle is considered the largest property in billionaire-infested ski and golf community, Yellowstone Club. Its list of luxury amenities include heated floors throughout the property, fireplaces in bathrooms, a huge wine-cellar and its own ski-lift. It went bankrupt in 2008 due to mismanagement and bought by Tim Blixeth and his now ex-wife. Blixeth is known for his many interests that include – real estate, timber baron, record producer and songwriter. 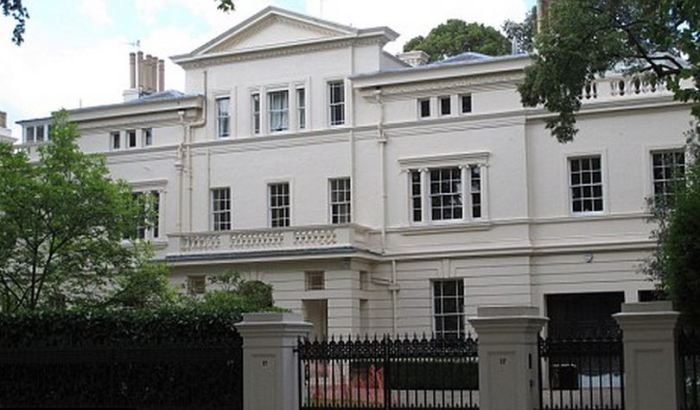 Back to London’s Kensington Palace Gardens. This is the home of Russian oligarch Roman Abramovich, better known as the owner Chelsea Football Club. Abramovich has bigger plans for the place, he intends to add an underground tennis court and an auto museum. If he gets his way value of the property will sure go through the roof. 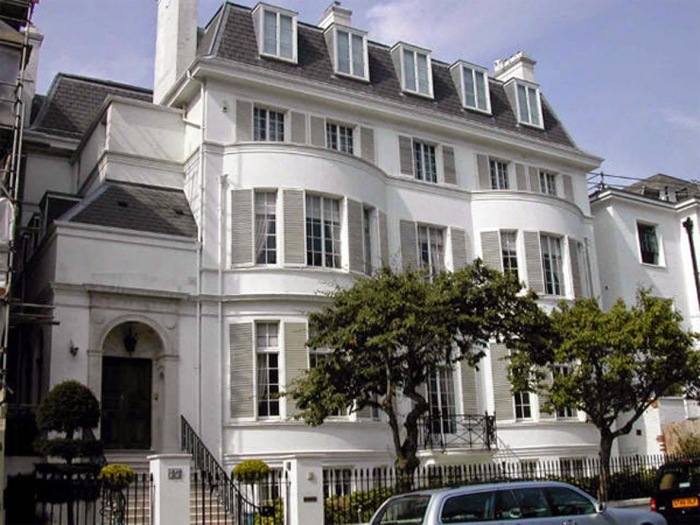 Owned by yet another oligarch, this time a Ukrainian named Elena Franchuk (who is a friend of Elton John.) This former girls’ preparatory school feature Victorian architecture that includes marble pillars, hardwood, gold and brass. It also boasts priceless artwork and old world furnishings. In addition to 10 bedrooms, it also comes with an underground pool, sauna, gym, movie-theater and a panic room!