On Saturday, May 19th, Platinum Luxury Auctions will auction Sunset Hall, an impressive Georgian estate in Ridgefield, Connecticut, that was built in 1912. Original owner James Stoker, a former U.S. Ambassador, banker and active supporter of the YMCA, built the nearly 12,000-square-foot estate at one of the highest points in Ridgefield, offering sweeping views of Long Island Sound and the Catskill Mountains. In fact, the skyline of Manhattan – only an hour’s drive away – is visible from the property. 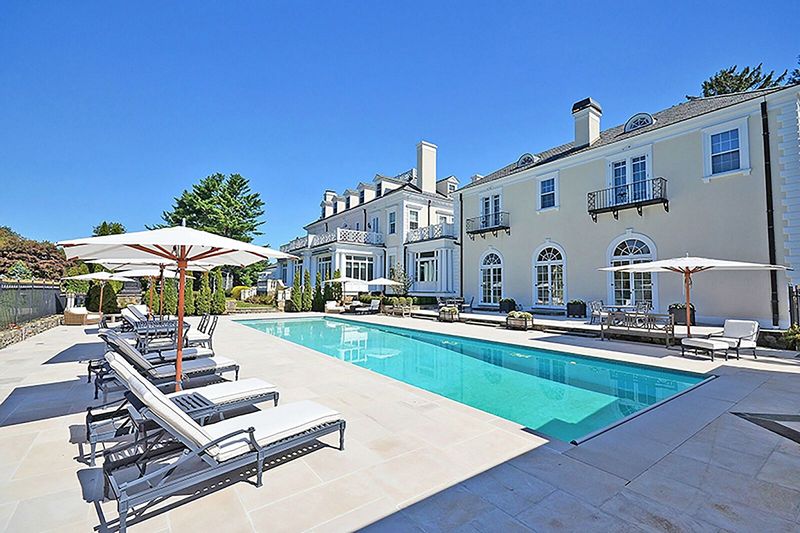 Sunset Hall has enjoyed a series of well-known owners since Stoker, including Leopold Weiss (the brother of Harry Houdini), Brooklyn multi-millionaire and beer baron Samuel Rubel and famed actor Robert Vaughn. The historic property was even considered as the permanent home of the United Nations in 1946 and has been listed on the National Register of Historic Places since 1984. It has also been carefully maintained over the years — Phillip Esser of the Ridgefield Historical Society notes that the property is “a magnificent example of a Gilded Age estate.” 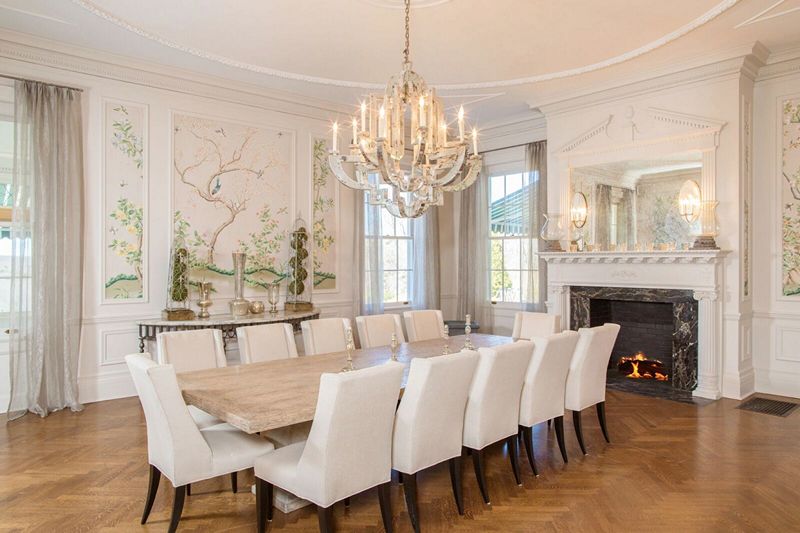 Current homeowner, Jennifer Nobandegani, purchased the estate in 2008 for $5.5 million. Ms. Nobandegani, a homemaker with two daughters, purchased the house as a weekend getaway from their home in New York City. The Georgian estate, situated on seven acres, offers 10 bedrooms, eight bathrooms, and four half bathrooms, as well as a 1,500-square-foot guest house. Property features include a 50-foot marble-floored ballroom, 65-foot heated pool, 4,000-square-foot limestone pool terrace, 9 fireplaces, tennis court and 22 rooms ranging from a gourmet kitchen to a beautiful enclosed sunroom.

With just under a million residents, Fairfield County, Connecticut is the most populous county in the Constitution State. Although often seen as an extension of the New York City metropolitan area, Fairfield County has thriving industries of its own in addition to being an important center for international businesses that prefer to have their headquarters near, as opposed to within, New York City. 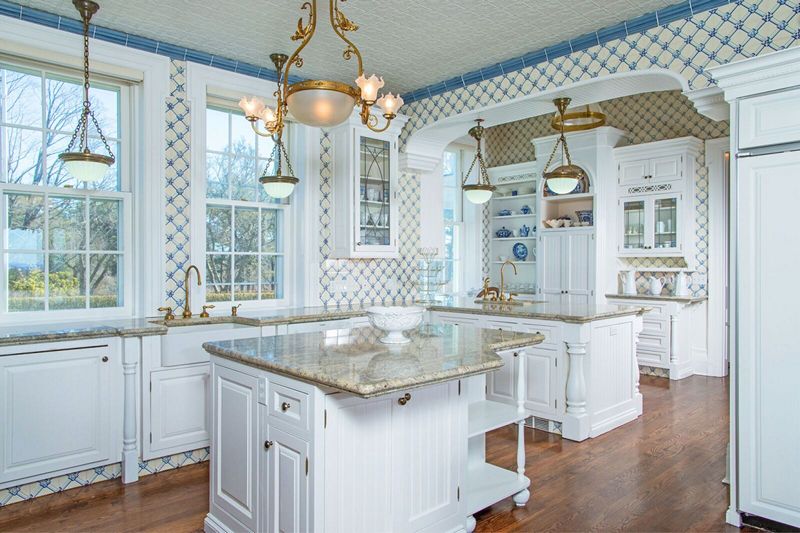 Only an hour from Manhattan by car, Fairfield County boasts a very different skyline: the Taconic mountain range. The natural beauty and historic charm of the region is famous, making the homes in the area a perfect weekend getaway from the city. Sunset Hall is ideally situated on the New York/Connecticut border within twenty minute’s drive of several Metro-North railroad stations for easy commuting.

Property Previews are being held daily from 12:00 – 4:00 pm (EDT), until the auction date. Interested parties are recommended to register to bid on the property and can contact 800.215.3183 or visit Platinum Luxury Auctions for more information.