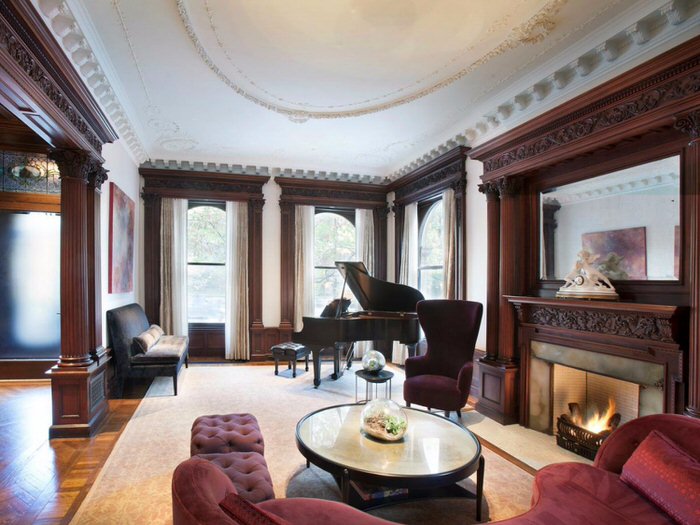 Brooklyn’s most expensive mansion just sold for a $14 million. The six-bedroom property owned by former Google and Square engineer Peter Mattis now holds the title for most expensive home in Brooklyn, taking it away from Truman Capote’s former mansion that fetched $12.5 million in 2012. The 6,865 square-feet Park Slope home built in 1899 has seen considerable amount of renovation of its interiors after Mattis’ purchased it from actors Jennifer Connelly and Paul Bettany in 2008.

The house is full of architectural details like arched windows, Corinthian columns and 12 feet ceilings. It even has a manual dumb-waiter connected directly to the kitchen. Somewhat unusual, its kitchen is located in the basement and feature a huge white marble island in addition two ovens and a chandelier too modern for a kitchen. 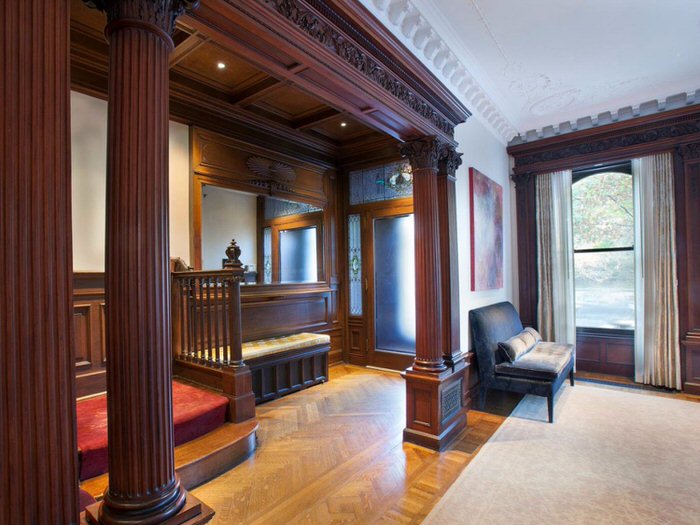 The four-floor mansion has a spacious master bedroom with a seating area and a fireplace. It also feature large walking closets and tall mirrors. Located on the other side of the dressing room is a large sitting area with a balcony and another fireplace. Bathrooms of master and kids room has beautiful stained-glass windows. The fourth-floor attic consist of a kids playroom and an additional room. Also on the attic is an office with a wet bar. 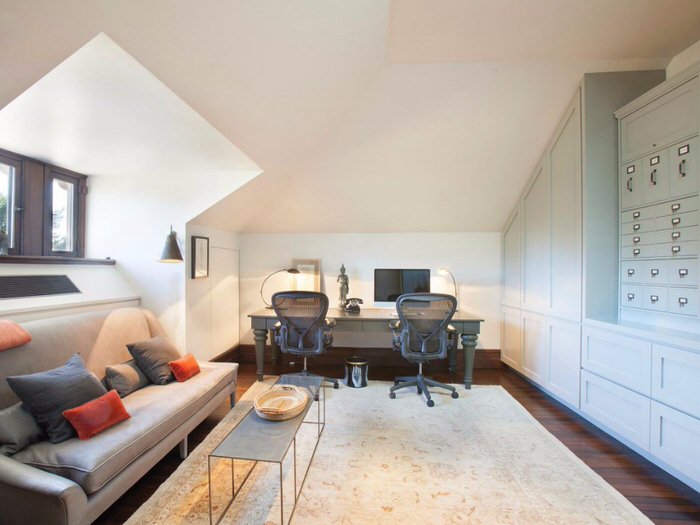 If new owners are the entertaining types they can do so in the spacious dining room, which has a solid wood dining table that seats 12. There is also a patio area large enough to hold a barbecue for 15-20 people. 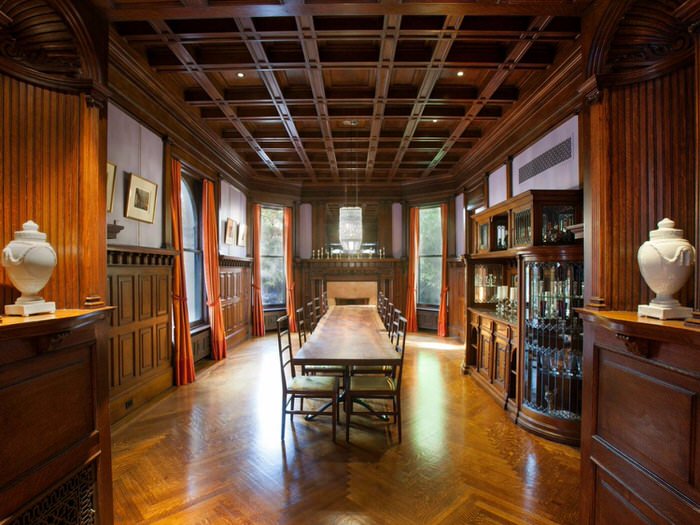 In space challenged Brooklyn they practically have the Prospect Park to themselves. The home is sits across the road from the park and has a direct view of it. 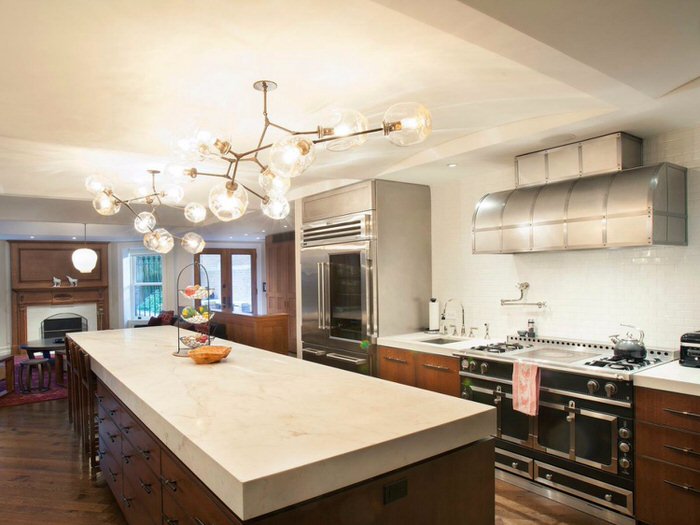 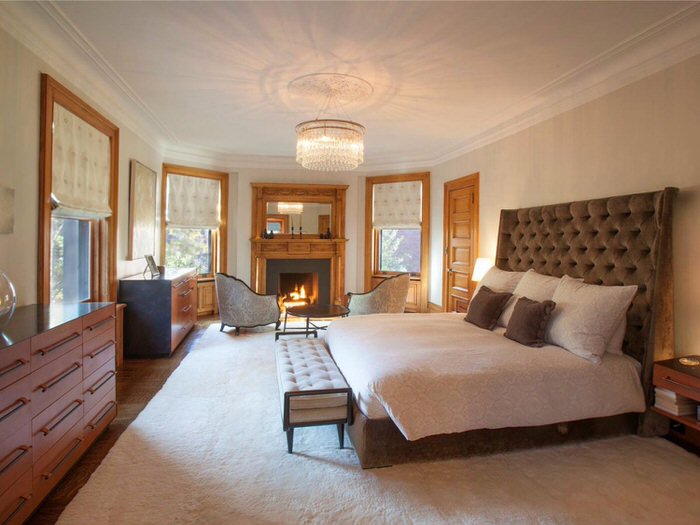 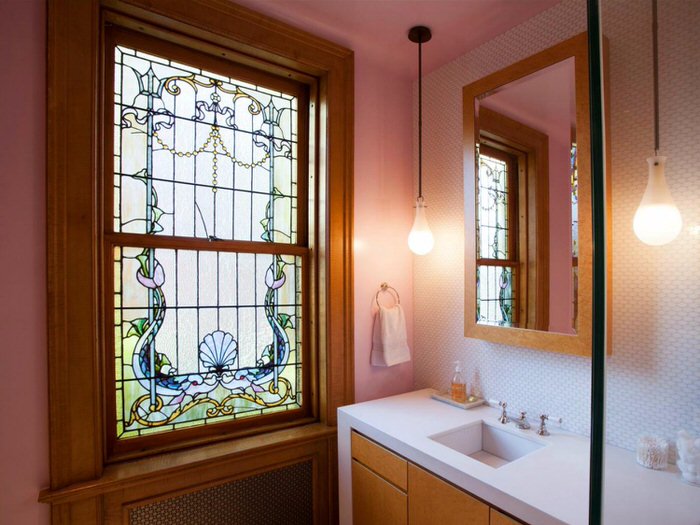 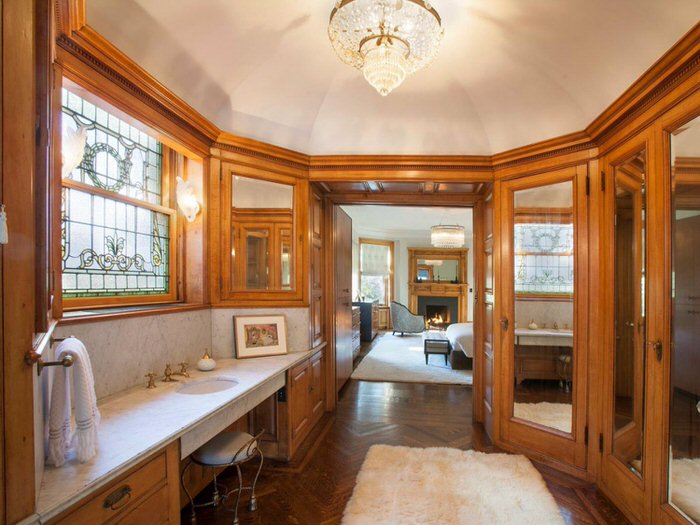 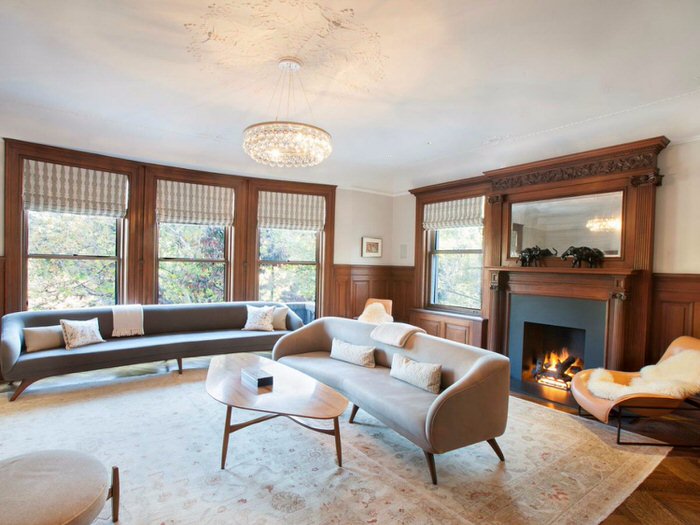 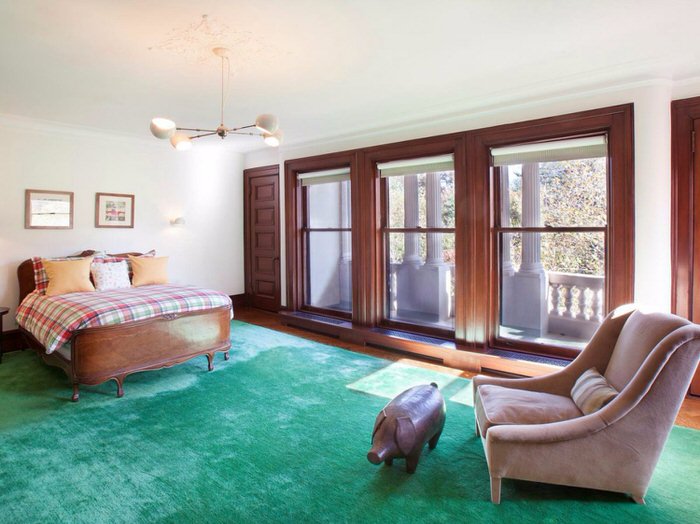 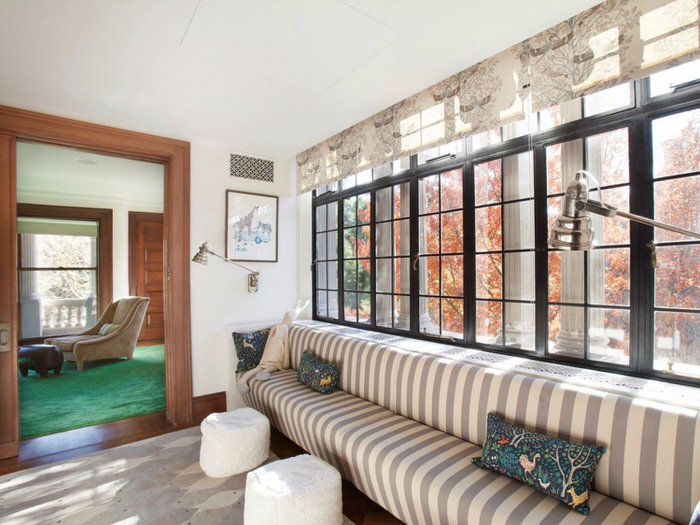 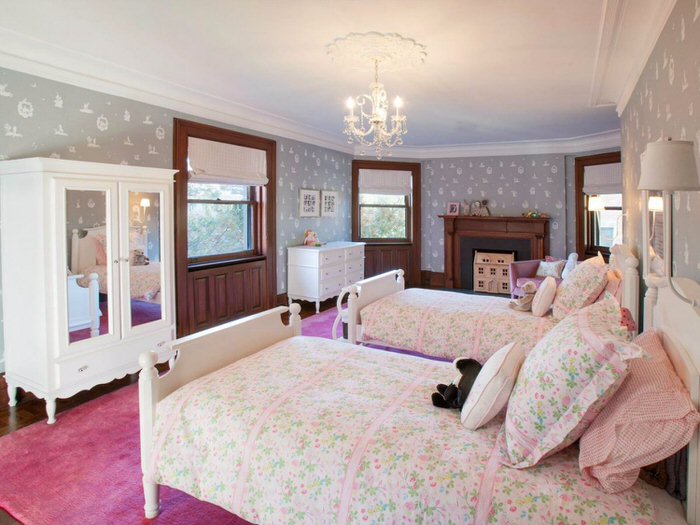 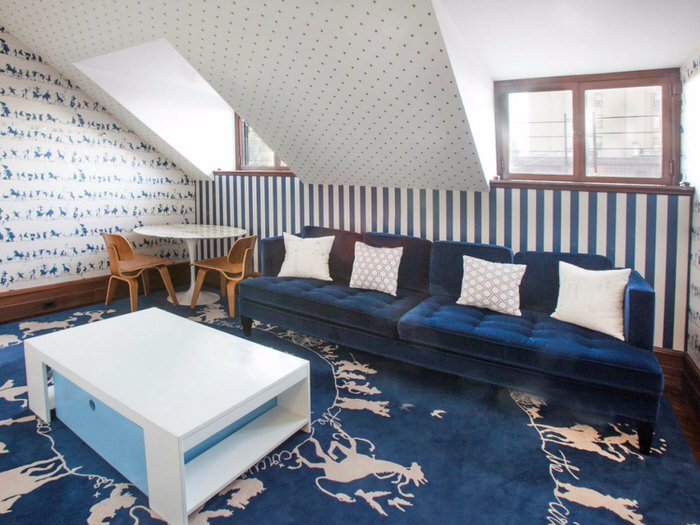 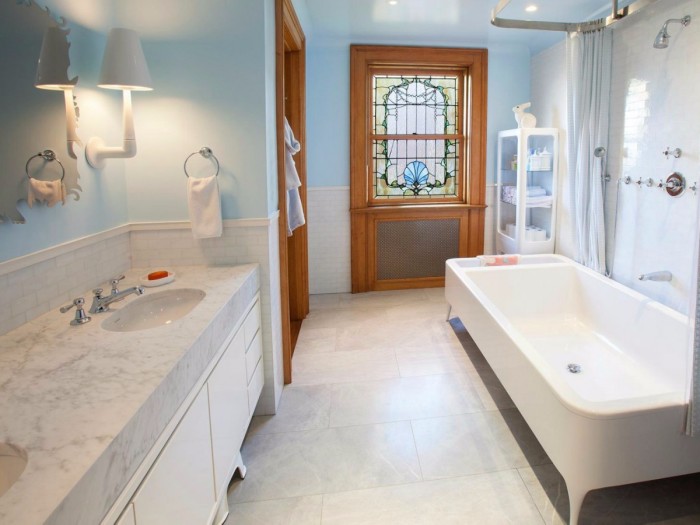 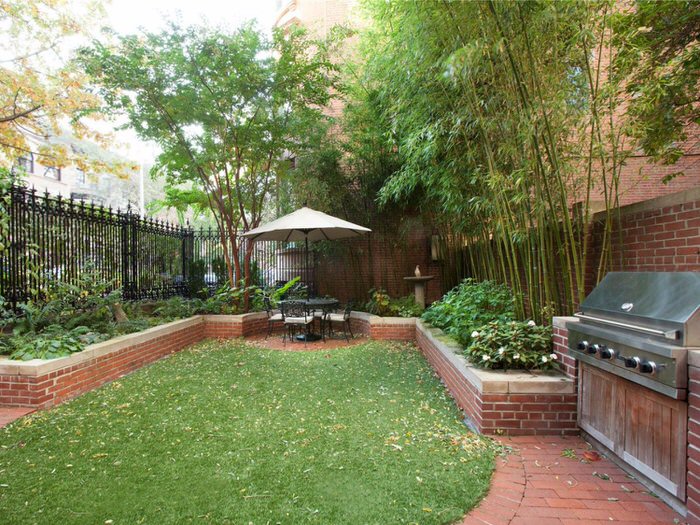 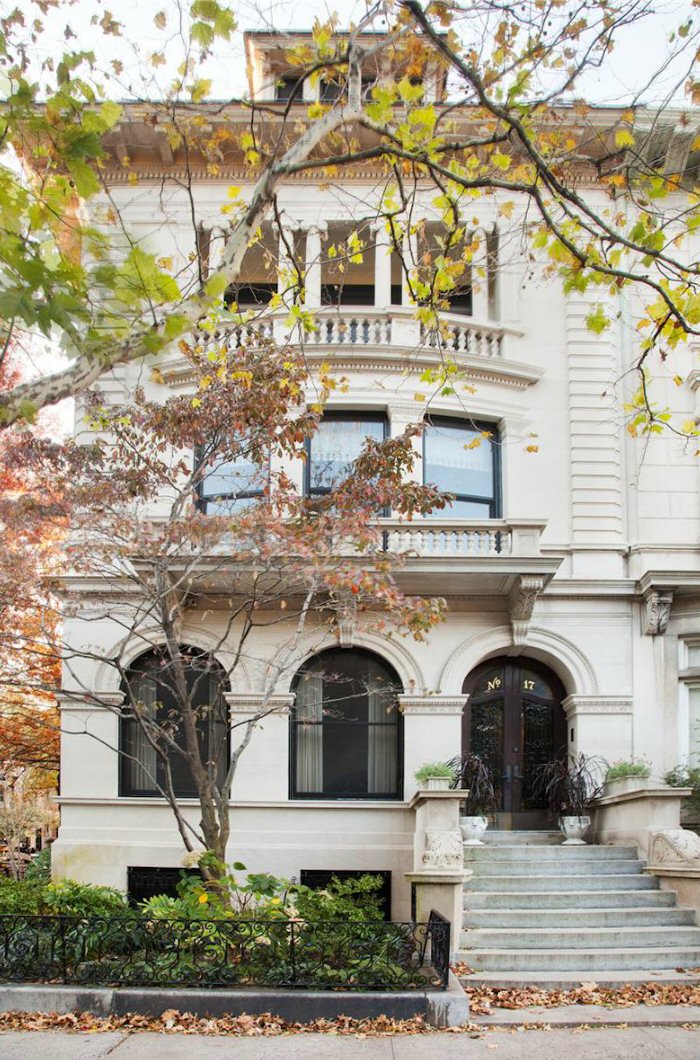