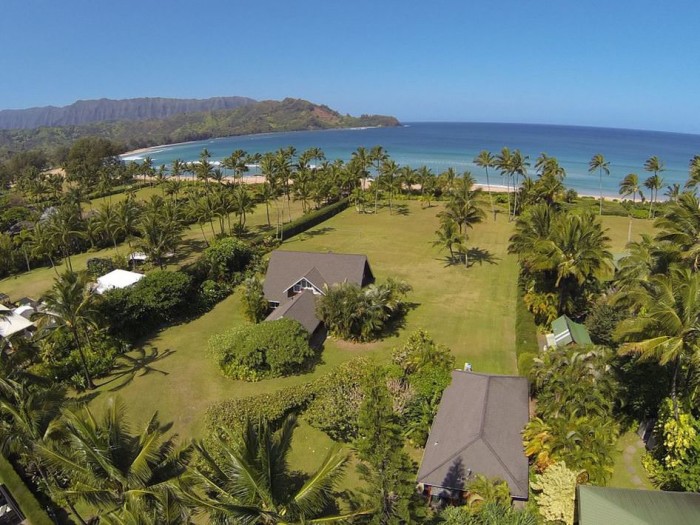 A pretty woman from mainland USA is selling her 2 acre beachfront property in Hawaii. My apologies, I meant to say actress Julia Roberts has put her Hawaiian property up for sale for $29.85 million. The sprawling property, named “The Faye Estate”, located in Hanalei on the northern shore of Kauai is a rarity as developers these days sub-divide every land they lay their hands on. The massive home boasts almost 3,800 square feet of living space. Built in 1946 the estate is a paradise within a paradise with its own 200 feet of beachfront and sandbars. It has incredible views named “mauka and makai”, in Hawaiian it means toward the mountains and seaward. Hanalei Bay also offers plenty of nature’s fury via consistent offshore winds but also shelter from it.

The Faye Estate named for its former sugar plantation owner Hans Peter Faye has 7 seven bedrooms and 4 bathrooms. It has permission to build 9,000 square feet of building, with a house measuring only 3,800 it still has plenty of room for more buildings and couple of pools too. With two acres of land there is ample room for outdoor parties and BBQs. 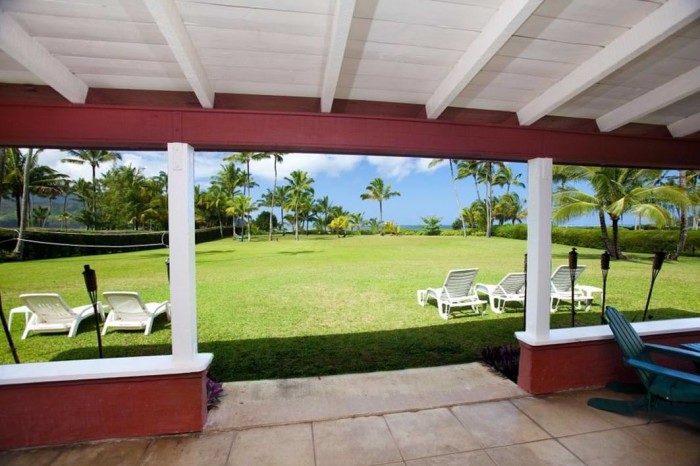 Oscar winner owns more properties in the mainland US. With kids growing up and a movie career winding down shedding extra baggage for a profit is a wise move. She bought the property not so long ago in 2011 for $13.4 million, if Roberts manage to get the asking $30 million there will be a nice few million profit for everyone to share. If interested check out the listing held by Neal Norman of Hawai’i Life Real Estate Brokers. Did I mention that Mark Zuckerberg and Chuck Norris also own properties nearby? 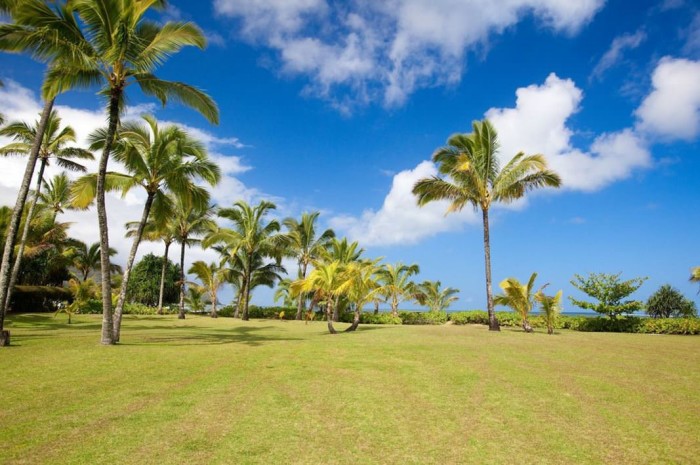 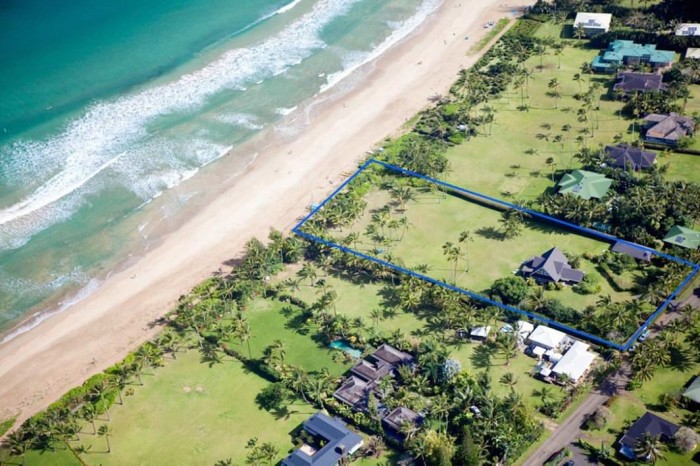