This is one amazing property. Actor Johnny Depp’s “private village” near Saint Tropez is now listed with Sotheby’s International Realty with an asking price of $25.76 million, as these pictures show it is worth every penny of that price tag. Depp bought the 37-acre property in 2001 and spent an additional $10 million restoring and decorating it. According to Alexander Kraft of Sotheby’s, actor himself did most of the renovation work. Located in the village of Plan de la Tour, the estate is described as a small Provençal village boasting the main house, guest cottages, a chapel, a bar and restaurant, a workshop/garage and a staff house. 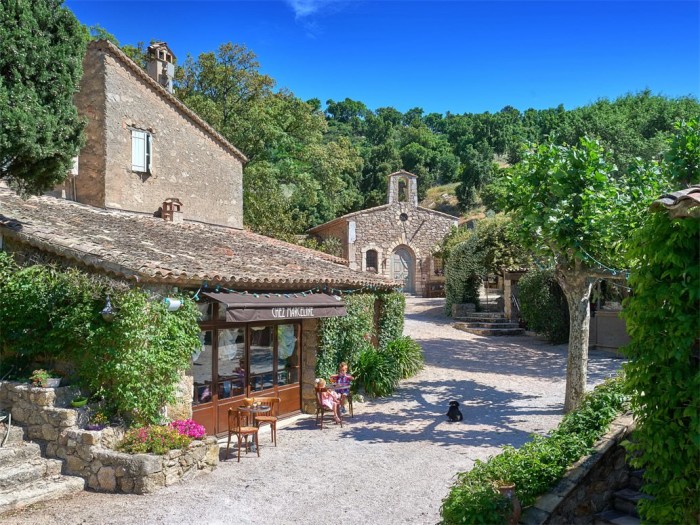 The charming property has about 10,760 square-ft of living space including 12 bedrooms and 12 full bathrooms. Original documents relating to the stone-built house and land shows it is at least 200 years old – it was registered with French authorities in 1812. 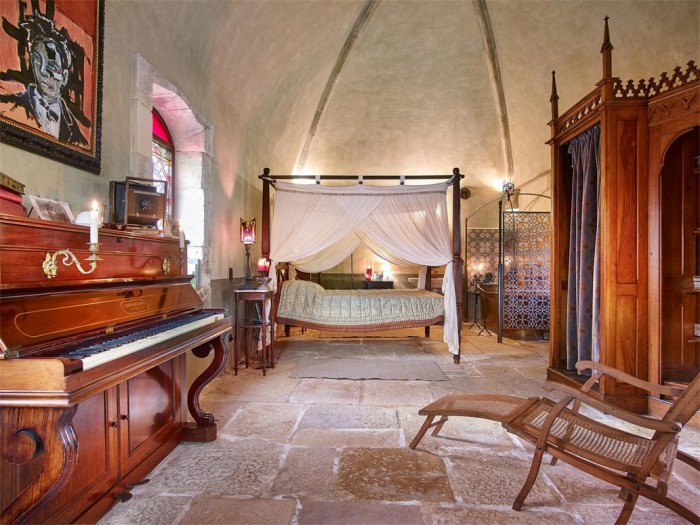 The tranquil estate features sloped and landscaped grounds with vineyards, olive trees, a vegetable garden and fountains. A large swimming pool surrounded by sand, a smaller swimming pool and a skateboard area are also on the property. Other structures include a hunter’s cabin, a painter’s studio where Depp worked, a children’s playroom and a gym. 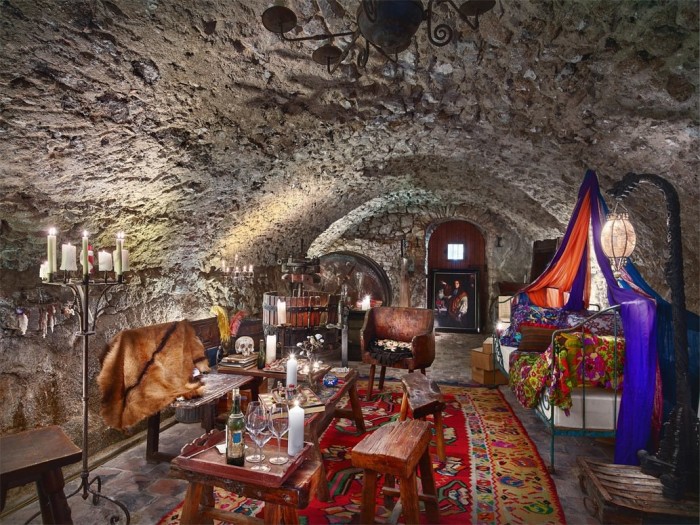 The church look like a church only from the outside because Depp converted it to a guesthouse. He also installed a wine-tasting cave which more or less look like a set from “The Pirates of the Caribbean” films, as you can see from the picture above there is a skull placed on the bench. 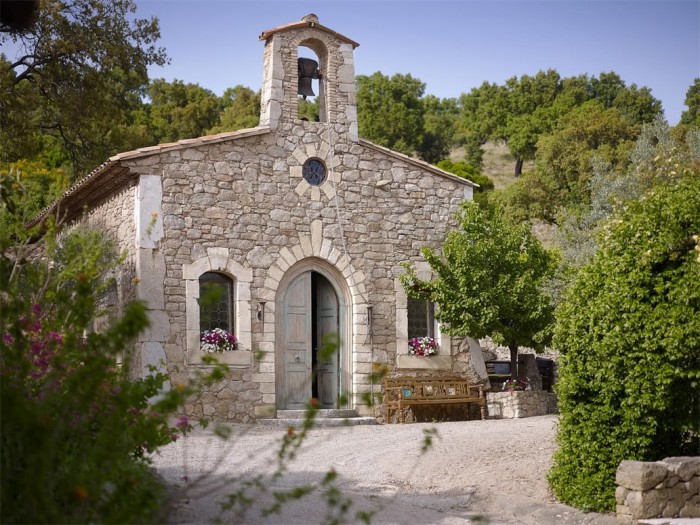 Interior decorations done mostly by Depp and his then-partner French actress Vanessa Paradis include Depp’s paintings, antiques and musical instruments. Depp not only has talent for acting and painting he is apparently a decent musician too. 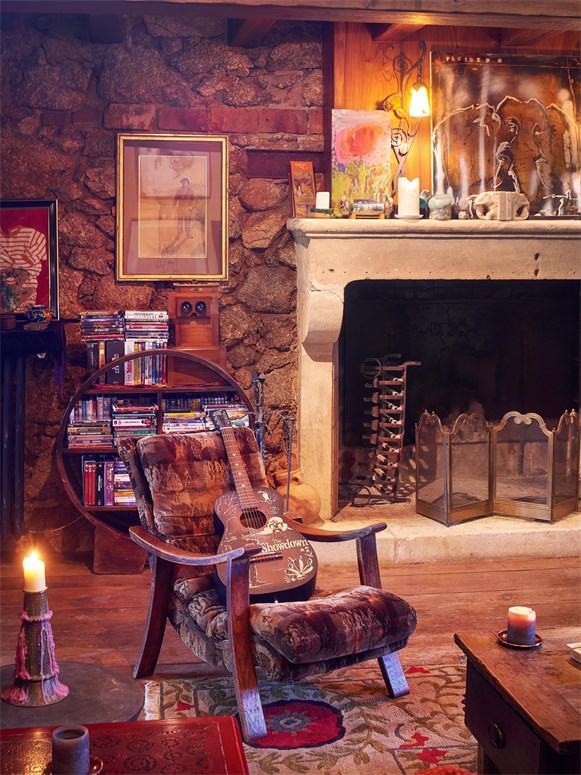 There is more good news for new owners of this wonderful estate. Included in the $26 million price tag are furniture and “a great number of personal belongings of Depp.” 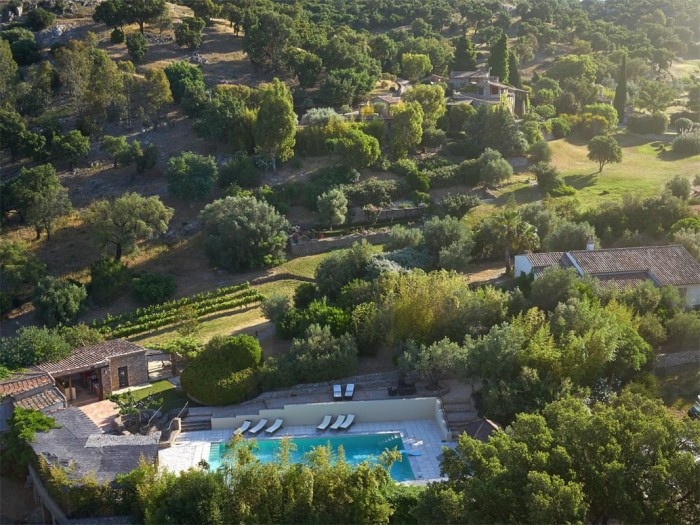 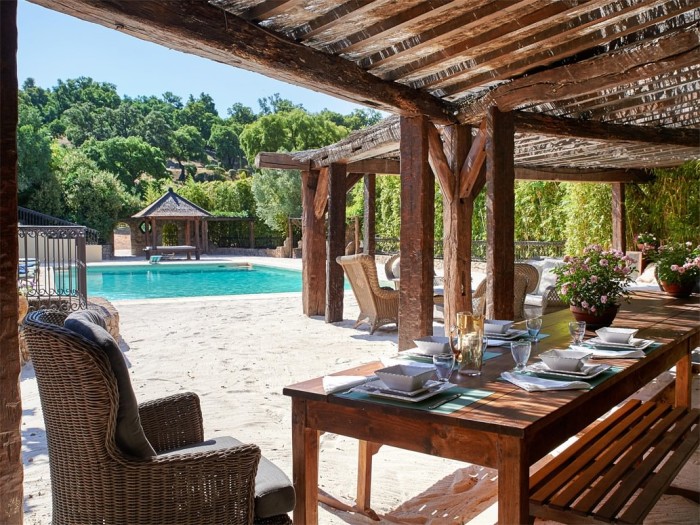 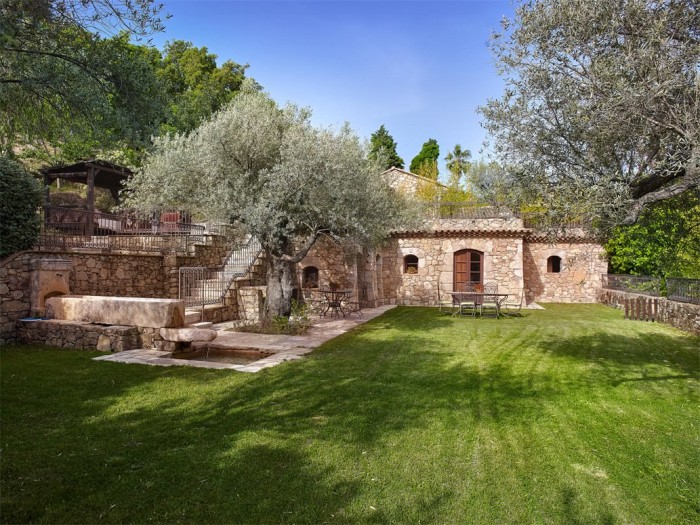 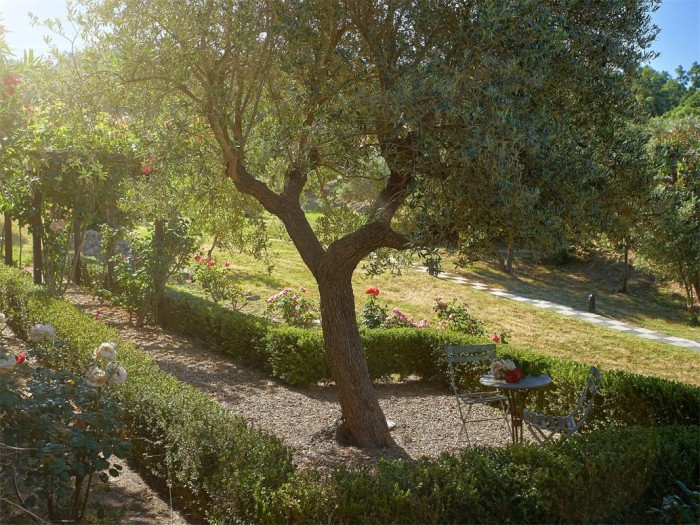