You have to be an oligarch, Russian or otherwise to be able to afford a unique waterfront property like this. The Copper Beech Farm surrounded by 50 acres of prime land in Greenwich, CT is the last of its kind near New York. It was put on the market in May with an astounding asking price of $190 million, that number is now cut by $50 million to $140 million. This is the most expensive home publicly listed for sale in the US as records show.

The property is named for the copper beech trees that hide it from street views and provide great privacy. It is also protected from intruders and onlookers by vegetation-covered high stone walls. Its 1,800 sq ft winding driveway is also surrounded by woods and gardens in all directions. The great Victorian manor built in 1898 sits hidden behind all these trees and woods. 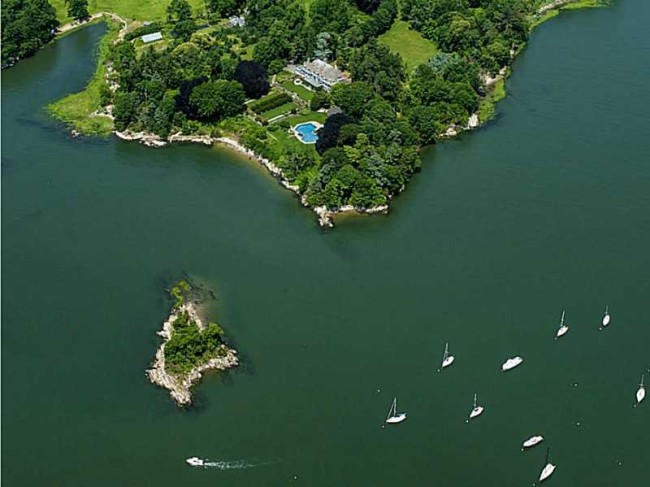 Harriet Lauder Greenway bought the home in 1904 and lived there for over 75 years, and current owner millionaire timber mogul John Rudey and his wife Laurie bought it in 1982 for $7.55 million. Features of the house and the property is a never ending list, but let’s take a look at some of them. Two small islands are part of the property, it is 40 ft above mean high water – means it is safe from storms like Sandy. Amazing shore-front views, beautiful walled gardens, a 75-foot pool with a spa, a beach, a tennis court, a greenhouse, a stone carriage house and a cottage in a quiet but convenient location. 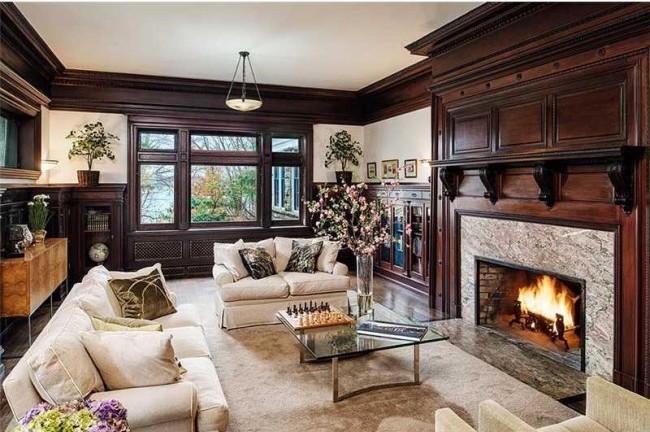 With its two stone brackets, the front of the mansion looks like a mini castle. Its remarkable fireplace rises three stories up and entrance room goes all the way from front to back. Living room and main rooms feature 12-foot ceilings, fireplaces, and French doors. Additional features include a huge solarium with a paneled library, a huge bow window and a dining room with oak columns. The adjoining kitchen features a massive skylight, a long oval family room, and large bow window. This is a very large mansion that spans 13,519 sq ft across four floors. 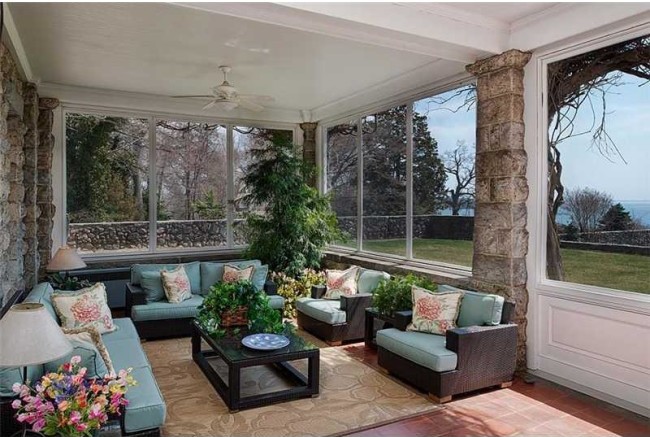 The second floor has six bedrooms including the master suite with a fireplace, a sleeping porch, and a marble bathroom. Of the other five – two bedrooms have access to a large balcony, two others are oval bedrooms and one has a fireplace and a sleeping porch. The third floor consists of four bedrooms and staff quarters. The basement includes the old staff kitchen with a dumbwaiter, a sitting room, a wine cellar and one of the several laundries. The octagonal pool house is located next to the heated pool with dressing and bath facilities. Another great feature is the pergola near tennis court with a great view. 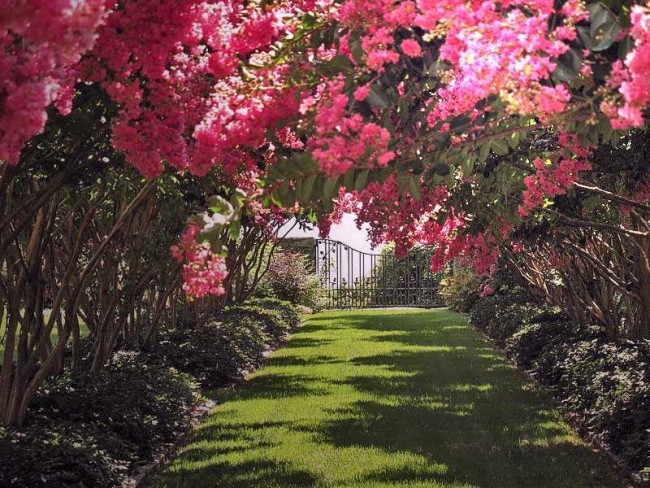 The second building on the property, the stone carriage house features a clock tower, a large upstairs with great views of the Long Island Sound, plenty of garage space and milking stalls from old days. The cottage comes with three bedrooms and a beautiful porch. The asking price of $140 million is mainly for the 50-acre land which carries subdivision approval. Of the 50 acres, two acres are residential. The property is divided into two tax lots of 20 acres and 30.6. It is allowed to further divide into as many as 12 lots under Greenwich’s zoning laws. Subdivision approval is sure to create buzz among property developers. As Copper Beech Farm’s real estate broker David Ogilvy said to Forbes “There really hasn’t been anything of this price area that has sold, but there’s also only one 50 acre waterfront estate.”

UPDATE: Sold for $120 million, a record-setting price for a US home. 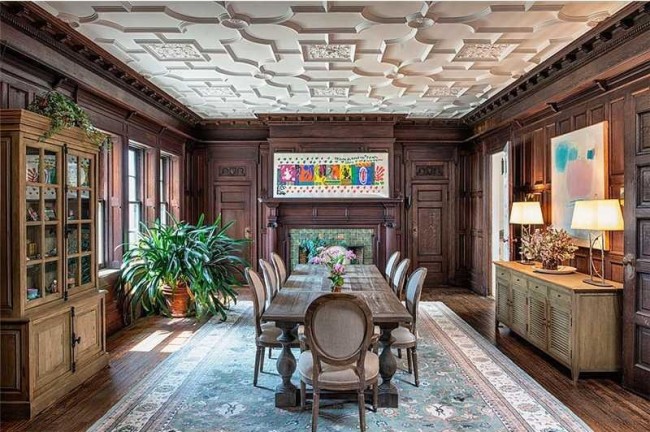 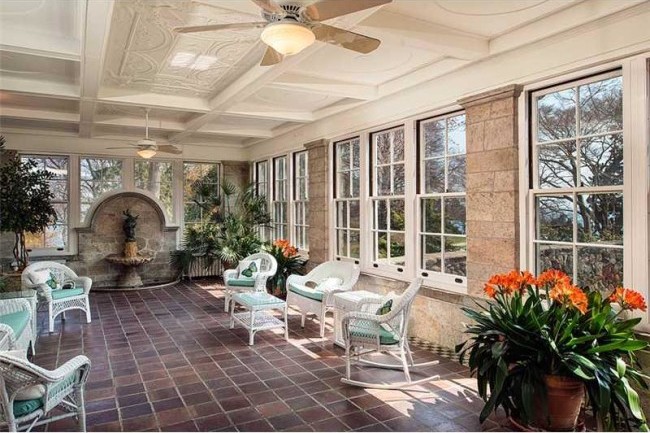 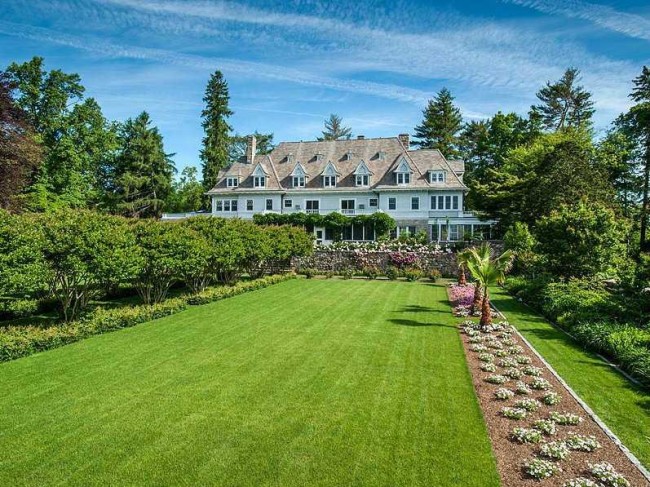 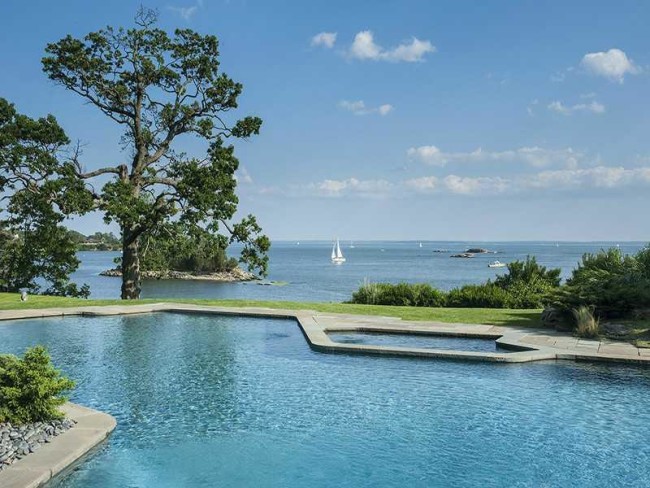 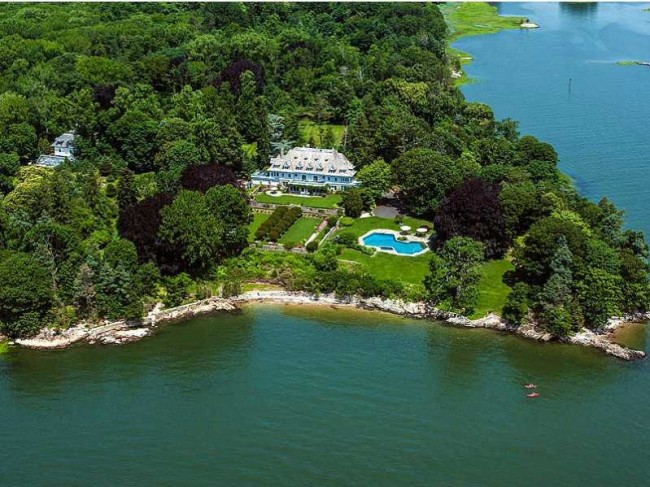